Ten women have accused the influential German dealer Johann König of sexual misconduct in a report published today by the outlet Die Zeit.

The women accused König, who runs an eponymous gallery with locations in Berlin, Seoul, and Vienna, of making unwanted sexual comments and inappropriate touching. One woman accused König of forcibly kissing her.

According to Die Zeit, these allegations, some of which were by women who requested anonymity, date back several years. They had not been made public until now, however, because the women initially didn’t want them reported for fear of retaliation, the investigation said, and because there had been “at least one” pending complaint against him. 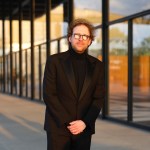 Dealer Johann König Responds to Allegations of Sexual Misconduct: 'I Will Take Action Against This Defamation'

“These allegations are baseless and untrue,” said König in a statement to ARTnews. “I am already being represented by a lawyer in this matter and all legal steps are being examined to prevent the dissemination of these false facts.”

One of König’s accusers had filed a criminal complaint against König, according to Die Zeit, but the investigation was dropped because she did so anonymously.

König is one of the Berlin art scene’s integral figures. The son of curator Kasper König, he opened his gallery at age 21 in 2002. In 2019, the New York Times reported that he has a “reputation as one of Germany’s most influential young art dealers.”

The gallery is among the more than 100 participants in the inaugural edition of Frieze Seoul, which launches on Friday.

Although König had been interviewed by Die Zeit, his lawyers reportedly forbid the publication from quoting him. The lawyers denied all allegations put forward by Die Zeit while also acknowledging that, at some point, König had responded to the accusations. But they said he only did so as a “precaution.”

ARTnews has reached out to König Galerie for comment.

Some of the incidents reported by Die Zeit allegedly took place in 2017, during the FIAC art fair in Paris. “Three employees of a Paris gallery and the director of a New York gallery at the time” reportedly told of parties at which König groped women’s breasts and held one of his accusers so tight that she “couldn’t move.”

An unnamed gallery employee reportedly recounted a similar incident having taken place at a party. At that event, he allegedly pressed himself against her, then strongly gripped her.

A Berlin architect who went by the name Sarah M. told the publication that, also in 2017, König had forcibly kissed her at the Grill Royal, a restaurant in the German capital. König has denied this.

König has previously spoken about the importance of the #MeToo movement in the art world. In 2018, Die Zeit wrote, in a profile of König, “The movement has sharpened his consciousness.Men, as he puts it now, have to act much more consciously in gender relations than they might have done in the past.”

A new English translation of König’s memoir, Blind Gallerist, is expected to arrive in the U.S. this November after its initial publication abroad in 2019. A representative for the MIT Press, which is distributing the book for the publisher Sternberg Press in the U.S., declined to comment.

Correction, 9/1/22, 7:15 a.m.: This article has been updated with a statement from König. Additionally, the article has been corrected to reflect that the employee who accused König of gripping her at a party was not one who formerly worked specifically at his gallery.