Former trustees of the Orlando Museum of Art have spoken out about the circumstances of their dismissal amid fallout from an exhibition of paintings attributed to Jean-Michel Basquiat.

Five ex-trustees told the Orlando Sentinel that museum leadership withheld information about the FBI’s investigation of the purported Basquiat artworks. According to their statement, the former board chair, Cynthia Brumback, did not inform the board that the OMA had been served an FBI subpoena. They claimed they learned of the situation through the media.

The former trustees allege that when they called for a meeting to discuss Brumback’s handling of the situation, the members were “terminated” from the board via email using a newly adopted bylaw that stipulates a nine-year term limit. 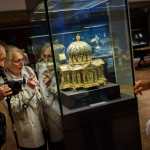 Ted Brown, an attorney with Holland & Knight and one of the former board members, told the Orlando Sentinel that he and the other board members were “dismayed” bya column Brumback wrote in June that addressed the FBI’s seizure of the contents of the exhibition, “Heroes and Monsters.” In the column, Brumback calls the incident “embarrassing” and asks the community to “stand by us.”

Brown and the other trustees, however, say Brumback’s repeated use of “us” is misleading because she withheld the crucial fact that the museum had been served the subpoena.

“She did not share the information about that subpoena with anyone on the board,” with one exception, Brown told the Sentinel. The trustee who handled finances was made privy to the details of the FBI investigation only after questioning why the museum was spending thousands of dollars on legal fees, but was sworn to secrecy—despite there being no law that precludes him from discussing the subpoena with the board.

After the FBI raid, the board “begged and begged and begged [Brumback] to come clean on that,” retired Judge Winifred Sharp, another trustee dismissed by the new bylaws, told the Sentinel. “It was solely her decision not to tell us.”

The Sentinel‘s article quoted an email that Brown reportedly sent to Brumback in which he said she “did not inform the board about the subpoena but made the decision to handle this on [her] own.”

The OMA responded to the claims made by the former trustees in a statement released yesterday: “We would like to clarify that there was no intent to implicate any of the Trustees who reached their term limits as having anything to do with the ‘Heroes & Monsters’ exhibition.”

The statement added: “The timing simply reflects a needed and logical step toward adhering to, and being governed by, our new bylaws, passed unanimously by the Board of Trustees in April of this year. The former Trustees were present at the meeting where those bylaws were passed.”

Last week the OMA announced that Brumback, whose term as chair ended in June, would be replaced by trusteeMark Elliot, who began his term immediately. That same week the museum’s interim director, Luder Whitlock—whose “steady command” was lauded by Brumback upon his appointment—announced his resignation after less than two months on the job.

The museum said that the search for a “new, permanent” director and CEO is underway.

Whitlock, who previously served as interim director from March 2020 to January 2021, assumed leadership after the ousting of former director and CEO Aaron De Groft, who brought the contested Basquiat paintings to the museum and adamantly defended their authenticity during mounting challenges to their credibility. De Groft was fired on June 28 by the board of trustees, only four days after the FBI raid.

De Groft and the paintings’ owners claimed they were created by Basquiat while he was living and working in Los Angeles in 1982. The FBI affidavit provided evidence to the contrary, the most daring of which was an interview with the so-called buyer of the paintings, who said he had never even met Basquiat.

In the wake of De Groft’s firing the OMA assembled a task force to investigate the events surrounding the Basquiat exhibition. In the statment released yesterday, the museum shared that it expected the expect the results of the investigation to be ready to be presented to the board by the end of September.

“Once complete, we will use the pertinent findings as a learning tool to help shape our policies and procedures moving forward,” the OMA’s task force said in a statement on Tuesday.

Critics of the OMA say that the trustees could have averted the scandal which has shaken the institution’sphilanthropic and public support. An FBI subpoena was sent to OMA on July 27, 2021—almost seven months before the exhibition opened—demanding “any and all” communications among the museum’s staff, board, and the owners of the paintings.

“When the board got information, we did act decisively and quickly,” Brown said, referring to the firing of De Groft.

“The trustees are the trustees, they are the stewards,” he added. “There are questions I would have asked if I had known I needed to.”