For the first time, an artist will help organize one of the U.S.’s top biennial-style shows. Artist Ebony G. Patterson will co-curate the 2024 edition of the Prospect New Orleans triennial with Miranda Lash, whose appointment was announced in June.

Patterson and Lash have known each other since 2017. Lash organized a 2019 survey of Patterson’s work at the Speed Art Museum in Louisville, Kentucky, where Lash was previously a curator.

Patterson joins a wave of artists who are curating biennial-style exhibitions right now. Documenta, a vast exhibition staged once ever five years in Kassel, Germany, was this time organized by the collective ruangrupa, which focused on the highlighting the practices of various international collectives and has faced several controversies during its run. Kader Attia curated this year’s polarizing Berlin Biennale, which saw three artists withdraw from the exhibition. 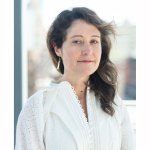 Meanwhile, filmmaker Amar Kanwar is one of three curators of the 2023 Bienal de São Paulo. Other artists who have stepped into the curator’s role include Raqs Media Collective, which organized Manifest 7 in 2008, the 2016 Shanghai Biennale, and the 2020 Yokohama Triennale.

In her installations and sculptures, Patterson has considered issues related to colonialism, focusing on the destruction of the natural environment, various forms of violence, and more. Often, she proposes various forms of healing following tragedies.

While Lash and Patterson have not provided a theme yet for their triennial, Patterson promised that their edition would place an emphasis on why artists matter.

“There are so many practices that knit New Orleans together that generate and reflect both local specificity and global concerns,” Patterson said in a statement. “Through bringing my artistic background and perspective to the role and our collaborations with artists, I plan to center the value of the artist.”