$19 M. Worth of Antiquities Returned toItaly

Authorities returned nearly 60 antiquities worth an estimated $19 million to Italy in a repatriation ceremony on Monday. Around a third of the objects had been seized from the Metropolitan Museum of Art in New York.

Fabrizio Di Michele, Consul General of Italy, was among the Italian officials present at the ceremony to receive the items on behalf of the Italian government. In a statement, Di Michele applauded the Manhattan District Attorney’s office and Homeland Security, who conducted investigations that led to the recovery of the artifacts. He called their ongoing efforts “tireless and steadfast.” 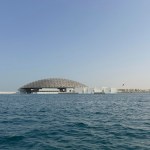 Last week, reports circulated that the Met was subject of several warrants that led to the seizure of 27 antiquities from their permanent collection that derive from regions across Italy, Greece, and Egypt. The museum said it would cooperate with New York officials, who began carrying out searches at the Met in February. The seizures were first reported by the International Consortium of Investigative Journalists.

Some of the items taken from the Met had once passed through the hands of the implicated antiquities dealer Gianfranco Becchina,who was investigated for illicit trading of ancient artifacts by the Italian government in 2001. Many of the objects linked to Becchina in the Met’s collection had entered the museum before the allegations against him became public.

The return is part of New York authorities’ efforts to ramp up seizures of ancient artworks believed to have been looted or traded without legal title across international borders.

This is the third repatriation ceremony the New York office has conducted with Italian officials in the last nine months. In June, the Italian government opened a museum in Rome dedicated to artifacts recovered abroad called the Museum for Rescued Art in Rome. Some $10 million worth of antiquities seized in New York make up that institution’s collection.