BTS’s RM reveals the major artworks in his collection, including a recently purchased $1.2M RoniHorn

RM, the 27-year-old leader of the Korean pop group BTS and an avid art collector and influencer, released a new video on YouTube in late July and several Instagram posts showing off his recent art-related travels and apparent growing art collection to fans.

Most prominent among the works was a $1.2 million sculpture by American multidisciplinary artist Roni Horn titled Untitled (But the boomerang that returns is not the same one I threw), 2013–17. The work, a translucent, solid glass cylinder, is titled after a literary quote, like other works in the series. In this case, the quote comes from Sputnik Sweetheart, a novel by Haruki Murakami, an author RM has been spotted reading and has discussed as an inspiration for his songwriting. 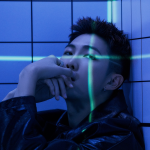 BTS's RM Talks about His Growing Influence and Appreciation of Art

RM, who shared a photo of the piece in his home to Instagram, apparently purchased it in December 2021 from Xavier Hufkens, Horn’s longtime gallery in Brussels.

RM offered a glimpse at other pieces in his home in the vlog, including two works by Korean artist Yun Hyong-keun, a sculpture by the American Minimalist Joel Shapiro, and a work by Korean artist Lee Bae, whom RM is highlighting in a photo book. RM has also shared a Lee work in the HYBE building, the entertainment company behind BTS, outside his studio. Yun is a longtime favorite of the musician, and he has touted his work during his recent travels.

In the vlog, RM shared his recent art-related travel to Basel, Switzerland, and Paris, France, to attend the Art Basel art fair and visit the Pinault Collection at the Bourse de Commerce, a landmark Parisian building converted to a contemporary art museum last year. The Pinault Collection was showing a joint exhibition of work by Horn and conceptual artist Felix Gonzalez-Torres that RM described as “my absolute favorite.”

The trip to Art Basel was RM’s first, he said in the vlog. He called Art Basel “[the] world’s greatest art fair.”

“I’ve been to art fairs in Korea a few times, but I’ve always wanted to visit Art Basel when abroad,” he said in the video. “I wanted to go to Art Basel held in Basel, Switzerland the most so I made time to come all the way here for that.”

While at Art Basel, RM highlighted a number of works by Korean contemporary artists, including Yoo Youngkuk, Lee Seung Jio, Do Ho Suh, and Nam June Paik. Paik is a favorite of RM’s, and both his work and the Nam June Paik Center have been featured on RM’s Instagram. RM attended Yoo Youngkuk’s recent exhibit at Kukje Gallery in Seoul.

At the fair, RM sought out sculpture by Swiss artist Ugo Rondinone, from the artists’ Nuns and Monks series, saying it took him a while to find it. RM saw Rondinone’s “Seven Magic Mountains” in Las Vegas earlier this year, and he has gone to see other Rondinone works on display in Korea. RM also owns a smaller-scale Rondinone sculpture.

The vlog shows RM asking someone, possibly a staff member, an inaudible question in front of Philip Guston’s At the Table (1969) painting. Over the years, he has shared pictures of himself reading Robert Storr’s book about the artist while in Korea and more recently saw “Philip Guston Now,” the controversial, long-delayed exhibit of his work at the Museum of Fine Arts, Boston.

A few other highlights from the vlog during the fair included Louise Bourgeois’s Spider (1996), which sold for $40 million, and Isamu Noguchi’s Akari Light sculptures at Design Miami, which ran concurrently with Art Basel. At Art Basel Unlimited, a section of the fair featuring 70 large-scale works, RM showed off installations by Nam June Paik, Zao Wou-ki, and Alex Katz, as well as Forty Found Fakes by Donald Judd.

RM appears to be a fan of Judd, having last year visited the Chinati Foundation, where the artist had an exhibition with Yun. RM also highlighted a painting by Francis Alÿs called Case #4 (North Korea-South Korea), from his “Border Barriers Typology” series, depicting the Korean Demilitarized Zone between North and South Korea.

Beyond Art Basel, RM showed clips from his visits to Basel’s Fondation Beyeler, Vitra Design Museum, Kunstmuseum Basel, and Museum Tinguely. In Paris, he additionally visited the Centre Pompidou and the Musée d’Orsay.

At the Beyeler, RM guided the audience through a Mondrian exhibit marking the 150th anniversary of the artist’s birth. Showing two paintings of a cathedral, he showed the Dutch painter’s journey toward abstraction. During a later clip, at the Pompidou, RM commented on Mondrian’s 1942 work New York City, saying, “It’s not as tidy. Mondrian is human, as well.”

RM spotlighted a number of works by American sculptor Alexander Calder, including a mobile at Art Basel, another work at Kunstmuseum Basel, and The Tree, a stabile, or a stationary abstract sculpture, at Fondation Beyeler. RM called Calder a “pioneer of innovative mobiles” in his caption, and previously praised Calder during a speech at the Metropolitan Museum of Art last year.

RM showed works by Swiss sculptor Alberto Giacometti at both Fondation Beyeler and the Pompidou. At Kunstmuseum Basel, he went to a joint exhibit on Picasso and El Greco and pointed out a large painting by Frank Stella and four pieces by Japanese conceptual artist On Kawara. RM previously shared a photo of a painting from Kawara’s conceptual, date-based “Today Series” that was on view at Dia:Beacon in New York.