An advisory committee tasked with overseeing programming at documenta 15 has called for the cancellation of a screening of films produced by the artist collective Subversive Film amid ongoing accusations of anti-Semitism. Meanwhile, organizers of the heralded Kassel exhibition, which takes place once every five years, responded that the calls for cancellations were “censorship.”

The film project, titled “Tokyo Reels,” features a group of previously unseen films made between the 1960s and 1980s related to Japanese and Palestinian relations. A statement on a website set up by the Ramallah-to-Brussels-based collective described the the restoration project completed for documenta as exploring “the imperfect archives of transnational militant cinema.” 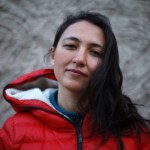 In a statement, the advisory committee, which features a panel of seven cultural experts appointed to oversee works alleged to contain anti-Semitic leanings, recommended the “urgent” cancellation of the screening, which is due to take place Wednesday. The statement cited the film’s alleged “anti-Semitic and anti-Zionist pieces,” in addition to artist commentary throughout the project that the panel said “legitimize[s] the hatred of Israel and the glorification of terrorism in the source material through their uncritical discussion.”

The panel found the use of the word “fascist” to characterize Israel within the film as “anti-Semitic,” going as far as to state that this “equates Israel with National Socialist Germany.”

The expert panel was set up in early August by the City of Kassel and the State of Hesse to analyze the ongoing anti-Semitism accusations surrounding the show.

In the most current statement, the panel accused documenta 15 of exhibiting “anti-Israel attitudes” in programming related to works that address the Arab-Israeli conflict. The panel said that a “possible resumption” of public screenings of the works would be considered if they were re-contextualized “in a way that made clear their propaganda character, clearly identified their anti-Semitic elements and corrected historical misrepresentations.”

The report also criticizes the film series for the producers’ collaboration with the Japanese filmmaker Masao Adachi. He is a former member of the Japanese Red Army, which supported Palestine military resistance in the 1970s.

In an open letter, the organizers of documenta 15, along with 65 signatories, vehemently denied the allegations and criticized the panel for using an unclear methodology to establish its findings. “Because we stand by our rejection of censorship, we vigorously opposed the creation of this scientific advisory panel,” it reads.

“We do not accept the allegations of their preliminary report,” the letter goes on, attributing the panel’s findings to “eurocentric superiority.”

A representative for Subversive Films did not immediately respond to ARTnews’s request for comment.