American visual artist Lewis Stein, known for his conceptual rigor, died after a long battle with Parkinson’s disease this spring, according to an announcement Sunday by New York’s Essex Street Gallery, which has previously showed his work.

Stein was born in Manhattan in 1945 and grew up in Long Island, New York. He briefly attended Massachusetts Institute of Technology, before transferring to the University of California, Berkeley, where he pursued a degree in fine art. Though he did not complete his degree, there he developed the subject matter that would drive his five-decade career in art. 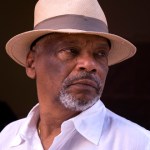 Emanoel Araújo, Founder of Museu Afro Brasil, Is Dead at 81

Drawing inspiration from artists Marcel Duchamp, Andy Warhol, and Ad Reinhardt, Stein painted commonplace household items, such as hammers and cleavers, in lurid colors and made large abstract paintings. Within these paintings, he explored stacking and permuting various shapes and colors.

After completing the third series, however, Stein began to focus on reductive objects throughout the 1970s and into the early 1980s—a move that not only perplexed dealers, but plunged the artist into obscurity. These functional objects, such as trash cans and stanchions, prioritized the organization and orchestration of space. During this time, he also began a major painting project documenting the sky from the same location every Wednesday at noon.

Stein shifted his primary medium to photography in the 1980s, which he pursued for the rest of his career. Similar in his approach to objects, Stein’s photography depicted familiar objects, such as surveillance cameras, chandeliers, and stock photography, rendered in a deadpan manner.

In addition to his art career, Stein was also involved in selling mail order catalogues and designing furniture. He also worked as an Asian antiques dealer for the last thirty years of his life.

The 2017 exhibition, “Lewis Stein: Works from 1968–1979,”at Essex Street Gallery brought renewed attention to his work. Most recently, in 2020, Stein’s work was on view at Vin Vin Gallery in Vienna.

A memorial service will be held at the Tibet House in New York on September 18 at 3:00pm.