Ai Weiwei Thinks Freedom of Speech is Disappearing in theWest

Famed Chinese artist Ai Weiwei said that freedom of speech issues are widespread across the world in a recent talk at Hay Festival Segovia, a literature and arts festival that takes place annually in Segovia, Spain.

Speaking on a screen over video-conference with Anne McElvoy, executive editor of The Economist, Ai spoke at length about political dissidents, human rights, and freedom of speech, though his criticism was not limited to China. During an exchange about Ai’s time in Europe exploring the refugee crisis in the mid-2010s, McElvoy asked if the artist thought Western countries also had an issue with freedom of speech. 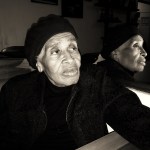 Valerie Maynard, Artist Who Explored the Complexities of Identity, Dies at 85

“The very essential human ability to question or doubt existing values, to shake those unshakables, that is disappearing in Western worlds,” he said. “Not to hear the other argument, the other voice, reminds me of China.”

Ai’s appearance at Hay was part of his press tour for his recent memoir 1,000 Years of Joys and Sorrows, much of which concerns his father, Ai Qing, a critically acclaimed poet who, like Ai, was branded a political dissident by the Chinese government. The artist recalled growing up in the extremely remote region of China that his father had been exiled to and seeing the many forms of punishment used against his father, from being forced to clean communal toilets and perform other hard labor to being prevented from publishing his poems. Still, Ai remained defiant.

“I think I should go back to China,” he said. “They can only make me disappear again or that my voice can’t be heard again, but still I exist. If my existence makes them make that decision I’ll be very proud of it.”

When McElvoy asked why the artist had decided to go back to China in the early ’90s where he knew he might face oppression. Ai described struggling in New York in the ’80s, noting that the city was dangerous and that he struggled to make a living or speak English.

“Gradually I began to realize it would be impossible for me to become a professional artist and support myself by making art,” he said. Ai returned to China after over a decade in the US when he heard that his father was sick.

“This was my last excuse to go back to that land, that land I promised I would never go back,” he said. Before he returned to China, he said, he asked himself if he was afraid to go to jail. He decided that he could handle it. Going back to China was difficult, yet he described it as a privilege to speak Chinese again and express himself fluently.

When asked if artists are asked to pay too high a price in their defense of human freedom, Ai seemed to contradict himself however.