Artist Kahlil Robert Irving has filed a complaint against the High Line Hotel, which is located not far from New York’s Chelsea gallery district, and its parent company, MCR, alleging that he was subject of racial discrimination at the hotel.

In the complaint, Irving claims he was “confronted [Irving] in a threatening manner, and without even minimally adequate due diligence, in a way that is impossible to imagine but for the fact that I am Black.”

Irving is a closely watched artist whose career has steadily been on the rise in the past few years. He recently had a solo show at the Museum of Modern Art in New York, and he has a forthcoming one planned for next year at the Walker Art Center in Minneapolis, according to his CV. He was also included in the 2021 New Museum Triennial, organized by Jamillah James and Margot Norton, as well as a collection show at the Whitney Museum, titled “Making Knowing: Craft in Art, 1950-2019.” 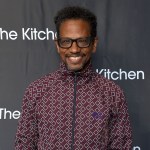 According to the complaint, which was filed with the New York State Division of Human Rights, two white employees entered Irving’s room while he was sleeping, without his permission, on January 22. The hotel’s manager, Maximo Ritterstein, allegedly began “screaming at me and using abusive language,” saying that Irving “needed to exit the hotel immediately.” Ritterstein began accused him of “being a homeless person who had broken into the room.”

Irving’s complaint adds, “To state the obvious: As a twenty-nine year old Black man, it was highly traumatic to be confronted by two older white men who barged into my hotel room unannounced while I was sleeping, screaming at me and saying that I needed to leave immediately and that the police were being called, with the hotel manager physically looming over my bed, and with a hotel associate standing blocking the hotel door.”

Irving’s complaint further alleges that the hotel manager or staff had not checked the hotel’s computer system to check if he was a registered guest, called his room to inquire, or knocked prior to entering.

“Putting all of this together, it is impossible to imagine that this incident was not racially motivated,” the complaint continues. “Can one seriously believe that this incident would have taken place and would have unfolded in such an aggressive and malicious manner, for any other reason, and absent hostile, racial stereotyping?”

Irving then brought this to the attention of Luhring Augustine, the gallery that had booked his accommodations at the the hotel and who then helped coordinate a meeting the following morning. Irving subsequently retained legal representation, who then sent a letter on April 22, following up on one previously sent on February 7. Irving’s complaint further adds that “the only action taken was reimbursement of the gallery for my stay at the hotel. The hotel has completely failed to take accountability otherwise.”

In his April 22 letter, Irving’s attorney Laurence J. Eisenstein said, “There is no question that Mr. Irving should be entitled to substantial monetary compensation as a result of this incident, in an amount sufficient to serve as a deterrent and as a motivation to properly train hotel staff.” The letter also demanded disciplinary action against the staff involved and to begin “an investigation of its training and of the existence of other incidents at the High Line Hotel, and at MCR hotels in general,” citing a concern that “this incident is reflective of a pattern and practice of racially discriminatory action at this hotel or at the MCR hotel chain nationwide.”

Representatives for the High Hotel and MCR did not immediately respond to ARTnews’s request for additional comment.