This past Valentine’s Day, as the booming NFT market suffered an unexpected dip that proved to be an omen for this summer’s “crypto winter,” Vienna’s Belvedere Museum released its first NFT drop—a collection of 10,000 unique swatches from Gustav Klimt’s The Kiss, made by dividing the seminal painting into a 100-by-100 grid.

“What does it mean to own a work of art in the digital age?” Rollig asked in the press release. “The rise of NFTs, which has preoccupied the art world since 2020, has given fresh impetus to this intriguing question. The conversion of digital reproductions into virtual originals opens up new forms of participation that, in financial terms, should be taken seriously, yet can also be viewed playfully.” 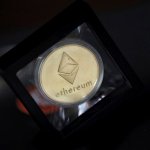 The NFTs, which were listed for around $2,000 a pop, are intended to generate revenue for “collecting, researching, preserving and communicating the [museum’s] treasures.…”

So far, just over 2400 NFTs have been sold, generating an income around €4.4 million, according to Belvedere press agent Irene Jäger.

“Since this project is a new field to us and to a certain extent experimental, we did not know what to expect,” Jäger told ARTnews in an email. “We consider the result a big success—it is the most successful NFT project with historical artwork to date worldwide. However, our aim is still to sell all 10,000 pieces.”

The Belvedere is far from the only institution exploring NFTs of traditional art to build support, protect and conserve work, and bring in a new generation of art appreciators.

In January, Pablo Picasso’s granddaughter and great grandson, Marina and Florian Picasso announced plans to auction 1,010 NFTs based on never-before-seen ceramic works by the famed Spanish artist. Marina and Florian, however, were quickly forced to shed any affiliation with the Spanish painter after his estate, as represented by the Picasso Administration (run by other Picasso descendants), declared the series a “counterfeit.”

In February, Julian Sander, the great-grandson of August Sander, announced plans to mint the legendary German photographer’s entire 10,700-photograph archive on NFT platform OpenSea for free. Sander said he wanted to “secure the legacy of August Sander on the blockchain.” All NFTs in the collection were claimed after the project’s launch and, within a few weeks, over 400 ETH was traded in secondary sales on OpenSea. As accolades from esteemed photographers rolled in, the collection quickly disappeared from OpenSea after German nonprofit cultural foundation SK Stiftung Kultur filed suit. Turns out, it’s Kultur, not Sander’s great-grandson, who owns the copyright to August Sander’s work through 2034.

Perhaps the most successful of these quasi-estate-driven NFT collections is “Computer Joy,” a collection of 15 individual NFTs featuring the pioneering 1980s work of Lee Mullican and minted in partnership with the Verisart platform last November.

Before Mullican began making digital art in the ’80s, he’d become famous for abstractions made using a printer’s knife three decades earlier. These near-mythical abstractions were the first of two major art movements Mullican was a part of.

“It’s important to recognize that Lee was on the forefront of two changings of the guard in the art world,” Cole Root, the director of Mullican’s estate, said. “In the 1940s, inspired by Paul Klee, we find late Surrealism. And in the 1980s, his move to digital art. It’s special how open he was to experimentation in art. It’s hard to find a medium he didn’t work with.”

Late in his career, Mullican translated these boldly hued abstracts from the canvas to an IBM 5170 computer. The resulting creations offered a model to many in Mullican’s generation for how a painter could turn his art digital.

Root, along with art writer and researcher Marie Heilich, and gallerist Marc Selwyn, chose the works for “Computer Joy” from more than 300 digital pieces by Mullican. A subsequent exhibition of the physical works alongside their digital counterparts was held at Marc Selwyn Gallery in Beverly Hills.

“The NFT people were really into the paintings and the traditional people were really blown away by the digital work,” Root said. “That was really nice to bridge the gap. That’s what we’re trying to do with the project as a whole—keep one foot in each world.”

While to this point, most NFT collections digitizing traditional artists oeuvres have been led by artists’ estates or museums, the NFT platform Click is attempting to change that. Launched in 2021 by Alexandra Fairweather, the director of sculptor John Chamberlain’s estate, Click aims to digitize iconic artworks and rare archives. Click has framed its work as helping to preserve rapidly disintegrating materials. Fittingly, the platform’s inaugural drop, titled “(Dis)integration,” featured monochrome imagery of an unnamed (though they say “world-renowned”) artist’s automobile in progressive states of disintegration.

The mystery of the artist behind “(Dis)integration,” according to Fairweather, is part of creating a novel participatory experience that will engage both newbies and serious fans.

“What we’re really doing with this drop of the (Dis)integration is getting people to understand why archives are important,” Fairweather said. “To go on this journey, trying to put all the clues together to figure out who this is, what is this story about, what is this project about? If we don’t care about these archives, everything will be forgotten and lost.”

For Click, like many of the estates and institutions minting collections, the decision to go into NFTs is “about generating revenue streams for artists and estates in a modern way,” Billy Folchetti, cofounder of Click, told ARTnews. Click revenue will go toward preserving Chamberlain’s estate, along with other partnered artists’ estates. The company additionally will donate a portion of its revenue to the nonprofit Art21, which produces educational content about contemporary art such as the recent feature William Kentridge: Anything Is Possible.

Click said it had paused sales of its NFTs earlier this year due to the crashing crypto market and will resume once the market stabilizes.

“These new mediums can inspire and educate people in a more accessible way,” Fairweather told ARTnews. “So many people are intimidated by the traditional art world and view it as a symbol of high culture. I hope that this will break down some of those barriers.”