The Guggenheim Museum in New York will no longer award the prestigious Hugo Boss Prize, the museum told ARTnews Friday. The closely-followed biennial award has elevated the profile of numerous artists and comes with a $100,000 monetary prize and often an exhibition at the museum.

The Hugo Boss Prize was established in 1996 by the Guggenheim Museum in partnership with the fashion brand Hugo Boss to honor “outstanding achievement in contemporary art, celebrating the work of remarkable artists whose practices are among the most innovative and influential of our time,” according to the museum’s website. 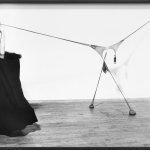 Each of those artists was selected from a shortlist of other artists. Those rosters have been often star-studded, including artists like Cecilia Vicuña, Kevin Beasley, Cai Guo Qiang, Laurie Anderson, Maurizio Cattelan, Vito Acconci, Tino Sehgal, Damián Ortega, Patty Chang, Camille Henrot, Laura Owens, Wu Tsang, Teresa Margolles, and Ralph Lemon, who was announced as the winner of the Whitney Museum’s $100,000 Bucksbaum award earlier this week.

Just as with the artists, the jury for the prize over the years has been equally star-studded, with some of the world’s most influential curators making the final decision, including Bisi Silva, Hans-Ulrich Obrist, Okwui Enwezor, Robert Rosenblum, Christopher Y. Lew, and Naomi Beckwith, the recently appointed chief curator of the Guggenheim. The museum’s former artistic director and chief curator Nancy Spector chaired the jury for each edition of the prize.

When asked by ARTnews when the next awarding of the prize would be given, a spokesperson for the Guggenheim Museum said, “The Hugo Boss Prize will no longer continue. The Solomon R. Guggenheim Foundation is honored to have collaborated with HUGO BOSS since the Prize’s inception in 1996, to award artists who embrace today’s most innovative and critically relevant cultural currents. At the conclusion of this generative project, we are grateful to Hugo Boss for their long-standing support, and for the many innovative exhibitions, catalogues, and public programs that have grown from the prize platform, which have made an indelible impact on the institution over the years.”

In a statement sent to ARTnews, Beckwith added, “The world was nowhere near as enamored of art, as it is now, before the advent of the Hugo Boss Prize. I believe that the Prize was part of the ascendancy of contemporary art as a major part of programming in all major museums. It allowed the Solomon R. Guggenheim Museum to bring contemporary art to a broader audience and, as such, make art a bigger part of a global cultural and social conversation that you see in fashion, music, cinema, and social media now. We’re in an entirely differently landscape now.”

A request for comment from ARTnews to Hugo Boss was not immediately returned.