BIG DIGS.On November 30,Christie’swill bringa Tyrannosaurus rex fossil to auctionin Hong Kong with a top estimate of $25 million,Bloombergreports. The house said that it is the first time that a T. rex has hit the block in Asia. In a statement for the ages,James Hyslopof Christie’s said, perNewsweek, “From its surging, bloodthirsty stance, to its remarkable preservation, this is one of the most scientifically studied T. rex skeletons to come to auction.” The fossil is believed to be as much as 68 million years old; it was found beneath the earth in Montana. Meanwhile, workers digging a gas pipeline 50 miles north of Lima, Peru, haveuncovered tombsthat archaeologists believe are from pre-Inca cultures, dating back 600 to 800 years,Reutersreports. Along with human remains, the site features pottery that was buried with the people. 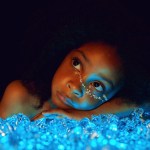 FOREIGN RELATIONS.With Russia formally annexing four disputed regions of Ukraine—Donetsk, Kherson, Luhansk, and Zaporizhzhia—today, after referenda that have been widely derided as shams, the country will also be taking control of the museums in those areas, theArt Newspaperreports in a story withan overview of those institutions. In Greece, meanwhile, the United Statesofficially returneda millennium-old Christian manuscript to theEikosiphoinissa Monasterythat was looted by Bulgarian forces in 1917 and that found its way to theMuseum of the Biblein Washington, D.C., theAssociated Pressreports. A private ceremony was alsoheld last monthin New York to mark the transfer.Greek Orthodox Archbishop Elpidophoros of Americasaid that “a historical injustice has been redressed.”

The Canadian photo-based conceptualistIan Wallace, who is 80 next year, won theAudain Prize for the Visual Arts, which gives CA$100,000 (about US$72,900) annually to an artist in British Columbia. The honor was created by collectorMichael Audainand his wife,Yoshiko Karasawa.[The Art Newspaper]

As economic turmoil continues, is the art industry heading toward a correction? JournalistJane Morrisasked asked a variety of art types to sound off.Marc Glimcher, the CEO ofPace Gallery, sounded an optimistic note. “What people have to realize is we are the tiniest branch of the arts economy: music, film and dance are huge, mature industries,” he said. “We have nothing but blue sky ahead of us in terms of our ability to impact millions of people.”[Apollo]

TheGlasgow City Councilin Scotland plans to sell theKelvingrove Art Galleryand other municipal-owned buildings to an “arm’s length company” and then lease them back in an effort to raise more than £200 million ($222 million) to help cover a £500 million ($555 million) settlement over gender-discrimination pay claims. [The NationalandInsider.co.uk]

JournalistJon Hurdlereported fromthe worker strikeat thePhiladelphia Museum of Art, which is remaining open. Around a dozen contractors and delivery people—including some who are unionized—had crossed the picket line, according to one striker.[The New York Times]

Artist-made jewelry is hot,Ruth La Ferlareports, with museums snapping up the work and auction houses putting it on the block. The record for a piece of jewelry at auction? That would be $2 million, for a silver necklace byAlexander Calderin 2013.[The New York Times]

TheDetroit Institute of Artsis about to open a blowoutVincent van Goghexhibition with 74 works, five of which are from the museum’s collection. Exactly 100 years ago, it paid a cool $4,200 for a self-portrait by the artist (the equivalent of about $75,000), becoming the first American institution to acquire his art.[Bloomberg]

ANDY IN THE OUTBACK.In March, theArt Gallery of South Australiain Adelaide will open a major show onAndy Warholand photography, and theGuardianhas a story aboutthe Pop artist’s intriguing (albeit limited) engagement with the country. He apparently painted a total of two Australians, and once askedHenry Gillespie, an Australian who was an editor forInterview, to procure “mugshots of criminals down under,” per the paper. When Warhol died in 1987, Gillespie was helping to plan a trip for him. “Australia held a fascination for him,” Gillespie said. “He liked the concept, which he couldn’t quite comprehend, of the great distances and the flatness, all the beautiful beaches and the beautiful people.”[The Guardian]