A painting by the Chinese artist Li Songsong is the subject of a censorship row at the UCCA Center for Contemporary Art in Beijing.

The painting was removed from an exhibition there following reports that the work had been the subject of official complaints to Chinese authorities. Details around the exhibition in which the work was displayed have since been removed from the museum’s website.

This summer, images of the work circulated via Weibo, a Chinese social media platform. Several users took to the channel to express concerns over this work, which draws on a photograph of Japanese kamikaze pilots during World War II. 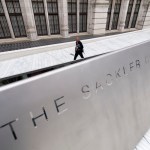 The City Different: A Deep-Rooted Art Scene Is the Key to Santa Fe's Magic

Loaned from the collection ofBeijing-based entrepreneur Liu Lan,who focuses on Chinese contemporary art, the work previously went on display in 2011 at museums across Beijing, Shanghai, and Guangzhou without spurring complaints. Liu could not be immediately reach for comment by ARTnews.

Li, who is represented by Pace Gallery, is well known in his native Beijing for his thickly-layered paintings that use historical imagery to touch on political events from China’s recent past. The work was included in a section titled “Images and Forgetting,” curated by Bian Ka, alongside other works by artists such as Shi Chong, Yang Fudong, Zhang Ding, and Zhang Xiaogang.

The exhibition closed on August 7, a week earlier than initially scheduled. The museum is currently closed to the public, according to a report by the ArtAsiaPacific.