Dimitri Ozerkov, the longtime head of the contemporary art department at the State Hermitage Museum in Moscow, has left his post as a protest against Russia’s invasion of Ukraine.

“I left because I don’t intend to have anything in common with today’s Russia,” Ozkerov wrote in an extended statement posted to Instagram.

He said that the he made the choice leave back in March, soon after the invasion began. “The final decision,” Ozerkov said, came after the publication of an article in the publication Rossiiskaya Gazeta in which Hermitage director Mikhail Piotrovsky suggested that the West had attempted to cancel Russia following the war’s outbreak. 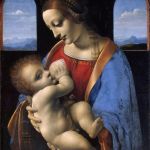 Hermitage Barcelona to Move Forward with Development, Despite Resistance from City Officials

In his Instagram post, Ozerkov said he had not conducted any museum activities since March. His message came with an edited image of an airplane’s emergency exit door.

His departure concludes a 22-year tenure at the Hermitage, the institution where Ozerkov made his name in the art world. Since 2007, he has led the contemporary art department there, and in 2014, he curated a Moscow edition of Manifesta, a roving European biennial.

Ozerkov is hardly the only Russian figure to resign in response to the war. The artistic director of the V-A-C Foundation and the deputy director of the Pushkin Museum both left in early March.

“Russia squeezed out all of us who wanted nothing but good to its culture,” Ozerkov wrote on Instagram.

Attempts to reach the Hermitage by email were unsuccessful.