Chrissie Iles and Meg Onli will curate the 2024 edition of the Whitney Biennial, a taste-making survey of the U.S. art scene as it stands right now that is held once every two years at the Whitney Museum in New York.

Both Iles and Onli have earned widespread attention for their cutting-edge shows, which have upheld the kind of conceptual art and heady ideas that most curators tend to shy away from. A theme for their Whitney Biennial, which will open in the spring of 2024, was not yet announced.

Iles is a longtime curator at the Whitney, where she has organized shows that often place a focus on tough-to-classify films, videos, and digital works. Among her exhibitions there was 2016’s “Dreamlands: Immersive Cinema and Art,” which ambitiously sought to chart how filmmaking has leapt beyond screens and theatrical settings in the hands of artists. 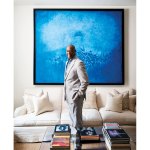 With His Collecting and Art Patronage, Raymond J. McGuire Ensures That the Artistic Achievements of Black Artists Are Centered in the Canon

$100 M. Collection of Former Whitney Museum President David Solinger To be Auctioned at Sotheby's in November

An independent curator who will work on her first major biennial, Onli recently headed up the Underground Museum, a Los Angeles institution founded by the late painter Noah Davis that unexpectedly and suddenly closed earlier this year. Before that, she had been a curator at the Institute of Contemporary Art Philadelphia.

At the ICA, Onli captured the attention of many with her three-part show “Colored People Time,” which explored “the banal and everyday ways in which the history of slavery and colonialism permeates the present and impacts the future.” She also received praise for a retrospective for the pioneering video artist Ulysses Jenkins that she organized with Erin Christovale. That show also appeared at the Hammer Museum in L.A.

“Meg andChrissiewill bring to the 2024 Biennial dynamic chemistry, diverse experiences, and a commitment to honoring the rich legacy of the Biennial,” Whitney director Adam Weinberg said in a statement. “We enthusiastically look forward to their conception and the artworks they present at this challenging time in American culture.”