NFT trading volume is down a whopping 97 percent since its peak in January, according to Bloomberg.

In January 2022, $17.2 billion was traded on the NFT market, a stunning high the eclipsed 2021’s NFT mania, which at its peak saw $4.2 billion traded in August. But since the start of this year, the market has slowed down significantly, and experts have dropped the NFT market’s value by more than $2 trillion. In September, the trading volume was just as $466.9 million.

This slump has followed trends in the larger economy as regulators tighten their hold on interest rates. The NFT market hasn’t been able to hold its own against these adverse times, especially as scams, theft, and new tax regulations dampen collectors’ enthusiasm. As a result, once-thriving NFT businesses have been dissolving or downsizing. 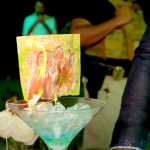 In mid-July, OpenSea, the largest NFT marketplace,laid off20 percent of its staff, a clear message that the crypto winter had officially begun. The Merge, a technical update that made the cryptocurrency Ethereum more ecologically friendly, leading to 99 percent less carbon pollution, did not provide the market with the infusion of trading volume that had been hoped for.

But not everyone is upset about the market’s downturn.

“I’m glad that it crashed,” said New York dealer and collector Alberto Mugrabi, whose collection includes Warhol, Basquiat, and nowBeeple, in a previous interview with ARTnews. “It happens in every period that the market shrinks, and a handful of artists succeed and move forward. The serious artists stick around and become bigger and better.”