A 2,000-Year-Old Sculpture of Hercules Was Unearthed in an Ancient GreekCity

Hercules’s head was discovered first, then an arm and leg. The marble bits of his body were scattered in the ruins of a Greek building and pieced together, limb by limb, by a team of archeologist until they were certain: this was a 2,000-year-old sculpture of classical mythology’s most famous demigod.

Expertsfrom theAristotle University ofThessalonikiwere excavating the ancient city of Philippi, located north of the present-day city of Kavala, when they made the discovery. The sculpture technically represents the Roman interpretation of the hero, Hercules, as opposed to the original Greek figure, Heracles. 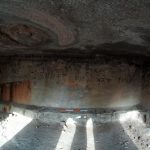 “The club, which has been found in fragments, and the lion hanging from the outstretched left-hand attest to the identity of the hero. On the earl’s crest he wears a wreath of vine leaves which is held at the back by a band whose ends end at the shoulders,” states a press release from the Greek Ministry of Sport and Culture.

Fragments of the artwork were buried at the crossroads of two of the city’s main streets. It likely decorated a building during the Byzantine period, about the 8thor 9thcentury BCE, when it was fashionable to install sculptures from antiquity on major facades and public spaces.

Although fragmented, the sculpture provides insight into how landmarks were decorated in this period. Philippi, originally deemed Crenides by Thasian settlers around 360 BCE, was a strategically important location given its proximity to the head of the Aegean Sea. In 356 BCE, the city was conquered byKing Philip II of Macedon—the father of Alexander the Great—who renamed it Philippi and built it into a hub for gold mining.The city likely fell into ruin during the 14thcentury after the Ottoman conquest, and eyewitness accounts from the mid-15thcentury describe the land ravaged by quarrying for stone.

Further excavations ofPhilippi are planned for next year.