The Judd Foundation, which focuses on preserving the legacy of Donald Judd and manages the late artist’s two former studios in New York and Marfa, Texas, filed a lawsuit on Tuesday against two galleries, alleging that they had caused irreparable damage to one of Judd’s works while it was their care.

In its complaint, filed with Manhattan Supreme Court, the foundation claims that New York–based Tina Kim Gallery and Kukje Gallery, which has locations in Seoul and Busan, South Korea, violated a consignment contract by leaving fingerprints on a 1991 untitled work by Judd made in aluminum and Plexiglas. 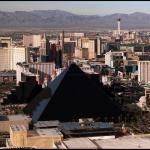 After More Than a Decade with David Zwirner, Donald Judd Estate Departs for Gagosian

Judd was pioneering artist known for his writings and for works that he termed “specific objects,” which he had fabricated according to his precise instructions. He has historically been considered a Minimalist, a label he rejected.

The work at the center of the lawsuit,Untitled(1991), derives from the artist’s“Menziken” series, for which he produced a group of wall-mounted aluminum boxes made with translucent Plexiglas panes.

In court documents, the Judd Foundation claims that in 2015, it had consigned the work to Kukje and Tina Kim, which are affiliated with each other and are owned by members of the same family, in order for it to be sold. In March of that year, the dealers showed the work in a joint booth at the Frieze New York art fair.

The Judd Foundation claims that between 2015 and 2018, while the work was in the dealers’ possession, it sustained “irreversible” damage due to being mishandling. According to the lawsuit, the anodized aluminum surface on each of the “Menziken” sculptures made by Judd requires “very careful handling, and if mishandled can mark easily.”

The complaint continues, “Any fingerprints on the anodized aluminum surface must be removed quickly or over time the oils in the fingerprints can react with the surface and leave permanent, disfiguring, irreversible marks.”

A representative for Tina Kim Gallery did not immediately respond to ARTnews‘s request for comment.

According to a consignment agreement in 2017, the work was priced at $850,000. The dealers were never able to secure a buyer for it, and the parties ended the sale agreement in 2018. The foundation had insured the work for that price and the company paid out to the foundation $680,000, a bulk of its fair market value. The foundation is seeking an additional $170,000 from the galleries to cover the cost of the damage, as they consider it unsellable now.

The Judd Foundation initially filed the suit in a Texas federal court. A judge dismissed the suit in August on grounds that it was outside of the state’s jurisdiction.