Uffizi Gallery Sues Jean Paul Gaultier for Use of BotticelliImage

The Uffizi Gallery in Florence is suing the fashion designer Jean Paul Gaultier for reproducing an image of a Botticelli painting in a new capsule collection without authorization, the museum told The Guardian Monday.

The image at the center of the dispute is Botticelli’s famed opus Birth of Venus which is in the Florentine museum’s permanent collection and who’s copyright the museum oversees. Gaultier launched its “Le Musée” collection earlier this year, featuring a range of designs with the printed Renaissance paintings.

The museum is suing the French luxury brand for its “unauthorized” commercial use of the Botticelli image, which it claims violates a legal standard designated under Italy’s Cultural Heritage Code. 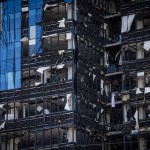 Paul Allen's Botticelli to Sell for $40 M. at Christie's

Though the painting, which the Renaissance artist produced in the 1480s, is in the public domain, Italy’s legal code stipulates that use of images related to the country’s public cultural property requires a licensing fee and approval for merchandising use.

The collection also uses images derived from Peter Paul Rubens’s The Three Graces, which is in the collection of the Prado Museum, and Michelangelo’sThe Creation of Adamat the Sistine Chapel.

According to the museum, its legal department sent an official request for the label to negotiate a commercial deal or to halt sales of future items from the collection featuring the work in April. In a statement issued today, the museum said that notice was ignored by the designer.

Items from the collection featuring the painting have been removed the designer’s website, but are still available via select online clothing retailers. A representative at Gaultier did not immediately respond to ARTnews‘s request for comment.