An unidentified art expert has been fired in France after grossly undervaluing a Chinese vase at 4,000 times less than its sale price. Yet, it is still unclear what drove the price so high.

The original estimate of €1,500 and €2,000 reflected the expert’s view that it was a 20th-century decorative piece. Buyers, however, suspected that it might date back further to the 18th-century. 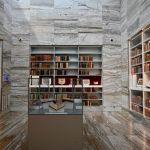 “The expert made a mistake. One person alone against 300 interested Chinese buyers cannot be right,” auction house president Jean-Pierre Osenat told the Guardian last week. “He was working for us. He no longer works for us. It was, after all, a serious mistake.”

The anonymous seller found the Chinese ‘Tianqiuping’ style vase, with a blue and white floral patterning typical of the period, while clearing her mother’s estate.

While the dragon and cloud motif is greatly sought after among Asian collectors, some believe to have spotted a stamp belonging to 18th-century Chinese emperor Qianlong on the vase. The buyer, who lives in China, ultimately bid by telephone.

“We don’t know whether [the vase] is old or not or why it sold for such a price,” explained Cédric Laborde, the director of the auction house’s Asian arts department. “The valuation corresponded to what the expert thought. In China, copying something, like an 18th-century vase, is also an art.”

The unnamed and now-fired expert is reportedly standing by his original valuation of the Chinese vase.