More than 300 looted artifacts have been returned to India, the majority of which were seized as part of the investigation into Subhash Kapoor—accused by U.S. authorities of being “one of the most prolific commodities smugglers in the world”—and his associates.

Manhattan District Attorney Alvin L. Bragg, Jr., announced yesterday that 307 antiquitiesvalued at nearly $4 million were handed off to a representative of the Indian government. Of those, 235 of the antiquities were directly linked to Kapoor, whose smuggling operationextended across the Middle East and Southeast Asia. Five of the objects were seized in relation to the investigation of antiquities dealer Nancy Weiner, who in 2021 pled guilty in a New York court to obtaining and stolen cultural property and enabling its sale using forged provenances; and one piece linked to Nayef Homsi,a Brooklyn art dealer who was charged in 2015 and later convicted in New York of importing looted Nepalese artifacts. 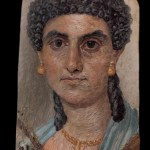 “We are proud to return hundreds of stunning pieces back to the people of India,”Bragg said in a statement. “These antiquities were stolen by multiple complex and sophisticated trafficking rings – the leaders of which showed no regard for the cultural or historical significance of these objects.”

Kapoor, 72, was known among New York dealers for his ability to procure museum-quality goods until his first arrest on trafficking charges in Germany in 2011. Subsequent investigations revealed the scope of his criminal dealings. Between 2011 and 2022, some 2,600 objects—smuggled from Afghanistan, Cambodia, India, Pakistan, Nepal, and Thailand using false provenance papers—were confiscated from several storage locations owned by Kapoor in New York.The total value of the objects seized from Kapoor by investigators surpasses $143 million.Thousands more remain missing.

Most antiquities targeted by his operation were smuggled into Manhattan and sold through Kapoor’s Madison Avenue gallery, Art of the Past. His buyers included a global network of private collectors, galleries, and museums, among them the Metropolitan Museum of Art in New York and the Toledo Museum of Art in Ohio.

The D.A.’s office issued an arrest warrant for Kappor in 2012; in 2019, he and seven of his associates wereindicted for their conspiracy to traffic stolen antiquities. Following his conviction in New York, the D.A.’s office filed extradition papers for Kapoor, who has been in prison in India since 2012 awaiting the completion of his ongoing trial.

A spokesperson for HSI toldARTnewsthat “it is anticipated that [Kapoor] will be extradited to the United States upon his release from prison in India.”

One of the pieces returned yesterday to India is the Arch Parikara, a marble sculpture dating to the 12th or 13th century that is valued around $85,000. The piece was smuggled into New York in May 2002 and laundered to the Nathan Rubin–Ida Ladd Family Foundation, who donated the piece to the Yale University Art Gallery in 2007.In March, more than a dozen artifacts linked to Kapoorwere seized from Yale’s art gallery by Homeland Security. Twelve of the 13 artifacts were allegedly looted from India, and one item originated from Burma.

“This repatriation is the result of a globe spanning, fifteen-year investigation where the investigative team chased leads, followed the money and ultimately seized these pieces, ensuring their return to the people of India,”Michael Alfonso, a special agent withHSI, said in a statement.