Peter Schjeldahl, whose exuberant prose and perceptive mind made him one of the most widely read art critics in the U.S., has died at 80.

He had been battling lung cancer, and he chronicled his experience with the disease in a memorable 2019 essay called “The Art of Dying” that appeared in the New Yorker, the publication for which he had served as head art critic since 1998.

The New Yorker confirmed Schjeldahl’s death in a tweet on Friday evening.

For the past half-century, Schjeldahl made sure to address the most important shows around New York, as well as, on occasion, ones outside the city. Reading his criticism, one got a sense for which shows truly mattered in a scene that is overcrowded with retrospectives, blockbuster exhibitions, and big solo shows. 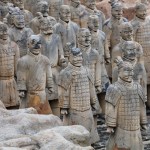 9 Art Events to Attend in New York City This Week

Much of the appeal of Schjeldahl’s writing is its stylishness. Schjeldahl had gotten his start as a poet and, because of that, his writing has a different feel from most other art critics’. Often, his reviews were rid of art jargon, causing them to be legible to a larger audience, even when he was dealing with conceptual work.

His prose was lush and buttery, with sentences pocked with big words more likely to appear in novels than in art reviews. If read aloud, his reviews sound melodious and quite pleasing. If read to oneself, they can also be fascinating, even amusing.

“Criticism joins poetry, for me, in having a civic duty to limber up the common word stock, keeping good words in play,” he told critic Deborah Solomon in a 2008 Artforum interview. “My sidekick is theRandom House Webster’s Unabridged Dictionary.“

It’s the kind of endlessly quotable writing that’s rich in one-liners. This, for example, is how Schjeldahl addressed Jeff Koons: “Jeff Koons makes me sick. He may be the definitive artist of this moment, and that makes me the sickest.” And this is how he began a review of a Sigmar Polke show: “I feel in good hands with Sigmar Polke, which is peculiar, because the man is a nut.”

Often, his writing was filtered through his own personal experience. Writing on a 2017 Louis Lawler survey at the Museum of Modern Art, he started out by talking about how her photographs “hurt my feelings” 30 years earlier, then addressed how he came around to her pictures. Of Francisco de Zurbarán’s 1631 painting Still Life with Lemons, Oranges with a Rose, Schjeldahl wrote that he appreciated the lemons most because yellow was his favorite color, which he said was “embarrassing proof of my memory’s fecklessness.”

Much of what Schjeldahl addressed was painting, even in more recent years, as sculpture, photography, video art, performance art, sculpture, and digital works rose further in prominence. Because of this, some have sensed in his writing a kind of aesthetic conservatism, and even perhaps a political conservatism, too. Critic Alan Gilbert once wrote in Bookforum that “the politics underlying his opinions can get murky.”

But many have defended Schjeldahl’s long-term commitment to painting as something rare and special.

“His deep devotion to painting continued through the decades painting was supposed to be dead,” wrote critic Jarrett Earnest in Hot, Cold, Heavy, Light: 100 Art Writings, 1988–2018, one of several books collecting Schjeldahl’s work.

Earnest continued, “Every painter I know would give a couple of fingers off their nonpainting hand for a good long review by Peter Schjeldahl—not only for the recognition, but because he unfailingly brings something new into the discourse, getting to the heart of the medium that he succinctly describes as ‘engaging our strongest sense, eyesight, and our finest physical aptitude, that of the hand—it’s about getting the hand and the eye in concert.’”

Peter Schjeldahl was born in Fargo, North Dakota, in 1942. As a teenager, he thought he would become a sports writer. After dropping out of college, he got a job at a Jersey City publication. He went back and forth between Minnesota, where he picked school back up, and Jersey City for a bit.

Then, as he put it in “The Art of Dying,” his 2019 New Yorker essay recounting his life history, he got married, “spent an impoverished and largely useless year in Paris, had a life-changing encounter with a painting by Piero della Francesca in Italy, another with works by Andy Warhol in Paris, returned to New York, freelanced, stumbled into the art world, got a divorce, which, while uncontested, entailed a solo trip to a dusty courthouse in Juárez, Mexico, past a kid saying, ‘Hey, hippie, wanna screw my sister?,’ to receive a spectacular document with a gold seal and a red ribbon from a judge as rotund and taciturn as an Olmec idol.”

By this point during the mid-’60s, he had met poets like Frank O’Hara and Kenneth Koch, and had begun writing poetry. Both poets had written for art publications, including ARTnews, and there was at the time a porous boundary between the worlds of art and poetry.

“I thought it was normal for poets to write art criticism,” Schjeldahl told Interview. “So I started doing that, and people liked what I did.”

Initially, he was writing art criticism for publications such as ARTnews, Art in America, and Artforum to help fund his poetry and pay the bills. Then, as he put it in the Interview conversation, “the poetry dried up. The art criticism ate the poetry.”

From 1988 to 1990, Schjeldahl published a column in 7 Days, and from 1990 to 1998, he wrote art reviews for the Village Voice. He kept a leery eye to the commercialization of the art world. The sensibility would remain with him for the rest of his career.

Many in the New York art world came to consider Schjeldahl a dear friend and a guiding figure, so much so that people would regularly make the pilgrimage on the Fourth of July to Bovina, New York, where he and his wife Brooke Alderson held a huge celebration each year. That party’s last edition was held in 2016, the year that 2,000 people showed up.

Still, Schjeldahl was known to be a cantankerous figure, even among those close to him. This year, his daughter, Ada Calhoun, released a book chronicling her occasionally difficult relationship with him. “My father wasn’t abusive, but he never did any of the things that might qualify him as a ‘good father,’” Calhoun wrote in the New York Times earlier this year.

Schjeldahl’s self-lacerating late writings do not make any attempts to paper over his bad behavior. He wrote of having uncritically accepted a ’60s culture that “mandated women be doting helpmeets to their entitled—because genius—men.” He acknowledged that there were “folks out there in resentful and envious circles who will be glad to have me out of the way.”

But he also seemed permanently altered by his time with lung cancer, which had lent him a new appreciation of life’s shortness and art’s permanence.

“The works await us as expressions of individuals and of entire cultures that have been—and vividly remain—light-years ahead of what passes for our understanding,” he wrote in a 2020 New Yorker essay. “Things that are better than other things, they may even induce us to consider, however briefly, becoming a bit better, too.”