OLD MASTERS DEPARTMENT.It is a very big news day for very old paintings. An earlyPeter Paul Rubens, from around 1609,will hit the blockatSotheby’sin January with a high estimate of $35 million,Barron’sreports. The deliciously titled work,Salome Presented with the Severed Head of Saint John the Baptist, was believed lost until it showed up at auction at the same house in 1998. It sold then for $5.5 million. Meanwhile, an anonymous 17th-century painting damaged in the 2020 Beirut explosionhas been identifiedas anArtemisia Gentileschi, theNew York Timesreports. It is currently undergoing restoration at theGetty Centerin Los Angeles. And over in Amsterdam, theRijksmuseumsaid that it has lined upno fewer than 28 paintingsbyJohannes Vermeerfor a 2023 retrospective, setting it up to be the largest-ever show of the artist. 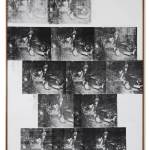 Monumental Warhol 'Car Crash' Painting to Sell at Sotheby's for More Than $80 M.

$25 M. Rubens to Lead Sale of Works from Met Trustee's Collection at Sotheby's

MIKE DAVIS,the revered, controversial, and venturesome writer and scholar,died Tuesday at 76,Carolina A. Mirandareports in theLos Angeles Times. The cause: complications related to esophageal cancer. Davis’s best-known work wasCity of Quartz(1990), which charts how “powerful interests in Los Angeles—namely, real estate developers, aided and abetted by politicians and the Police Department—had ruthlessly molded the landscape of the city to their whim,” Miranda writes. The expansive history made the Marxist former truck driver a celebrated public intellectual. Ina remembrancein theNation,Jon Wienerterms Davis an “author and activist, radical hero and family man,” and quotesAdam ShatzinLingua Francain 1997writing about the unending stream of calls that would come in to Davis’s house: “The calls last from morning to midnight. It might be the photographerRichard Avedonor the architectI.M. Peiwith a request for one of Davis’s legendary tours of L.A.”

Gagosianfirmly denied rumors that it is in talks to be acquired by the French luxury giantLVMH Moët Hennessy Louis Vuitton, whose chairman is collectorBernard Arnault. “There is absolutely no truth to the rumor and the company is not for sale,” a Gagosian spokesperson said. An LVMH rep declined to comment.[ARTnews]

Amid the energy crisis in Europe, theHamburger Bahnhofin Berlin turned the power off on its iconic, site-specificDan Flavinneon installation. “It is important that we as an internationally renowned museum set an example in the current situation and make our contribution to saving scarce resources,” its directors said.[The Art Newspaper]

Shutterstock, which distributes stock images, said that it will provide its users access toOpenAI’sDALL-E 2, which uses A.I. to generate art based on text prompts. It will also establish a fund to pay royalties to artists when the program incorporates their art into images.[PC Magazine]

Artist and architectMaya Linhas been hired to design a building atBard Collegein Upstate New York that will have rehearsal and performance spaces for the school’sFisher Center, which presents theater, music, dance, and more. Slated to cost $42 million, it will measure 25,000 square feet.[The New York Times]

A DISH BEST SERVED COLD.“I will avenge u mr van gogh,” rapperLil Nas Xwrote on Twitteryesterday, wading into the discourse around the food attacks that climate protesters have been making on famed artworks in recent months. There’s no way to use words to do justice to the images he shared. Just click.[@LilNasX/Twitter]