Pierre Soulages, Painter Whose Iconic Abstractions in Shades of Black Found Power in Light, Dies at102

Pierre Soulages, a French painter who created hundreds of canvas almost exclusively in shades of black for decades, died at 102 on Wednesday. A representative for his New York gallery, LGDR, confirmed the news of his death.

In France, Soulages has obtained legendary status for his sleek abstractions, which enact elegant plays between light and dark simply by juxtaposing uneven black strokes. He is one of just a few contemporary artists ever to have had a show at the Louvre in Paris, and he was once described by François Hollande, the former Prime Minister of France, as the “greatest living painter.” 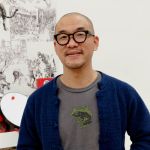 Emanoel Araújo, Founder of Museu Afro Brasil, Is Dead at 81

But Soulages has been considered a giant of postwar abstraction outside France, too, with retrospectives staged in locales ranging from São Paulo to Seoul.

“Pierre Soulages knew how to reinvent black, by bringing out light,” Emmanuel Macron, the Prime Minister of France, wrote on Twitter on Wednesday. “Beyond the dark, his works are vivid metaphors from which each of us draws hope.”

Macron had been referring to the term Soulages used to describe his usage of black, which he called “outrenoir,” or “beyond black.” He once said it pointed to a place where, “in the end,the black is not black anymore.The color black is only presentto reflect, transform, transmutethe light it collects.What is the color black?It’s this only color which isthe absence of all light.White is the gathering of all lightsbut black is total absence.”

He began to mainly rely on black paint in 1979, and never stopped. In these works produced using black, thick strokes stand out against flat backgrounds, and pieces of monochromatic canvases are removed while the paint is still wet, so that depressions are left behind. The paintings appear textural, even sculptural at times.

Soulages has often been compared to the Abstract Expressionists, who were active during the postwar era, when he first rose to fame. Yet Soulages often claimed he was different from them because these artists sought to portray their inner psychological states, while his pared-down canvases were meant to allow viewers to project their own emotions onto them.

“It happens between the surface of the painting and the person who is in front of it,” he once told the New York Times.

His abstractions from the postwar era do feature shades other than black, but his colors are similarly muted. Soulages’s paintings from the late 1940s consisted of little more than a few brownish strokes of walnut stain, a cheap kind of paint that he employed to rich effect. Spare and downcast, these paintings depict nothing outright, but they have been considered emblematic of the sad mentality of many in western Europe following World War II.

“His relentless gestures convey inconsolable rage at the country’s collapse even as they symbolize it,” Donald Kuspit once wrote in Artforum. “Clearly, there is an air of bitter tragedy to Soulages’s art. It certainly suffers from bad memories.”

Pierre Soulages was born in Rodez, France, in 1919. As a child, he regularly visited the Musée Fenaille, an archaeological museum that awakened within him a fascination with millennia-old objects. He would continue to cite antiquities as an inspiration throughout his career, and as a teenager, he even took part in a dig involving a Neolithic excavation chamber. The objects he discovered ended up being acquired by the Musée Fenaille.

At age 18, Soulages moved to Paris. He embarked on his journey to become an artist, but his quest was derailed by the start of World War II, at which point he was drafted into military service in Montpellier. He came back to Paris after the war ended and began receiving attention for his walnut stain works.

In 1947, he showed at Paris’s Salon des Surindépendants, and by the end of the decade, he had earned praise from the likes of artist Francis Picabia.

During this time, in the U.S., there had been a spike in interest in abstraction amid the rise of Abstract Expressionism. Curators in New York began looking abroad for similar examples, and Soulages figured in Stateside shows such as “Younger European Painters” at the Guggenheim Museum in 1953. Soon he was having solo shows with Kootz Gallery, the same space that had helped boost Abstract Expressionists like Robert Motherwell and Willem de Kooning.

While Soulages’s work appeared frequently in New York during the ’50s, it largely fell out of favor for decades afterward.

Within France, there have been efforts to cement Soulages’s place in art history. In Rodez, there is an entire museum devoted to Soulages that opened in 2014; it holds the deepest collection of his work, as well as a research library and a space for temporary exhibitions. In addition to Soulages’s 2019 Louvre show, there was a retrospective for him at Paris’s Centre Pompidou in 2009.

For Soulages, painting had the potential to radically transform the world.

“Painting allows us to live in a more interesting way than we live our everyday lives,” he once told Interview. “If painting doesn’t offer a way to dream and create emotions, then it’s not worth it.”