Surface Area, a gallery space and showroom near the Institute of Contemporary Art in Miami, said in complaint filed to Florida’s Southern District Court earlier this week that Ye, formerly Kanye West, owes $145,813for the “reservation, customization, and use of its rental space as a recording studio.”

Surface Area alleges that Ye and his team agreed to rent out the gallery space on January 5 for the remainder of the month at a rate of $5,000 a day, plus moving expenses of $20,000 and chair rentals. All costs were approved by Steven Victor and Laurence Chandler, Ye’s manager and general manager, according to the complaint. 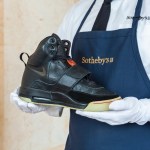 Why Have Artists Who Worked with Kanye West Remained Silent on His Antisemitism?

Once prices were agreed upon, Surface Area cleared the gallery of artwork valued collectively at $50 million to make space for music recording equipment that was then brought in on the 6th, according to the complaint. After the equipment was brought in, rappers 88-Keys, Pardison Fontaine and “others” began recording music.

It appears, based on the court documents, that at the end of the month, Ye and his team moved out of the space, but never paid.

“The Defendant has failed to pay any amounts whatsoever to the Plaintiff,” the complaint reads.

The lawsuit comes on the heels of a series of scandals and controversies for the artist. In various interview appearances on TV and podcasts, and posted on social media, Ye has made numerous antisemitic comments. Various business partners and associated celebrities, including Adidas, Gap, and the Creative Artists Agency, have cut ties with the once-lauded musician and clothing designer.