For its edition next April, Expo Chicago has big plans to expand the offerings it provides to curators.

Since 2016, the fair, in partnership with the New York–based nonprofit Independent Curators International, has hosted the Curatorial Forum, where curators from across the country can discuss pressing issues with their colleagues in the field. Now, the fair will add an initiative called Chicago Assembly, which will bring together a cohort of Chicago-based curators for programming held before and after the fair.

“Over the years, we have been able to engage with curators from across the country, from 15 to 20 states, representing a great scope of the field, but ironically, it was harder to connect with Chicago curators because, of course, that’s a very busy week for them,” Renaud Proch, ICI’s executive and artistic director, told ARTnews. 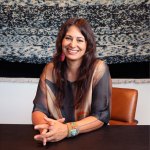 At Expo Chicago Fair, Museum Directors to Convene for Summit About 'Institutional Reinvention'

This news comes as part of ICI’s “increased presence in Chicago,” which includes a new office in the city that is led by the organization’s Midwest programs manager, Scott Vincent Campbell.

The keynote speaker for this year’s Curatorial Forum is Victoria Noorthoorn, who has been the director of the Museo de Arte Moderno de Buenos Aires since 2013. ICI selected Noorthoorn because of the ways in which she “has rethought the way that the Museo Moderno can function and fulfill its civic potential,” Proch said. “She’s engaged more broadly in an evolving discourse and conversation in museums, particularly in the Global South, as to what the role and relevance of an art institution can be in the 21st century.”

For her keynote, Noorthoorn said in an email that she will discuss the “processes of development and transformation” that she has spearheaded at the Museo Moderno. She added, “Against a background of economic fragility and social vulnerability, we redefined our priorities and mission to construct a museum for all; we amplified and diversified our curatorial strategies in order to further the emancipation of artistic thought and seek curatorial and social justice with a focus on equity, diversity and inclusion; and we emphasized educational access and integration, making of accessibility and mental health priority objectives in all our work.”

Building on Noorthoorn’s keynote, this year’s event will explore “questions around the idea of care and how we rethink that word, as especially as the root of ‘curating’ and ‘curators’ and to think of care through various aspects of curatorial work, like accessibility, community engagement, labor conditions, how we took care of one another, and how museums work with artists,” Proch said.

The expansion of Expo Chicago’s curatorial initiatives, which also includes a forum for museum directors begun last year, comes at a time when art fairs are resuming. Several new fairs have launched this year, including Frieze Seoul and Art Basel’s Paris+. Next year will bring the first editions of SG Art in Singapore and Tokyo Gendai.

Tony Karman, Expo Chicago’s president and director, said the Curatorial Forum and the new Curatorial Assembly are exactly what distinguishes his fair from others located in larger art markets.

“Whether there’s two new fairs or 22 new fairs, the most important thing to note is the legacy of what we’ve created with Expo Chicago,” Karman said. For him, that goes beyond just being a site of commerce where dealers can sell quality works to collectors (though that is still the heart of the fair’s mission), but also “maintaining this commitment to being a convening location for curators,” he said.

Additionally, Expo Chicago will also launch a new acquisition prize that will support the purchase of an artwork at the fair by a woman artist (up to $10,000) that will go to the DePaul Art Museum and a curatorial travel award of $3,000 that will benefit a woman curator attending the Curatorial Forum to further her curatorial research. Both the acquisition prize and travel award are supported by artist and philanthropist Barbara Nessim, and have been named in her honor.

In gathering these curators from across the country and now focusing on deepening connections with local curators, Expo Chicago is emphasizing how a fair can support the art ecosystem as a whole.

“Our job is to make sure that curators understand they have a place to actually speak with other curators and meet with each other for professional development,” Karman said.