Russian forces do not have complete control of the annexed regions of Kherson, Zaporizhzhia, Donetsk and Luhansk, and has lost considerable ground in Kherson to Ukrainian military offensives. CNNreported at the time.

Ukrainian media outlets have claimed since early in the war that Russian forces have removed valuable artifacts from theShovkunenko Regional Art Museum, which specializes in fine and decorative arts from Ukraine and Russia and the Kherson Regional Museum, with the most valuable works have been pilfered back in May before Ukraine forced could muster a counterattack,according toThe Art Newspaper. 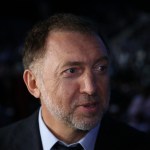 Other suspected casualties of Russian pilfering include Soviet-era monuments in Kherson dedicated to General Aleksandr Suvorov, Admiral Fyodor Ushakov and Prince Grigory Potemkin, two heroes of the Russian imperial era, which have reportedly been dismantled and removed from their plinths. Potemkin’s monument isn’t the only slight to the Ukrainian’s memory of the Prince who was once a lover of Catherine the Great. Russian forces have also removed his mummified body from the Cathedral of St. Catherine and taken it to an undisclosed location.

A second decree signed by Putin around the same day as the martial law decree said that “special measures” would extend to regions beyond the four that were recently annexed, including several Russian regions that border Ukraine and Crimea, which was annexed by Russia in 2014.

The Ukrainian Ministry of Culture said on October 15, four days before Putin announced his decree, that “removing the most valuable objects from the museums of Crimea and other occupied territories was in blatant violation of the Hague Convention for the Protection of Cultural Property in the Event of Armed Conflict,” according toThe Art Newspaper.