Earlier this year, citing close ties with the Kremlin and Russian President Vladimir Putin, the European Union sanctioned Usmanov in response to Russian’s invasion of Ukraine.

Usmanov’s collection, which includes works by seminal artists like Marc Chagall, has an estimated value of €5 million ($4.9 million). Until 2021, the works were being displayed on Dilbar, Usmanov’s $600 million superyacht. At that time, while the yacht was being renovated in Hamburg, the art was moved into storage. 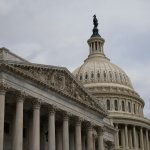 In April, German authorities impounded Dilbar. Usmanov did not declare all his assets in Germany, including artworks, according to Süddeutsche Zeitung.A representative for Usmanov, however, denied that the oligarch owns the paintings and superyacht.

In September, German policeraideda villa on Lake Tegernsee in the Bavarian region, along with other properties supposedly linked to Usmanov.

On Tuesday, German news outlet Der Spiegel reported that investigators had searched the Munich and Frankfurt branches of Swiss bank UBS in connection with Usmanov. The searches were conducted to collect evidence in a suspected money-laundering case, evasion of up to €555 million in taxes, and for infractions to the law of foreign trade, said a spokesperson for the attorney general’s office to the news agency Reuters.

Usmanov is not the first Russian oligarch to have his art and luxury holdings confiscated. In April, a Diego Rivera painting was among the assets seized from Oleg Deripaska, who was sanctioned in 2018.