Some of Sweden’s top art museums will no longer offer free admission to all following a new government budget plan for 2023 that reduces the amount the culture sector will receive.

As part of the plan, the Swedish government is no longer offering grant money that allowed state-run museums to go free for visitors, according to Dagens Nyheter. Still, children and young people under the age of 19 are expected not to have to pay to get into museums. 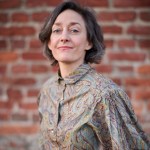 Among the institutions that will be impacted is the Moderna Museet, which has locations in Stockholm and Malmö. That museum is considered not only one of the premier institutions in Sweden, but also one of the finest modern art spaces in Europe.

The Nationalmuseum in Stockholm, which owns treasures by Rembrandt, Judith Leyster, Paul Cezanne, Antoine Watteau, and others, will also have to start requiring admission fees.

Parisa Liljestrand, the Swedish culture minister, told Dagens Nyheter that the move was intended to redistribute funding in such a way that would allow institutions greater freedom in organizing shows.

“On the one hand, we see that it is primarily regular museum visitors and foreign tourists who have benefited from this,” she said, “and on the other hand, we see that the reform has been underfunded right from the start, which has undermined the possibility for the museums to create quality exhibitions.”

Other politicians quoted by Dagens Nyheter seemed concerned by how the move could potentially reshape art institutions in the country.

Gunnar Ardelius, secretary general of the organization that guides Sweden’s museums, told the publication, “It costs to change.The museums have to introduce new barriers at the entrance, new visitor systems, and the museums have to bear that cost on their own.”