Despite arelative easing in China of severe Covid restrictions on Friday, the Shanghai Contemporary Art fair, Art021, temporarily shut its doors after a single security guard tested positive for the virus, according toThe Art Newspaper.The fair had been open for only one day.

“In view of the current epidemic prevention and control situation, in order to effectively protect the health and public health safety of the exhibitors, it was decided to suspend the ART021 Shanghai Contemporary Art Fair after consultation with relevant parties,” ART021’s organizers said in a statement. 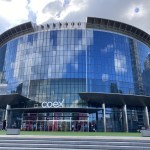 The closure should come as no surprise. China has taken azero-toleranceattitude towards Covid which, according to theNew York Times, has led to multiple lockdowns and widespread food shortages. The stringent policies and the fair’s sudden end have left some art dealers worried about the long-term effects on the city’s art market.

“It shouldn’t be any sort of big deal, but the government is always so idiotic about these Covid prevention measures,” one dealer, who wished to remain anonymous, toldThe Art Newspaper.

Exhibitors fear the disinfecting crews could damage the sensitive artworks, as they were given only a thin roll of plastic film and relatively little time to protect the works before disinfecting began.