One of the top museums in the American heartland has received a big donation of well over 100 contemporary artworks by some of the most notable artists of the past century.

The Speed Art Museum in Louisville, Kentucky, has officially received 177 works once owned by Alfred Shands, a former member of its board, and his wife Mary. These works are now set to figure in a show of the collection at the museum this March that will be organized by Julien Robson, a former contemporary art curator at the Speed and a longtime friend to the couple. 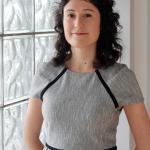 The Shandses’ bequest may lack the statement pieces by blue-chip artists often associated with large-scale donations, but it is rich in important works by figures who have been critically acclaimed.

Through the bequest, the Speed will now own an Ursula von Rydingsvard sculpture that rises more than eight feet high; ceramics by Beatrice Wood, Betty Woodman, Ken Price, Peter Voulkos, and other masters of the medium; a sizable circular sculpture by Anish Kapoor; two abstractions by Howard Hodgkin; and a vast installation by Petah Coyne that includes ribbons, a candle, artificial birds, and much more.

In an email, Tyler Blackwell, a curator of contemporary art at the Speed, noted that many of these artists were not formerly represented within the Speed’s collection at all. He called the gift “remarkable.”

“This gift truly transforms the museum’s contemporary holdings, and the exhibition in 2023 will provide a chance to see many of the works together one last time before they are recontextualized within theSpeed’s collection,” Blakewell said. “This is what the Shands had intended—for these works to eventually be seen and contemplated by a more public audience.”

Mary Shands died in 2009, and Alfred Shands passed away last year. Both were considered prominent patrons in the local art scene during their lifetimes. Mary once headed the Kentucky Art and Craft Foundation, also in Louisville, and in 2016, Alfred formed the Great Meadows Foundation, which provides funding to artists in Kentucky and the surrounding region.

The two had initially begun by collecting ceramics and soon branched out into other mediums. They had long planned to bequeath the collection to the Speed with the aim of significantly altering the museum. In 2015, Alfred told the Courier Journal, “When I’m gone, this will all be dispersed in ways to the Speed Museum, and it will never be the same.”

Now that the transfer of the collection has taken place, the Speed is indeed a very different institution, director Raphaela Platow said.

“Mary and Al believed in the power of art to transform their beloved community, which was the driving force behind their gifts to theSpeedand their passion for collecting art,” she wrote in an email. “This incredible collection was built with the intention to give it away to theSpeedand other institutions in the state, and we are incredibly grateful for their foresight and generosity.”

Correction, 11/10/22, 3 p.m.: A previous version of this article misstated Alfred Shands’s status on the board of the Speed. He was never chair, although he was a member for many years. Additionally, Tyler Blackwell’s name is not Blakewell, and Raphaela Platow’s name is not Vogel.