Gagosian Forms Star-Studded Board of Directors, Offering a Glimpse at the Gallery’sFuture

Larry Gagosian, the founder of one of the biggest galleries in the world, revealed on Wednesday that he had formed a board of directors in late 2021, with the first of two annual meetings having taken place in May. The board is comprised of members from seemingly disparate industries, from real estate to tech to film and television industry, that will provide “strategic insight and guidance for the gallery,” according to a press release.

The most prevalent member, at least for those who consume art media on a regular basis, is Delphine Arnault, the executive vice president of Louis Vuitton, who also sits on LVMH’s board of directors and its executive committee. For the better part of this year, whispers have circulated through the art world thatLVMHwas set to purchase the mega-gallery, which Gagosianstrongly deniedas mere speculation. 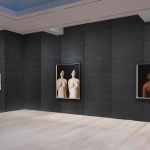 A second theory was put forward by the art market newsletterthe Canvas,which floated the possibility that LVMH had extended a $1 billion line of credit to the gallery to bolster its ability to compete for blue-chip works when they come to auction.

From the entertainment world, the board will include the filmmaker Sofia Coppola and William Bell Jr., president of Bell-Phillip Television Productions, which owns the legacy soap opera The Young and The Restless.

Francesco Bonami, curator of the 2003Venice Biennale, and the artist Jenny Saville, along with Larry Gagosian himself and seven staff members of the gallery, will represent the art world on the board. (Saville is on the roster of Gagosian.) Members from the tech and entrepreneurship sector include Snapchat cofounder and chief executive Evan Spiegel and the Monaco-based investor Laurent Asscher.

“My goal in assembling a Board of Directors was to raise the bar on the gallery’s strategic thinking and vision for the future,” said Larry Gagosian in a press release.

Gagosian is now 77, and many have begun to guess about his succession plans for the gallery. Wednesday’s announcement did not mention those plans explicitly, but the reveal of the board members will likely only fuel greater speculation.

In 2019, Andrew Fabricant, who also sits on the board, was namedchief operating officer, which many took as a sign that he would play a role in the gallery’s future.