U.S. Museums Have ‘Moderately’ Increased Diversity Among Staff, According to Two NewStudies

Since 2020, art museums worldwide have faced mounting pressure to remedy inequity in their institutions, starting with plans to increase diversity and throughout their operations. According to two studies released today (one by the Mellon Foundation and the other by the Black Trustee Alliance for Art Museums), U.S. museum staff has diversified—though likely not to the degree most demonstrators had hoped.

Produced in partnership with theAmerican Alliance of Museumsand theAssociation of Art Museum Directors,the Mellon Foundation’s “Art Museum Staff Demographic Survey” found that compared tothe previous two surveys it has published, in 2015 and 2017, museum staffs have seen “moderate” increases in number of people of color across all museum roles. In 2015, 27 percent of museum staff included in the report identified as people of color; in 2022, that number rose to 36 percent. The increase includes museum managerial roles, where the number of Black managers has more than doubled since 2015. 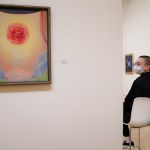 A Fifth of Museum Workers Won't Return to the Field After the Pandemic, Survey Says

One Third of U.S. Museums Have Not Reopened, Survey Says, and More: Morning Links from November 18, 2020

The data was gatheredbyIthaka S+Rbetween February and April of this year from the responses of more than 30,000 individual museum staffers across 328 participating museums in North America. “Substantial” increases in diversity were made in museum departments including security, facilities, and education—departments which are historically overrepresented by people of color, and which saw the greatest job losses as a result of the Covid-19 pandemic. However, participating museums reported that they have “dramatically” increased staffing in all of these areas since 2020.

Additionally, the gender ratio on museum staffs have been constant since the first 2015 survey,at 40 percentmale and 60 percentfemale, with increases for women’s representation in museum leadership roles (58 percent in 2015 to 66 percent in 2022).

“Though progress remains slow and uneven, the demographics of museum employees across the country are becoming more reflective of the diverse communities their organizations serve,” Elizabeth Alexander, president of the Mellon Foundation, said in a statement. “We are pleased that the information and insights included in this latest survey will further equip and encourage American museums to build even more representative and robust arts and culture institutions throughout the United States.”

Also released today was the inaugural survey report by theBlack Trustee Alliance for Art Museums, a network established in 2021 to “dismantlebarriers that block the entry and advancement of Black staff and leadership in the cultural field,” according to the report materials.The alliance includes many of the world’s top collectors, such as Pamela J. Joyner, Denise B. Gardner, and Raymond J. McGuire, its co-chair.

The alliance’s report, titled “The BTA 2022 Art Museum Trustee Survey,” received responses from one of more trustees from 134 art museums, with 83 of those museums sending responses from at least one Black trustee. In total, the report includes data from over 900 trustees who responded, as well as follow-up interviews with 20 Black trustees. The report is intended to present data about the “the characteristics, roles, and experiences of Black trustees in North American art museums,” according to a release.

“BTA’s inaugural Art Museum Trustee Survey Report is the first to capture the unique position of a Black trustee. While one can more easily observe the low numbers of Black museum trustees, the extent of the racial disparity at the board level has not yet been clearly articulated or documented otherwise,” the report continued. One of the few data points on the subject was published in 2017 by the American Alliance of Museums and found that nearly 50 percent of museum boards lacked even one person of color.

With support fromtheMellon Foundation, BTA partnered with Ithaka S+Rto conduct interviews of 20 Black trustees to understand why they are so underrepresented on museum boards. Researchers concluded that most are simply not approached to join, and museum directors are more likely to invite individuals already in their social and professional circles—which, according to the report, are “racially stratified.”Black trustees, consequently, are less likely than white board members to have family members that already serve or have served on art museum boards.

The report shares several takeaways:Black trustees tend to be younger and are less likely to “show indications of intergenerational wealth” than white board members; Black trustees also hold more Ph.D.s and professional degrees than their counterparts on museum boards; and are more represented on DEI committees, compared to collections and acquisitions committees.

“Looking ahead, we understand the importance of establishing a benchmark from which we can measure changes in the field,” BTA said in a statement, which continued: “Creating an equitable institution takes time. And while our overall objective is clear, the way to get there is not—and rightfully so, since no two institutions operate the same way.”