Anonymous Was a Woman, a grant-making organization founded by Susan Unterberg, has revealed the 2022 winners of its vaunted grants, which go to women-identifying artists over the age of 40 who are at “a critical junction in their career.”

Each of the 15 winners will receive $25,000. Those winners include Jaune Quick-to-See Smith, an 82-year-old painter set to receive a Whitney Museum retrospective in 2023, and Abigail DeVille, a 41-year-old sculptor whose work is being surveyed right now at the Bronx Museum.

According to Anonymous Was a Woman, this batch is the most diverse batch of grantees in its 26-year history. There are more artists based outside the New York area and California than usual, and for the first ever, a trans woman has received a grant. That artist is Dr. micha cardénas, whose work has often focused on the relationship between gender, race, and technology. 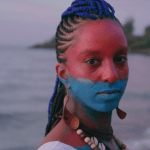 “The art world is changing,” Unterberg said in an interview with ARTnews. “We wouldn’t have had a trans artist 10 years ago. Mediums are changing, and they’ll continue to.”

The awards also suggest that definition of “mid-career” is in flux. If in the past many of the awardees were between their 40s and their 60s, this year quite a few of the artists fall outside that range.

Among the winners of the grants this time are the 80-year-old painter Mary Lovelace O’Neal, whose works have only recently begun getting recognition, and the 86-year-old Shirley Woodson, a legend in the Detroit art scene whose work has yet to receive major shows in the country’s biggest institutions.

Unterberg said she is hoping to bring this year’s artists greater acclaim through the grants, which have also grown in prominence alongside some past winners. By way of example, she cited an anonymous donation that allowed Anonymous Was a Woman to offer more grants than usual.

The 2022 winners of the Anonymous Was a Woman grants follow below.