The National Gallery of Canada in Ottawa has let go of four senior staff members, including its chief curator and its longtime Indigenous art curator, in an unexpected move Friday evening that shocked Canada’s art community.

The news comes less than six months after the departure of Sasha Suda, who left her role as the institution’s chief operating officer and director in July to become the director of the Philadelphia Museum of Art in September.

A memo from interim director and CEO Angela Cassie said a restructuring was the reason for the departures of NGC deputy director and chief curator Kitty Scott; director of conservation and technical research Stephen Gritt; senior manager of communications Denise Siele; as well as Greg A. Hill, Audain senior curator of Indigenous Art. 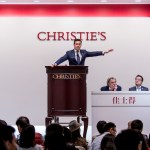 “The workforce changes are the result of numerous factors and were made to better align the Gallery’s leadership team with the organization’s new strategic plan,” Cassie wrote. “For privacy reasons, the Gallery is not at liberty to discuss details regarding these departures.”

Hill, who worked at the NGC for 22 years and was the museum’s first Indigenous curator, said he was immediately let go for much clearer reasons. “I want to put this out there before it is spun into meaningless platitudes,” he wrote on Instagram on Thursday. “The truth is, I’m being fired because I don’t agree with and am deeply disturbed by the colonial and anti-Indigenous ways the Department of Indigenous Ways and Decolonization is being run.”

In 2013, Hill co-curated the groundbreaking survey exhibition “Sakahàn: International Indigenous Art,” with associate curator of Indigenous Art Christine Lalonde and guest curator Candice Hopkins, who won the Independent Curator International Leo Award last year. That exhibition brought together the work of more than 80 contemporary Indigenous artists from the world and was among the first in Canada to be opened with a land acknowledgement. In 2018, Hill was also an Indspire Award winner for the Arts.

Vancouver art collector and philanthropist Michael Audain, who had endowed the Indigenous curatorial job since 2007, told the Globe and Mail in an email that the firing of Hill was “a great surprise.”

He continued, “I was under the impression that Greg had done a creditable job of introducing Indigenous art into the gallery, something which was sadly missing when former director Pierre Théberge originally asked me to endow Greg’s position.”

Scott has more than 27 years of experience in major art museums like the Art Gallery of Ontario in Toronto and the Serpentine Galleries in London. She also acquired one of Louise Bourgeois’s iconic spider sculptures that now sits at the front of the National Gallery of Canada’s entrance.

The National Gallery of Canada and its former staffers did not immediately respond to ARTnews’s requests for further comment.