Carolyn Maloney, a Democratic Representative of New York to Congress, is under investigation by the House Ethics Committee for allegedly casting around for an invitation to the year’s most desirable event, the ever-fashionable Met Gala, reportsPolitico.

According to anethics reportfiled by the committee, “If Rep. Maloney solicited or accepted impermissible gifts, then she may have violated House rules, standards of conduct and federal law.”

Maloney denies the “unproven and disputed allegations” in the ethics report, a spokesperson toldPolitico,and her attorneys claim that her attendance to the soirée “was appropriate and complied with all applicable House gift rules, laws, and regulations,” according to astatement attached to the ethics report. 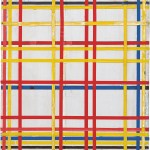 Maloney, who had attended the star-studded event multiple times in the past, was wiped from the invite list in 2016. That is, until she allegedly put in a call to a former president of the Metropolitan Museum, Emily Rafferty, asking for an invitation. Rafferty testified to that fact, though Maloney claims she has no recollection of making the call.

The Congresswoman has been invited to the Met Gala every year since.

Investigators also discovered that Maloney may have repeated the request in 2020, when she asked a staffer whether she yet had received an invitation and how to contact someone at the Met’s office of governmental affairs.

This year will be Maloney’s last in Congress—she lost primary race against fellow New York Democrat and powerful committee chair Jerry Nadler, whom she was pit against after redistricting combined the Upper East and Upper West Sides of Manhattan.

According to CNN, the primary raceturned vicious, with Maloney allegedly telling people Nadler was “half dead” and suggesting he wasn’t healthy enough to sit in Congress for a full term should he win.