On Monday, Nottingham Castle, a popular cultural destination in England that dates back to the 11th century, announced that it would be closed until further notice, shocking many and leaving its future in question.

The castle’s website has been replaced with a message to visitors: “We are saddened to announce that Nottingham Castle Trust has begun the process of appointing liquidators and the Castle grounds and exhibitions will remain closed to all visitors until further notice.”

Hanging in the balance is the fate of the castle’s storied art collection, which includes a range of works, from historic decorative objects to recent pieces by celebrated living artists. Included in that collection are works by notable British artists from years past, among them the 19th-century painter Richard Parkes Bonington, who was from a town near Nottingham, and Laura Knight, a local artist who was associated with the English brand of Impressionism. 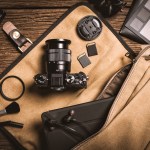 These 2022 Black Friday Deals on Cameras Are Still Available

There are also contemporary works by artists such as Yinka Shonibare, Sam Taylor Wood, and Grayson Perry.

The past few years at Nottingham Castle, which reopened in 2021 after a £30 million renovation, have been rocky. During that time, there have been falling attendance numbers, the departure of its chief executive, allegations of racism from an anonymous staff members on the part of leadership there, and complaints from the public about its steep ticket prices.

What will happen now to the castle is uncertain.

The message on its website concludes, “We would like to thank all the Castle’s supporters, including the thousands of visitors that have been through our gates. Finally, a huge thank you to staff and volunteers who made Nottingham Castle such an amazing place to visit.”