Rijksmuseum Authenticates Three Vermeer Paintings Ahead of Blockbuster Exhibition in2023

Ahead of its blockbuster survey of Johannes Vermeer, the Rijksmuseum in Amsterdam has authenticated three paintings with contested attributions, expanding the Dutch artist’s small oeuvre. The three additions include Girl with a Flute, which made headlines in November when the Rijksmuseum reversed a decision by the National Gallery of Art in Washington, DC to strip its authentication.

In October, the curator of the National Gallery of Art, Marjorie Wieseman, said it was likely produced by “an associate of Vermeer—not by the Dutch artist himself, as was previously believed.” The announcement followed a long scientific and artistic analysis. The team of curators, conservators, and scientists concluded that the author had botched the layering of pigments, resulting in a coarse finish unlike the precise brushwork synonymous with Vermeer. 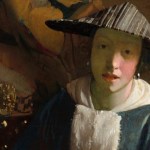 A Vermeer at the National Gallery of Art Loses Its Attribution, Opening New Questions About the Master Painter

The gallery said the findings challenged long-held beliefs about Vermeer’s practice. He may not have been “a lone genius,” it said, but “an instructor or mentor to the next generation of artists.”

The painting is currently on view in the current Washington, DC exhibition “Vermeer’s Secrets,” where it is labeled as a studio work.

Pieter Roelofs, the Rijksmuseum co-curator, told the Amsterdam newspaper Het Parool, “It is being lent as a ‘non-Vermeer’, but we will hang it as a real Vermeer.” He added that “the doubt will disappear during the flight over the ocean.”

The Rijksmuseum survey is set to be the largest exhibit ever of Vermeer’s work, with 28 paintings assembled for the first time. There are only 36 surviving paintings by Vermeer, so any change in attribution can have an immense impact on the academic scholarship and programming around the artist.

A painting of Saint Praxedis has also been accepted as a Vermeer. Produced between 1640 and 1645, it is a copy of a work by the Italian artist Felice Ficherelli.

A small number of scholars, most vocally Arthur Wheelock, a Vermeer specialist formerly with the National Gallery of Art, believe its unidentified signature belongs to Vermeer. It was excluded from the “Young Vermeer” exhibition that traveled to the Hague, Dresden, and Edinburgh between 2010 and 2011.

The Art Newspaper reports that Saint Praxedis sold in 2014 at Christie’s for £7.2 million ($6.3 million) as a Vermeer, with support from a technical analysis at the Rijksmuseum. It will come to the Rijksmuseum next year from Tokyo’s National Museum of Western Art, where it is on loan from “a Japanese company,” according to the newspaper.

The last addition to the show is Young Woman Seated at a Virginal (1670–72), from Thomas Kaplan’s Leiden Collection. Despite some initial doubts about its authenticity, it was auctioned at Sotheby’s in 2004, selling for £16 million (roughly $19 million).The painting was also deemed an authentic Vermeer following an examination at the Rijksmuseum.