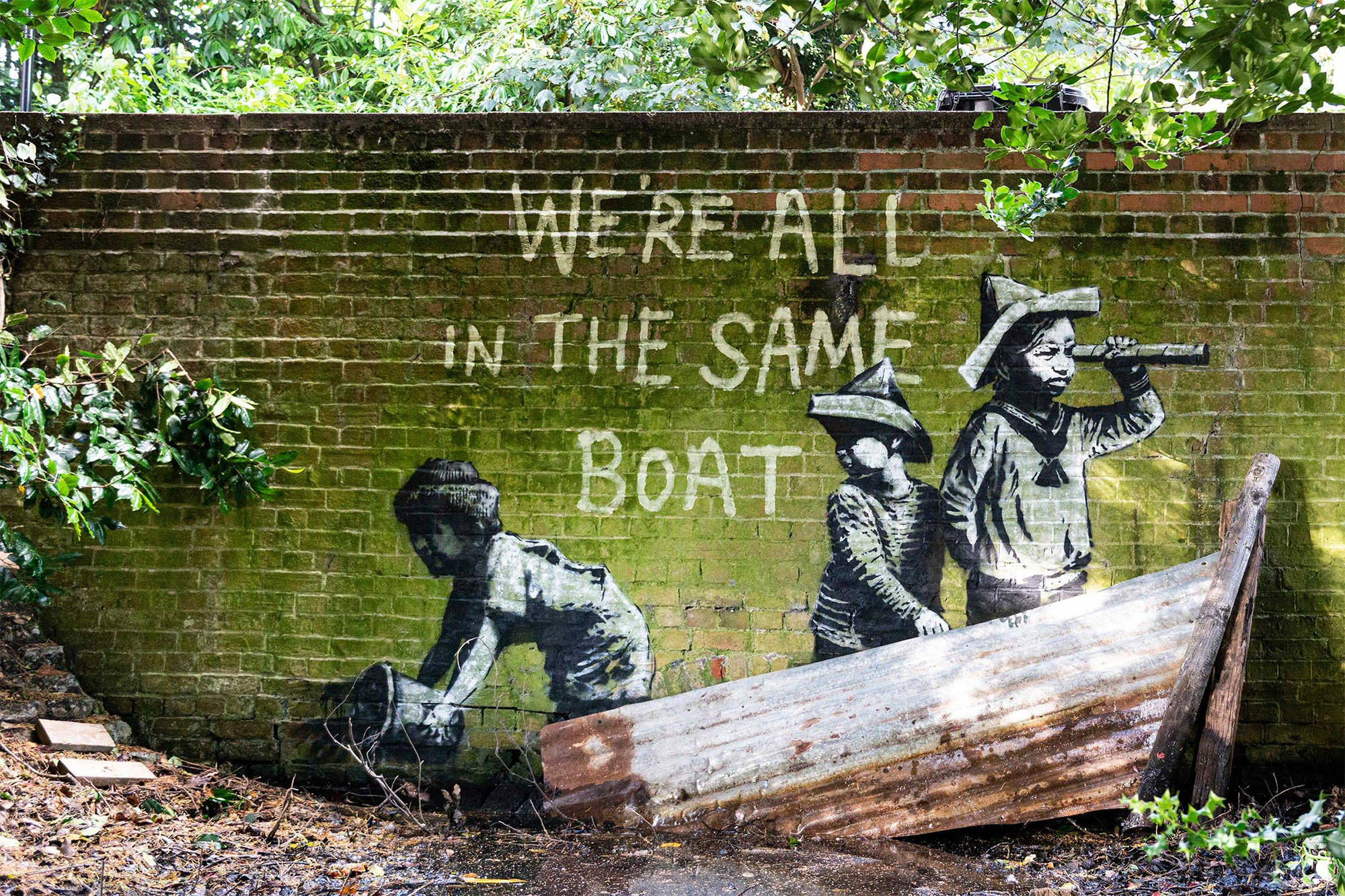 All images courtesy of Banksy

In what’s dubbed A Great British Spraycation, ten new artworks by Banksy (previously) recently popped up across coastal towns in England in witty interpretations of quintessential summertime fun. A short film posted to Instagram shows the anonymous artist driving around Norfolk and Suffolk in an aging camper as he paints his signature stenciled murals of children imagining an adventure at sea, the metal claw of an arcade game descending over a bench, and a couple dancing atop of a bus stop.

A Great British Spraycation satirizes the idea of “staycations,” a necessary alternative to traditional holidays in the wake of COVID-19 and restrictions placed on international travel following Brexit. Coincidentally or perhaps intentionally, three of the cities the artist worked in—Great Yarmouth, Gorleston, and Lowestoft—are competing to become the next UK City of Culture in 2025.

This glimpse into Banksy’s process follows a wave of similarly revealing footage from the artist, who’s increasingly documented his works-in-progress, like in  “Create Escape” or in another video of his trademark rats causing havoc on the London Underground. 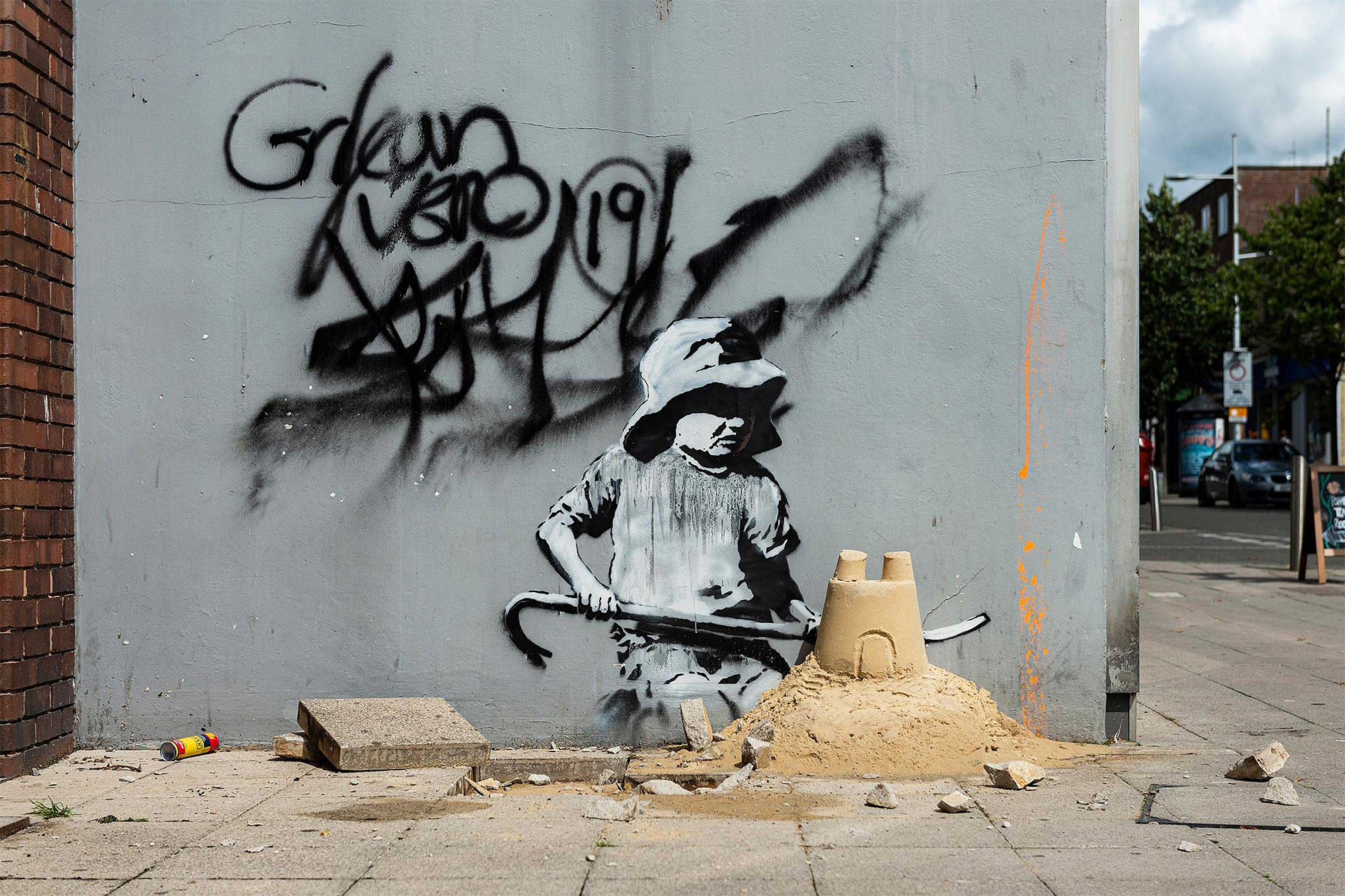 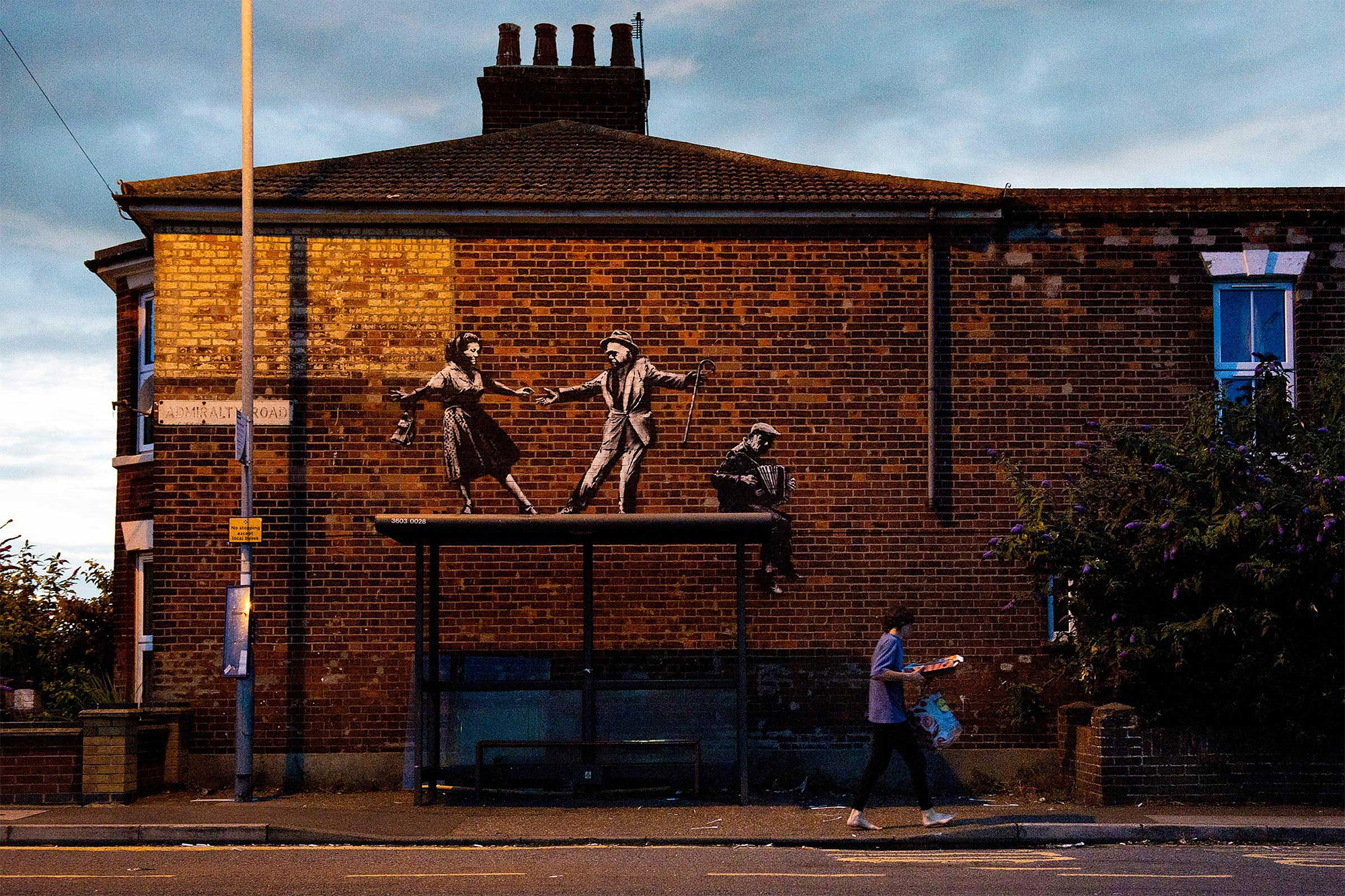 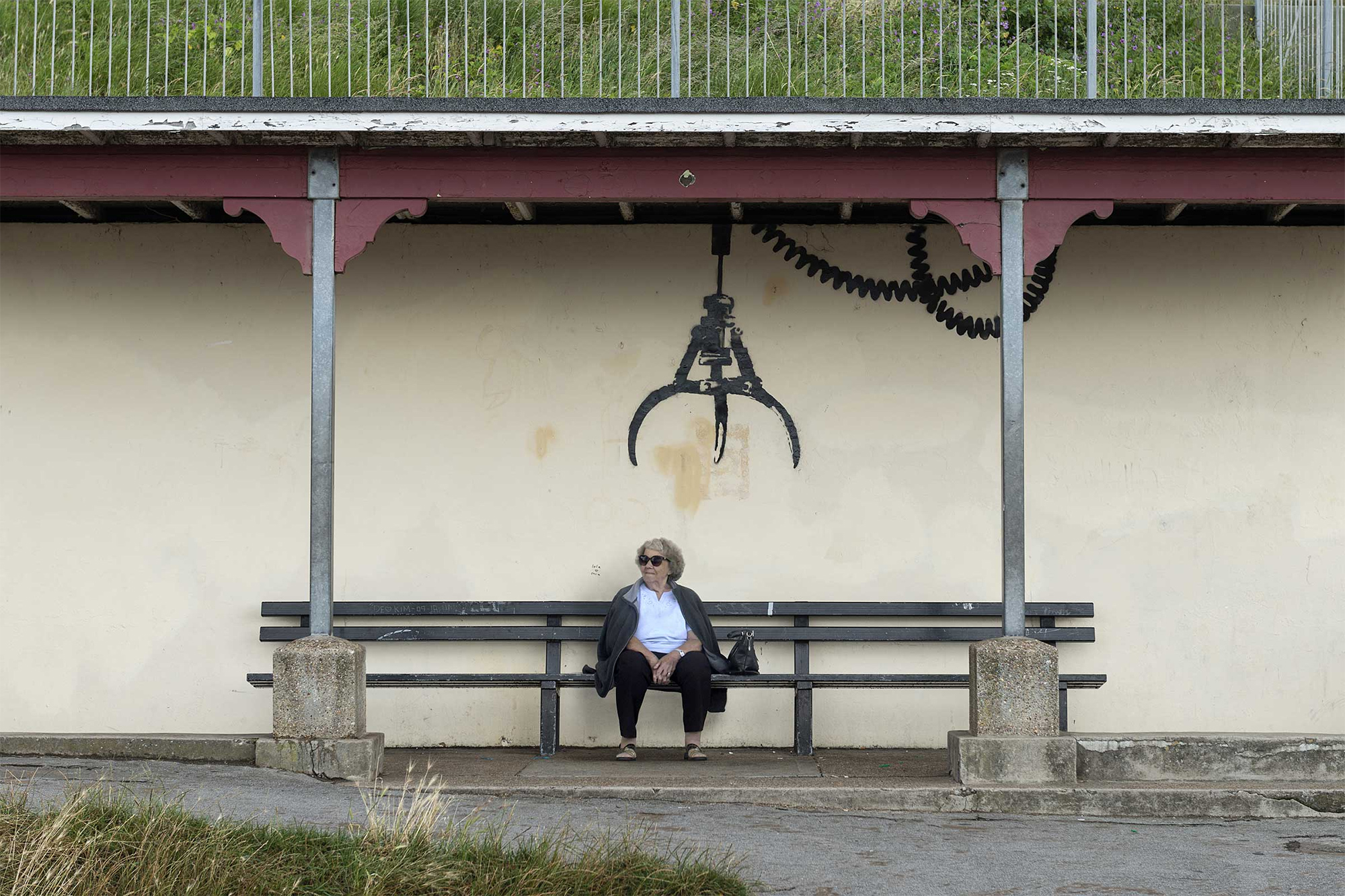 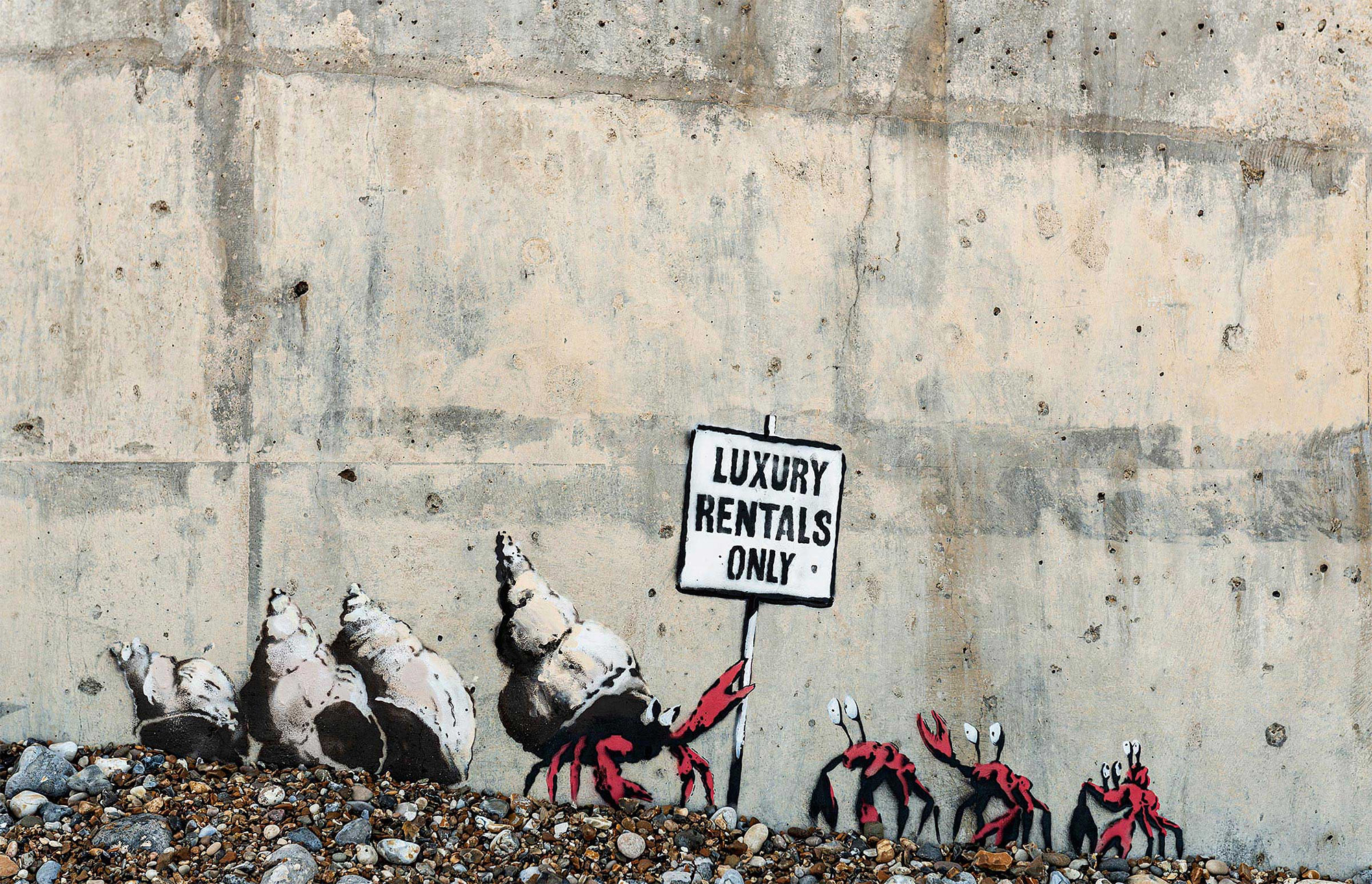 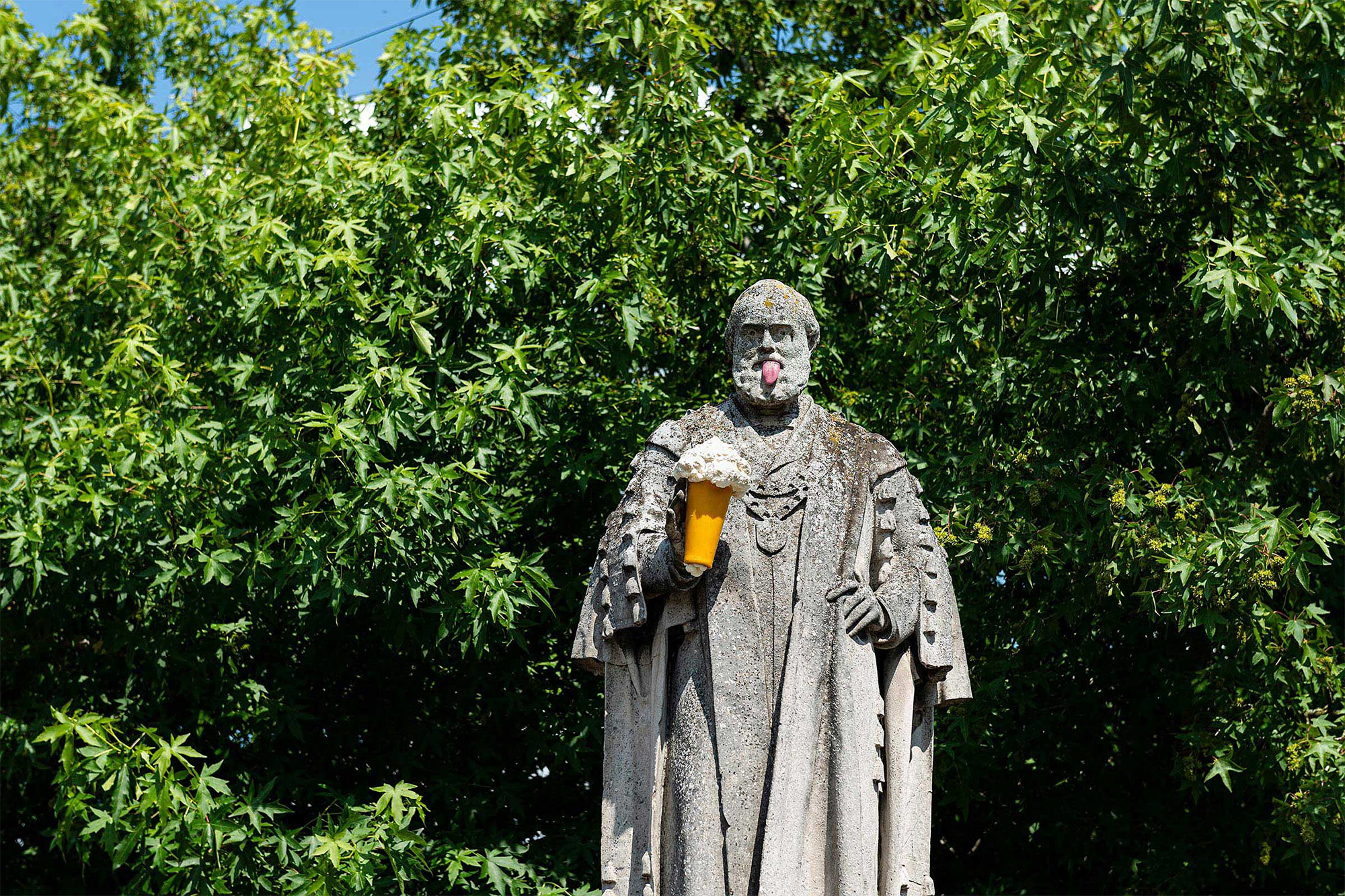 Banksy Unofficially Collaborates With Basquiat Outside the Barbican