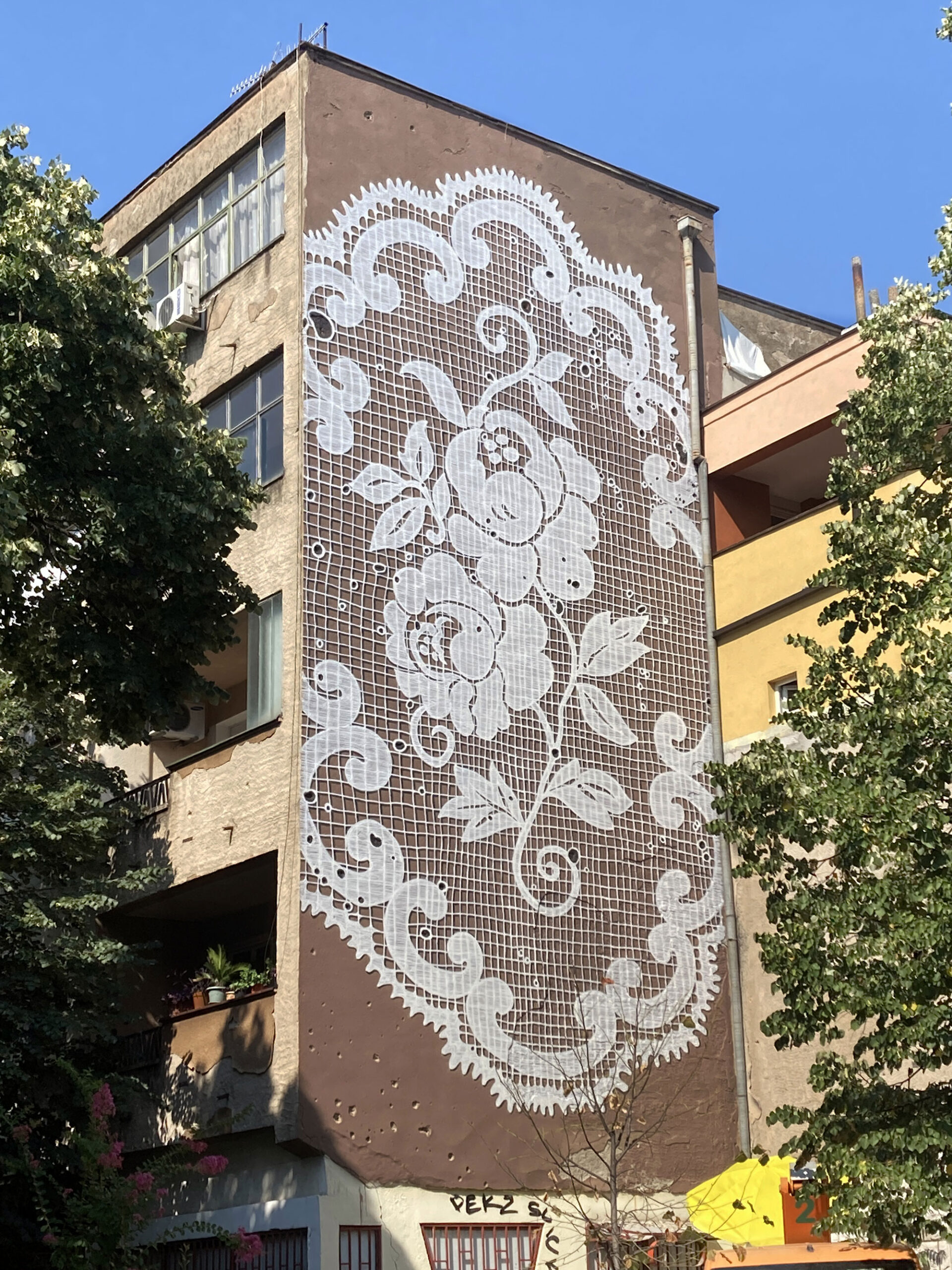 Mostar, Bosnia and Herzegovina. All images © Nespoon, shared with permission

Every inch of Nespoon’s elaborately designed murals is rooted in local history. Prior to sketching one of her large-scale lace patterns on a residential building or commercial facade, the Warsaw-based artist (previously) visits museums and meets with residents to learn more about the region’s culture and its ties to fiber arts. “I respect and commemorate the emotional bound between individual patterns and particular cities or even particular groups of lacemakers. If there is no tradition of lace making in the area where I work, I ask for laces in the homes of elderly people living nearby,” she tells Colossal. “I always find something.”

The resulting murals envelop concrete and brick structures in intricate webbing embellished with oversized florals or fringed edges. Often splaying across multiple levels and wrapping around corners, the massive works showcase the intricacies of the craft and bring the adornment traditionally associated with domestic life out into a public space. 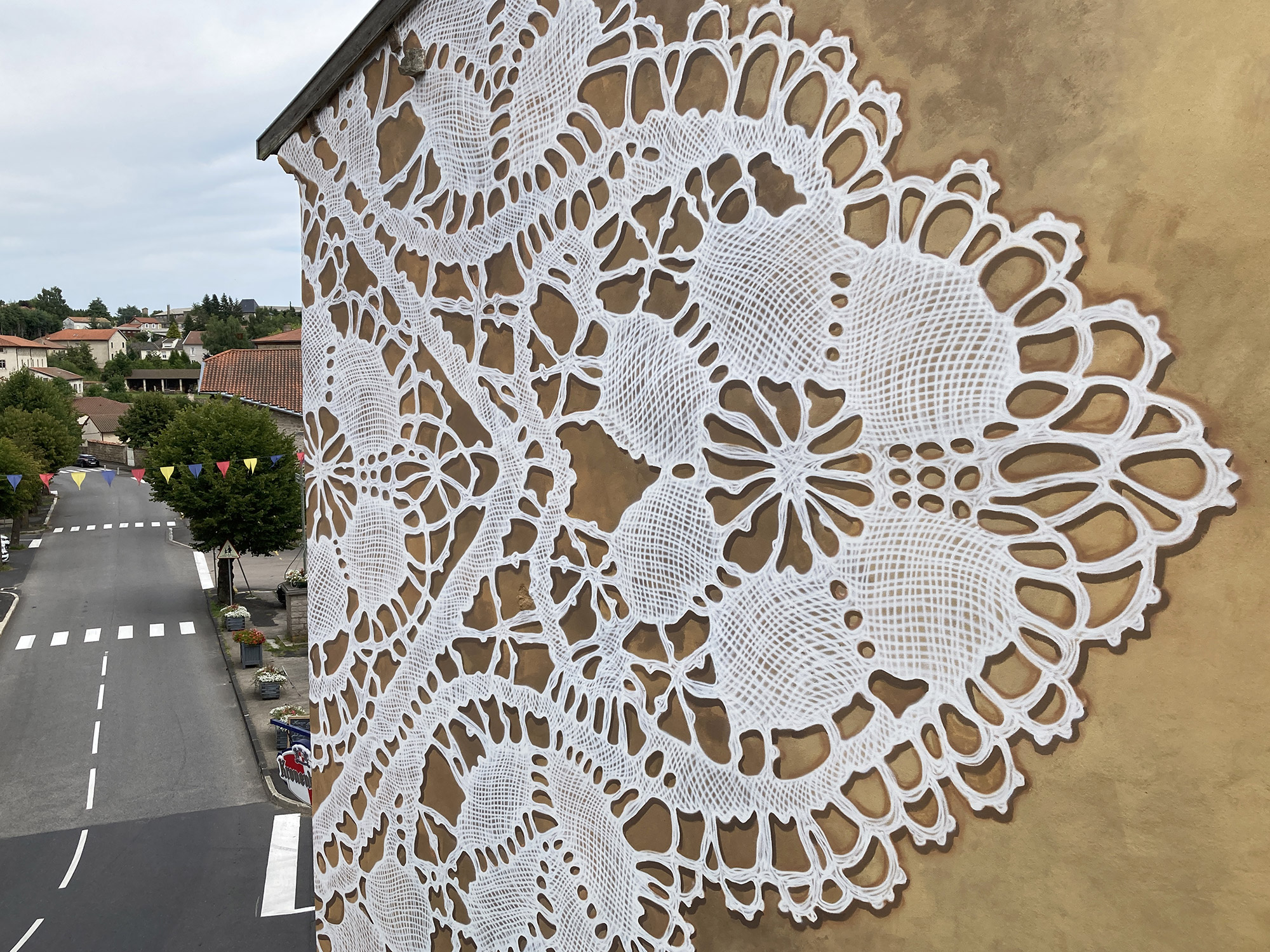 Because women produced almost all of the decorative textiles for centuries, their stories remain at the forefront of Nespoon’s body of work, which ranges from stenciled graffiti pieces to smaller ceramic installations imprinted with patterns. Still today, lace museums and makers tend to be women, the artist says, veiling each of her site-specific projects within a broader, global context of feminine art, craft, and tradition.

While many of her projects are celebratory and honor the local customs that manifest in the lace pieces, others, like humble motif painted in Mostar, Bosnia and Herzegovina, necessarily confront a community’s struggles. “For the first time in my life, my wall had such clear traces of war, dozens of bullet holes all over the facade,” Nespoon writes, explaining further:

While working, I thought about the fate of women who are victims of wars all over the world. Here, in Bosnia and Herzegovina, however, it had an extraordinary dimension. Institutionalized sexual violence and mass rape were a cruel instrument of terror used in this conflict, in front of the whole world. I wanted to not think about it, but I did. The bullet holes became part of my mural.

Next week, Nespoon will be installing a lace web at the Triennale di Maroggia in Switzerland. She’s also preparing for a solo exhibition next May in Brescia, Italy, and working on a book compiling her works from the last 12 years, many of which you can find on Behance and Instagram. 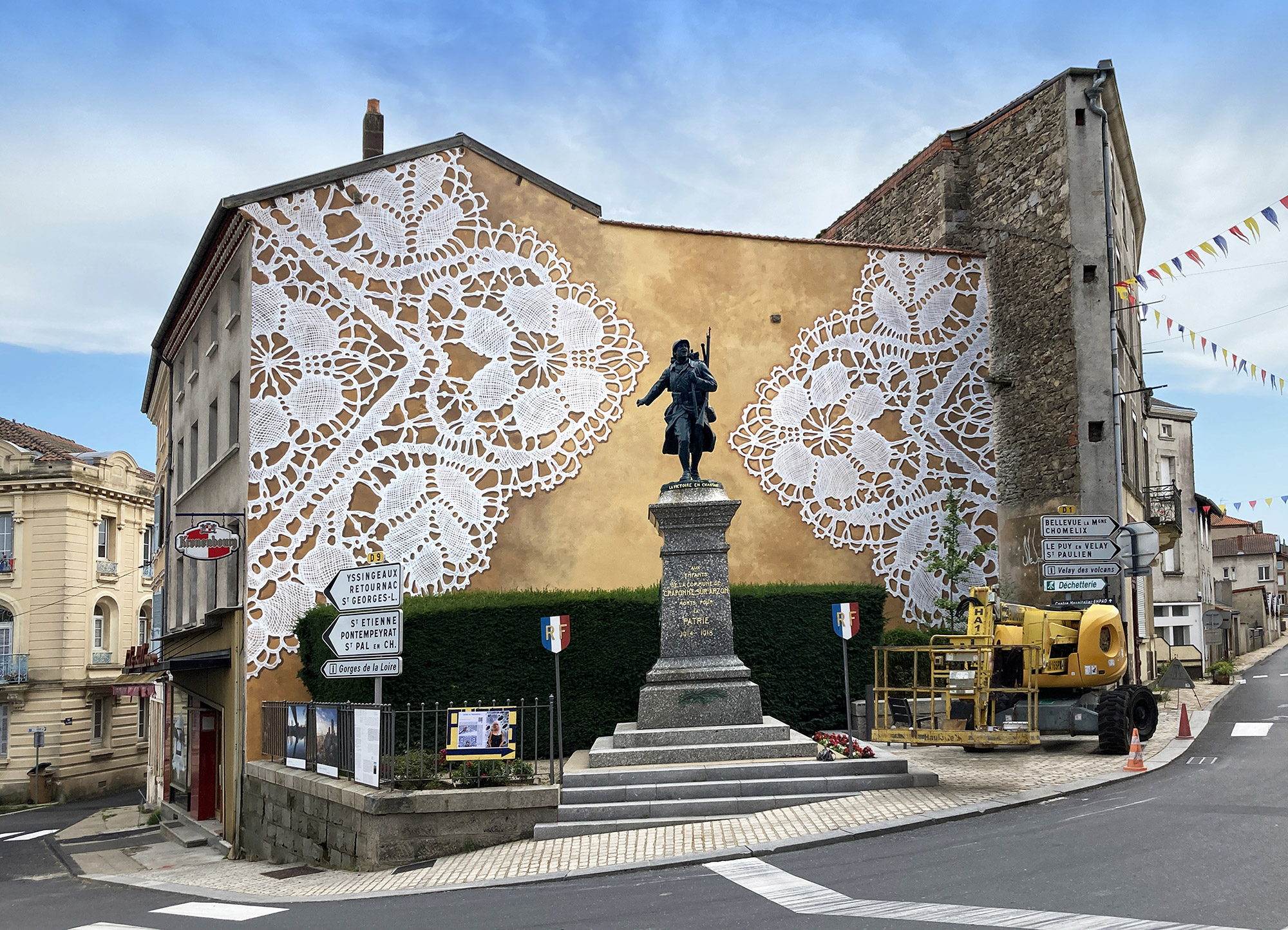 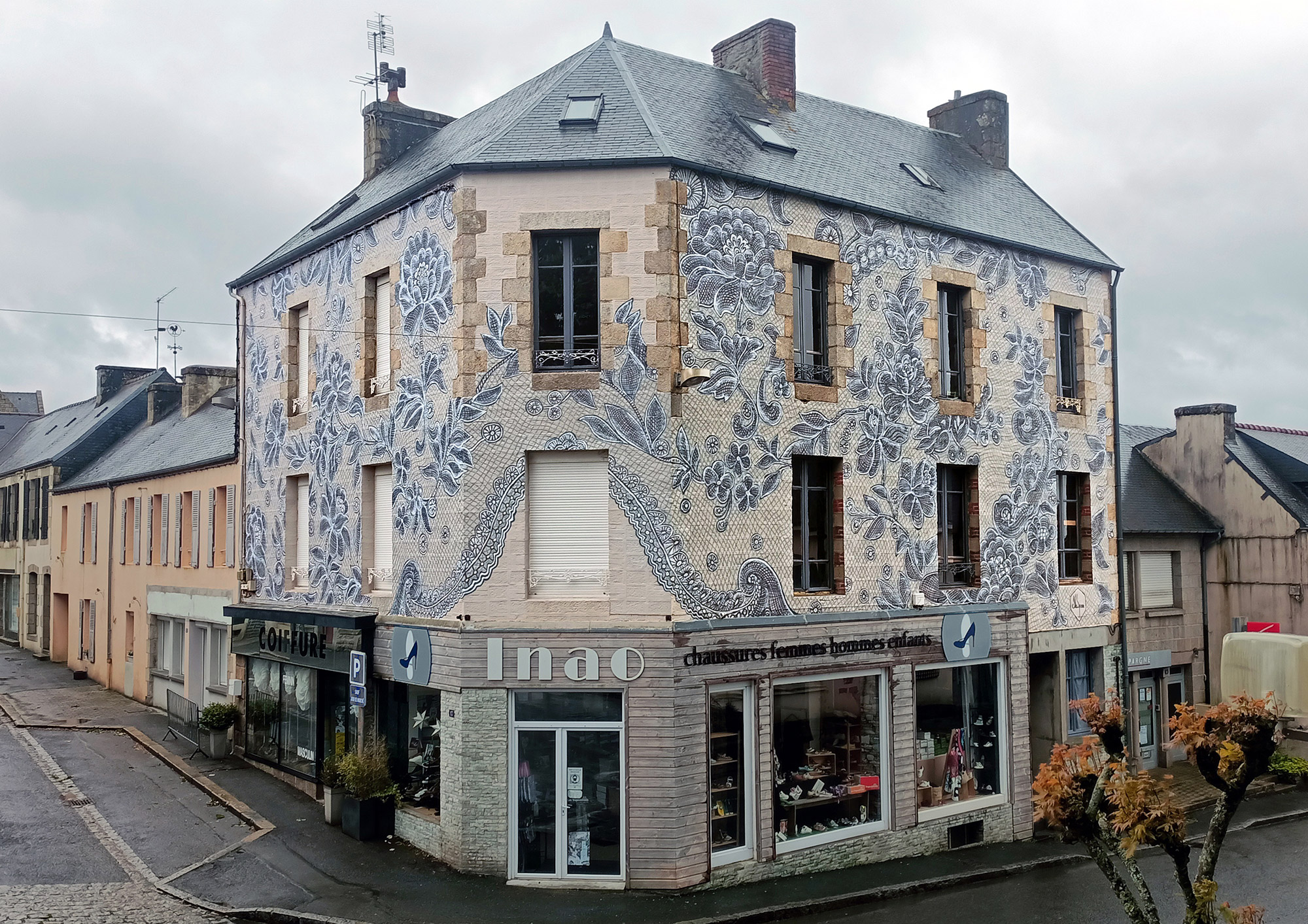 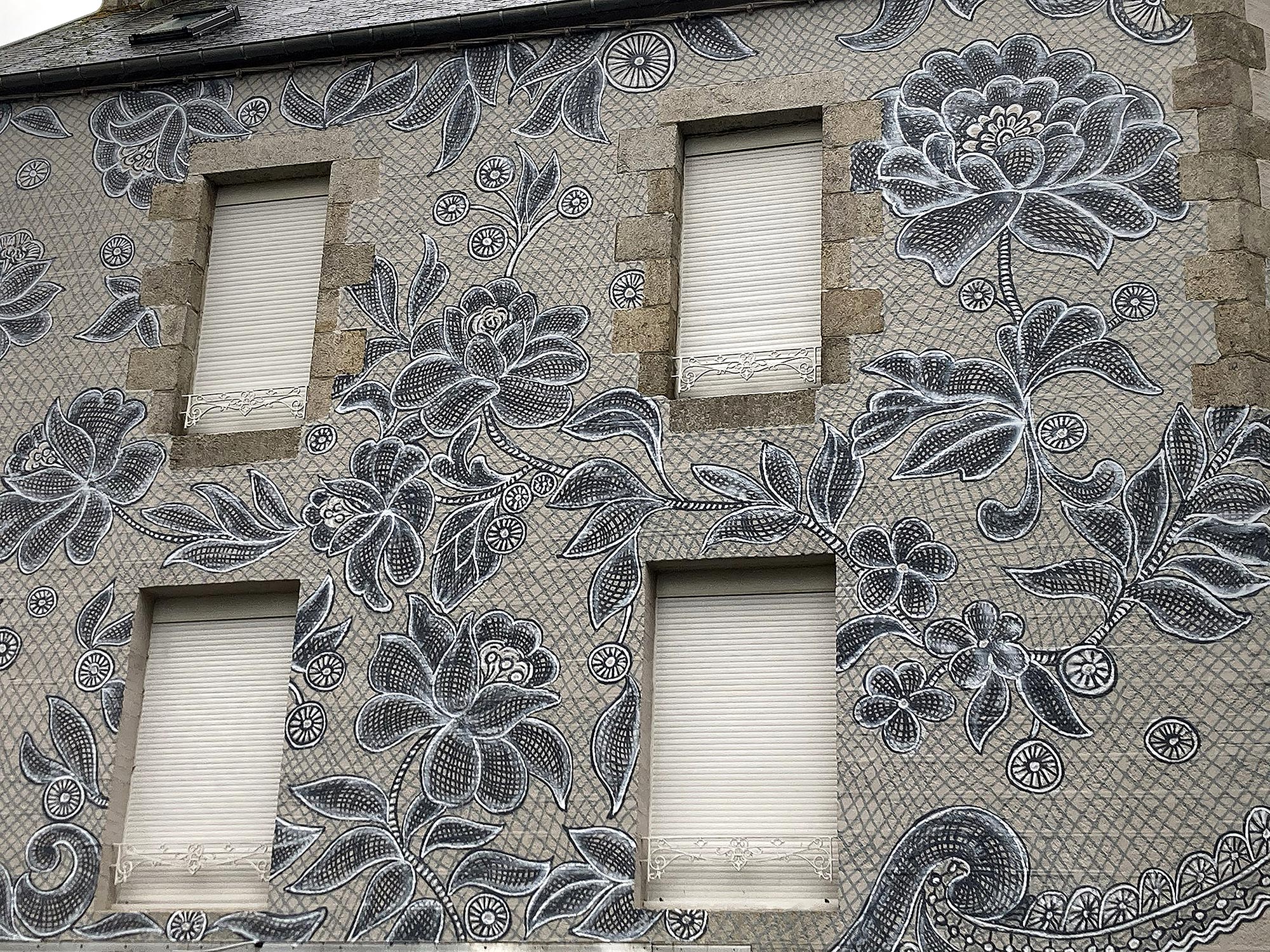 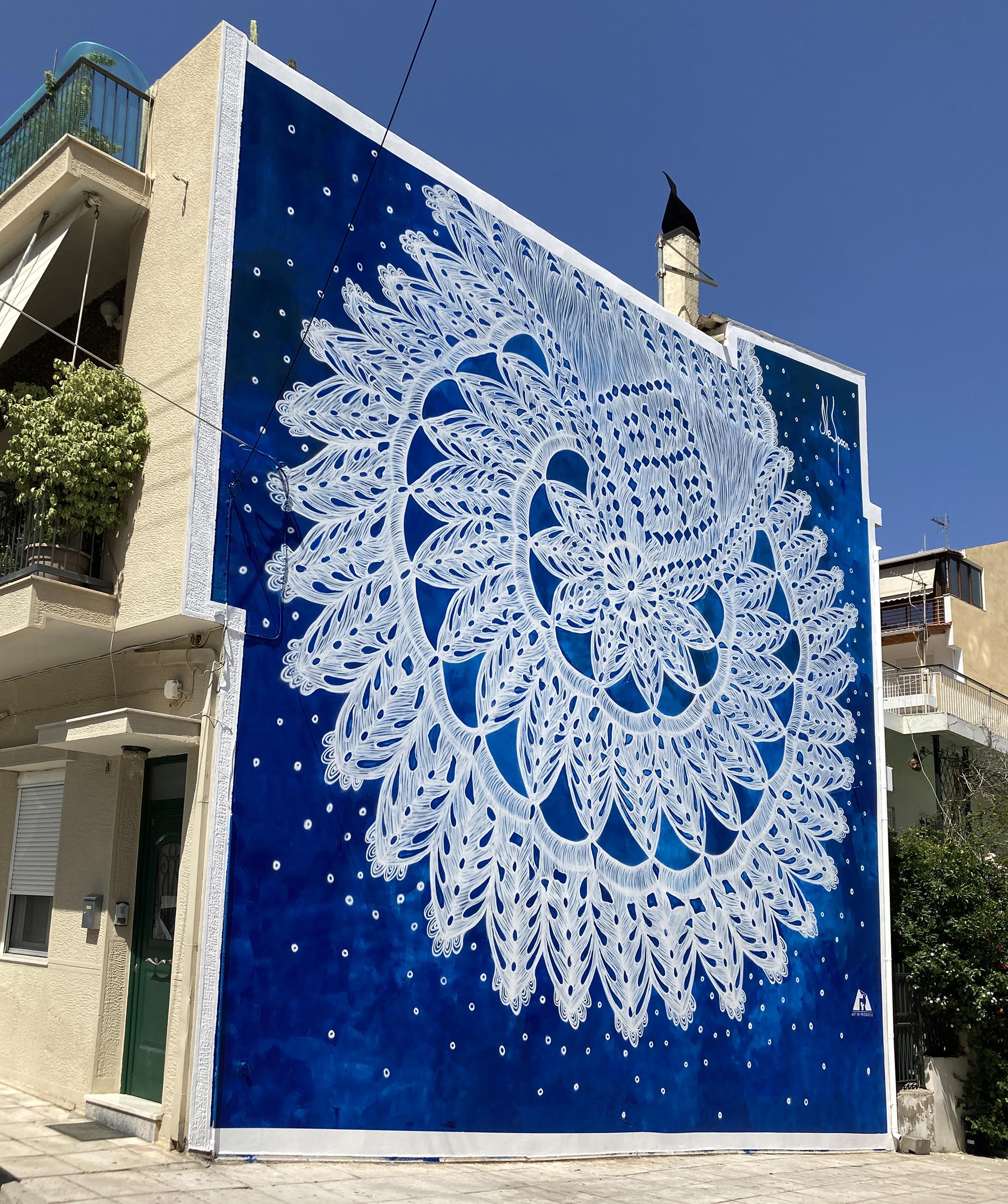 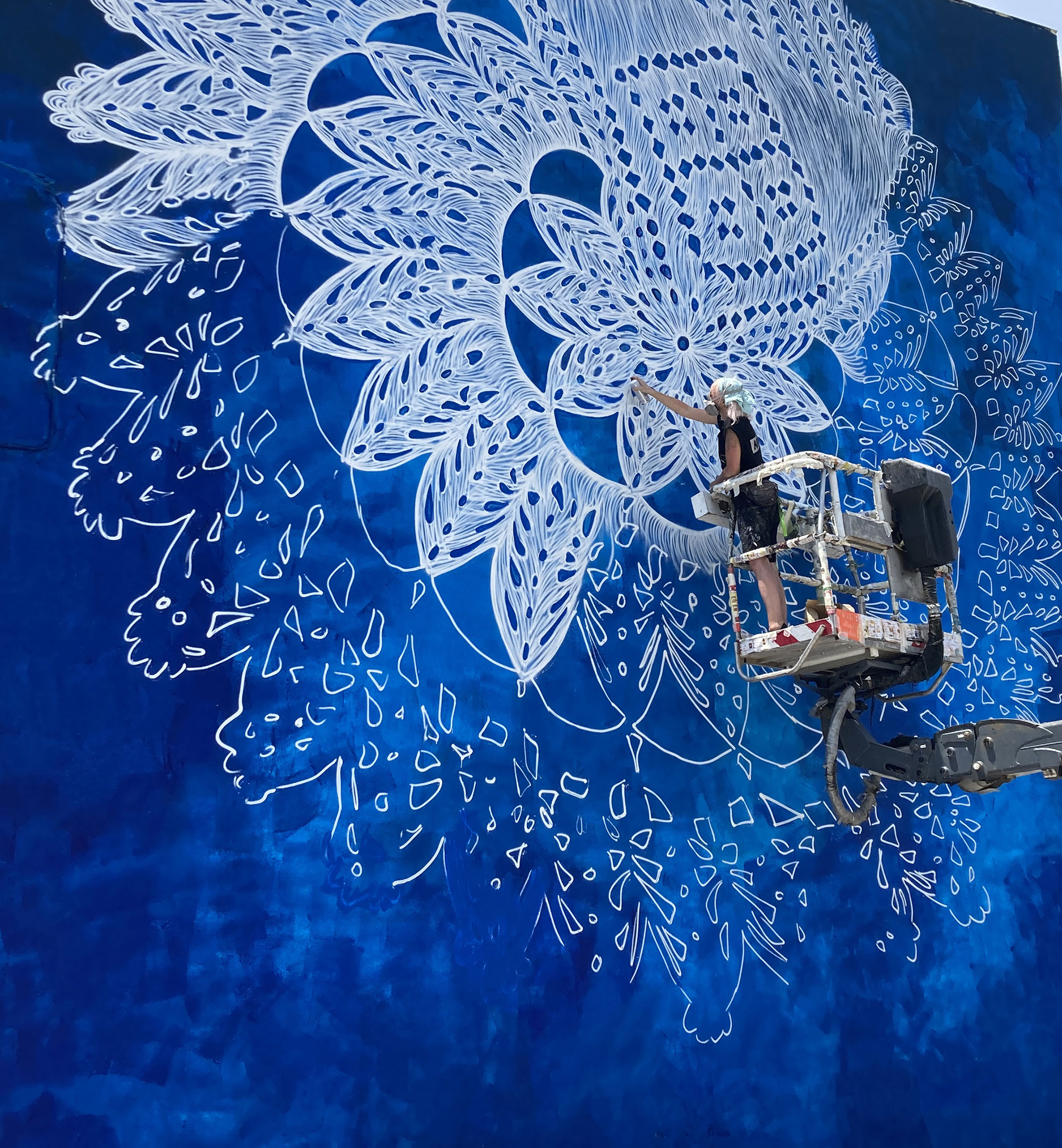 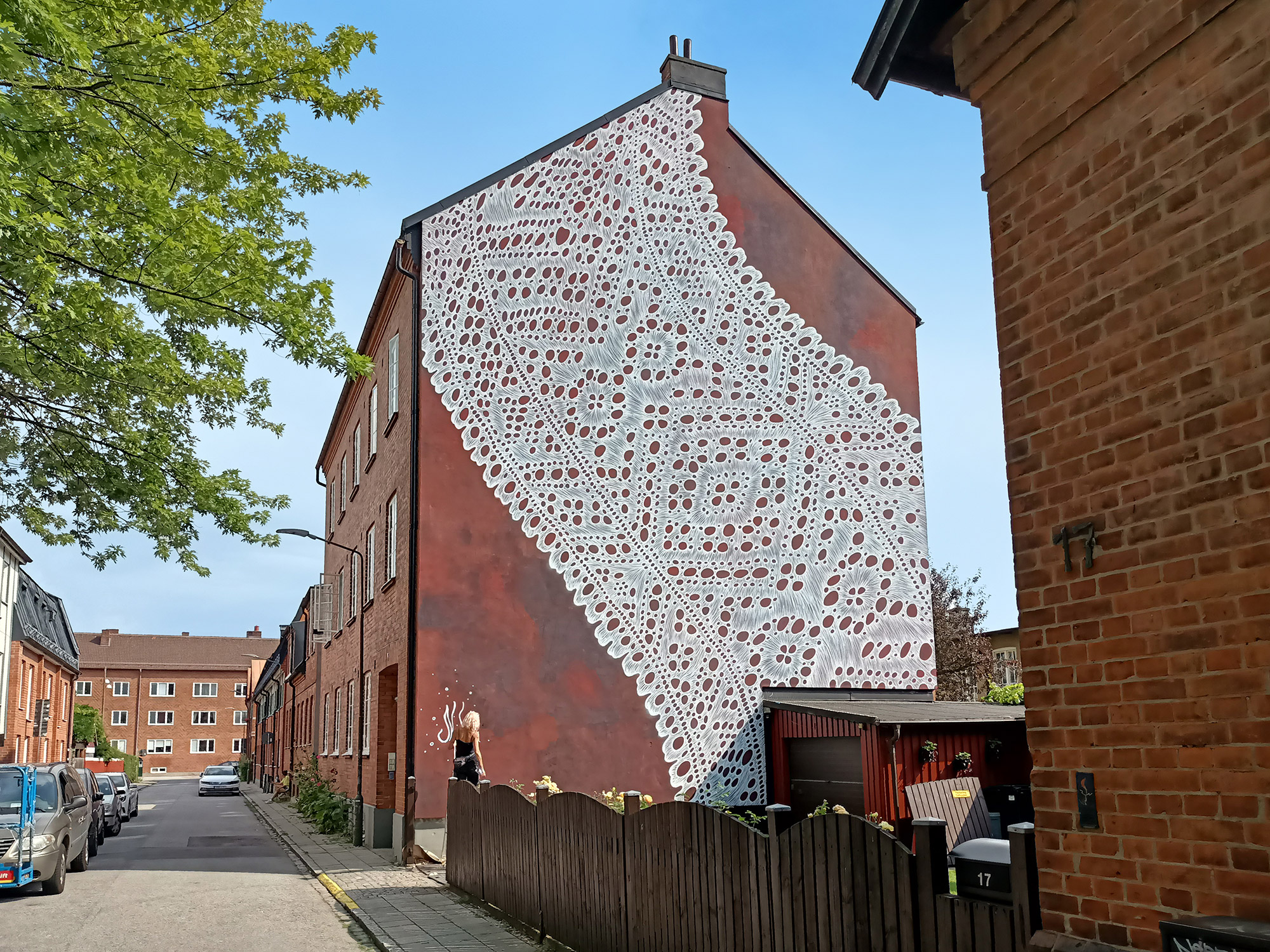 Nespoon working on the mural in Mostar, Bosnia and Herzegovina

This article comes from the Internet:Ornate Murals by Nespoon Cloak Blank Facades in Traditional Lace Patterns