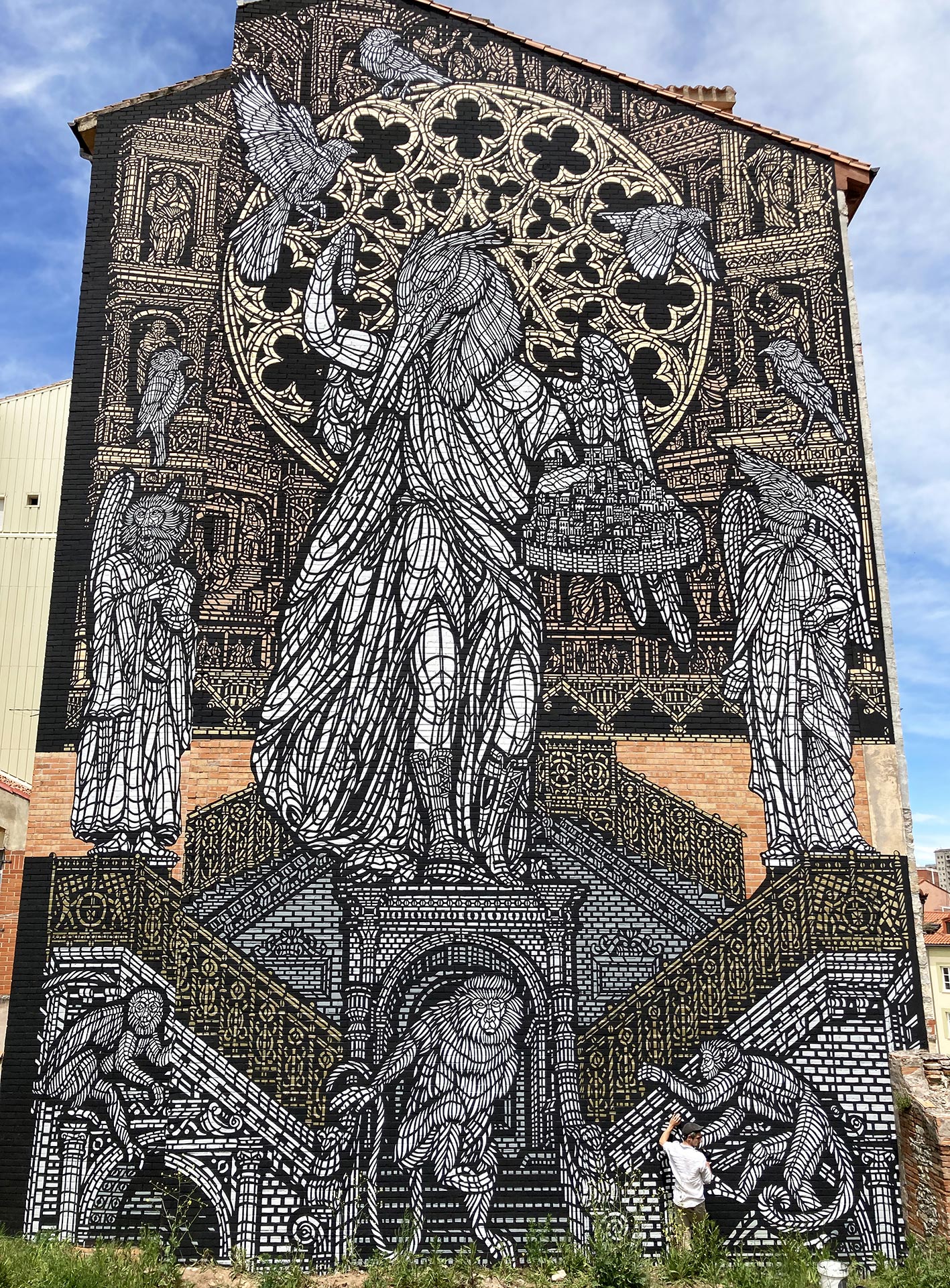 All images © MonkeyBird, shared with permission

A guardian angel in the form of a grey heron watches over an allegorical mural at Burgos Cathedral in Spain. Painted by Louis Boidron and Edouard Egea, who work as MonkeyBird (previously), “Mymesis, beings and places” is an homage to the artworks and design of the church, which UNESCO designated a World Heritage site back in 1984 in part because it captures the evolution of gothic architecture: construction on the building began in 1221 and wasn’t complete until 1567, meaning it showcases the entire history of the style.

Translating many of the religious symbols and motifs found inside, the duo combines the cathedral’s profound history with its signature stenciled aesthetic and recurring monkey and bird creatures. The resulting mural is a dense display of ornate structural elements, airborne birds called papamoscas cerrojillo that typically nest in the building, and a gilded clock from the 18th Century. “Our intention was to offer an effect of complex depth and monumentalism, combining some of the most spectacular references of the temple, such as the main altarpiece, with its many details, the Golden Staircase, or the circular oculus in the center of Santa María façade,” MonkeyBird says.

Head to Instagram to see more of “Mymesis, begins and places” and to follow the duo’s projects and occasional print releases. 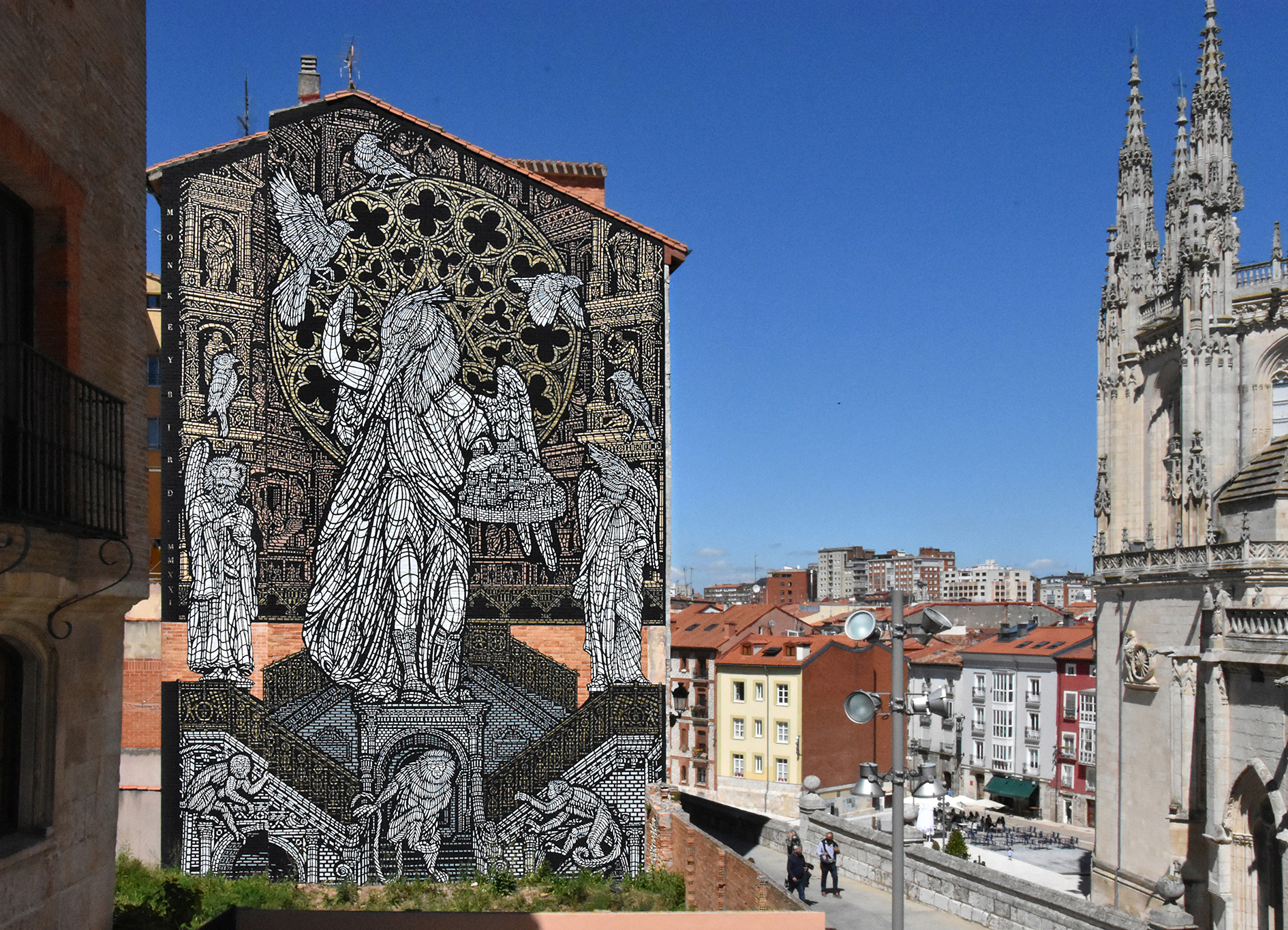 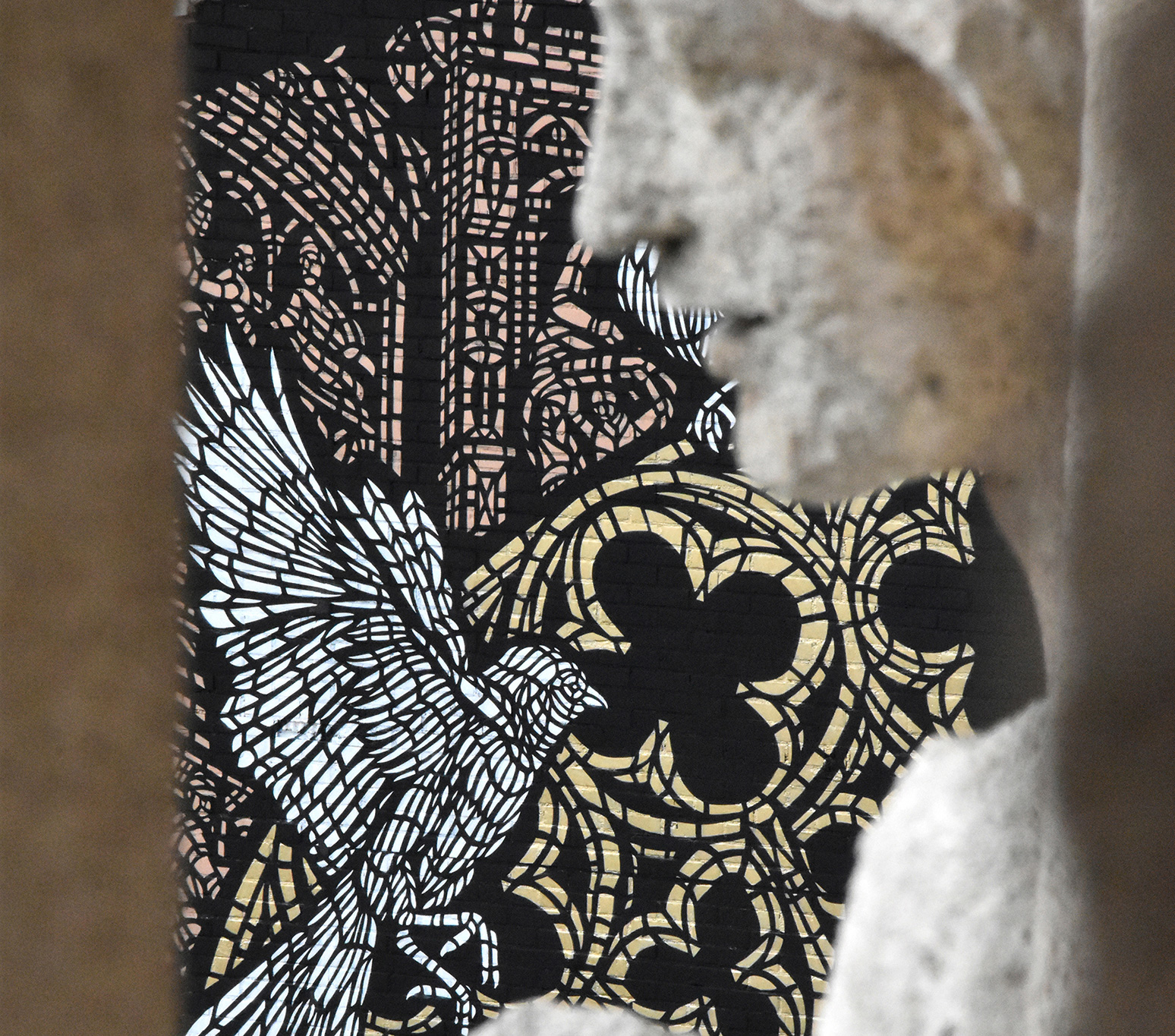 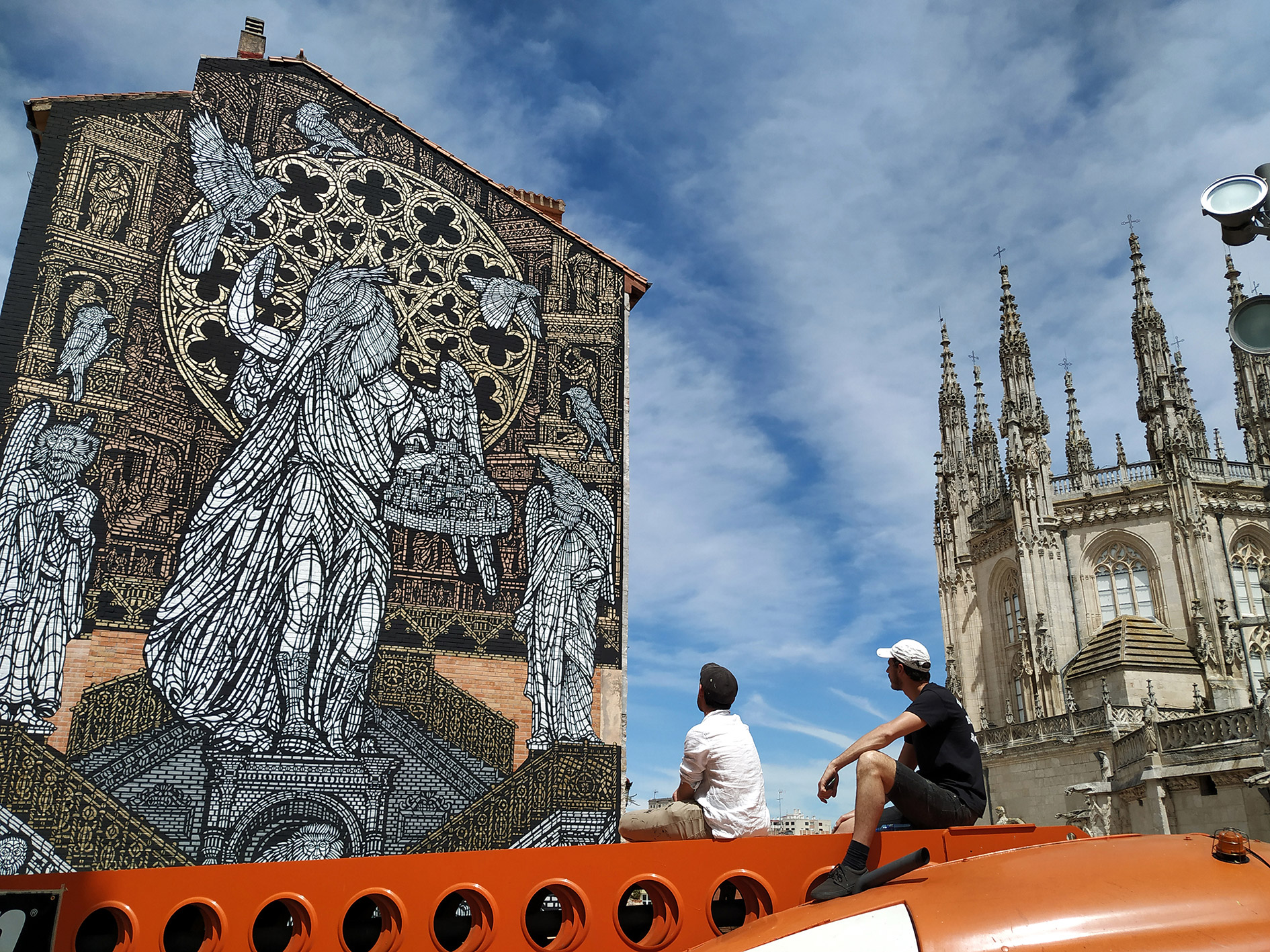 A Lone Man Spends 53 Years Building a Cathedral by Hand

Timeless Murals by MonkeyBird Are Inspired by Mythology and Alchemy

This article comes from the Internet:A Mythical Stencil Mural by MonkeyBird Is a Monumental Homage to Burgos Cathedral