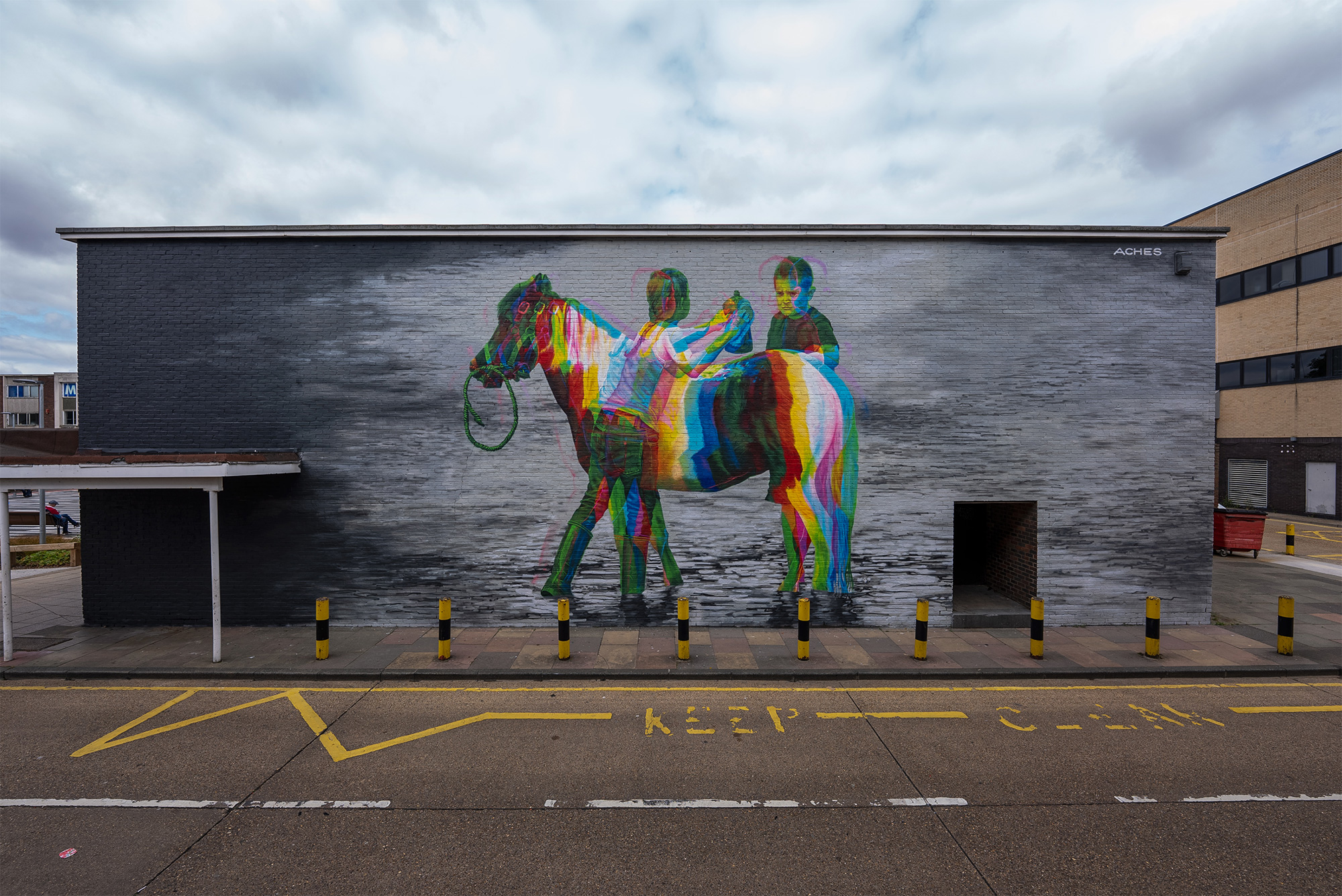 Aches. All images by Doug Gillen and courtesy of Re:FRAMED, shared with permission

A spate of public art is flooding the streets of Basildon in Essex, England as part of a new initiative that falls at the intersection of social and environmental justice. Throughout the summer, curators Doug Gillen and Charlotte Pyatt, who are operating together as Re:FRAMED, tasked eight artists with creating large-scale murals and smaller painted works as part of Our Towns: Climate. The resulting pieces reconsider some of today’s most pressing issues through the lens of local art and include a glitched technicolor horse by Aches, INSA’s floral windows, and Michele Curtis’s bright message of support.

Established by the government to house relocated Londoners following World War II, Basildon is marked by its Brutalist architecture and a lengthy history of braving devastation. “This sentiment forms the heart of the Our Towns programme, engaging culture to consider new solutions to old problems in addressing our relationship with public space and each other,” a statement says.

Our Towns will kick off in-person programming on September 11 with workshops, tours, and live artmaking, and you can follow its progress on Re:FRAMED’s Instagram. 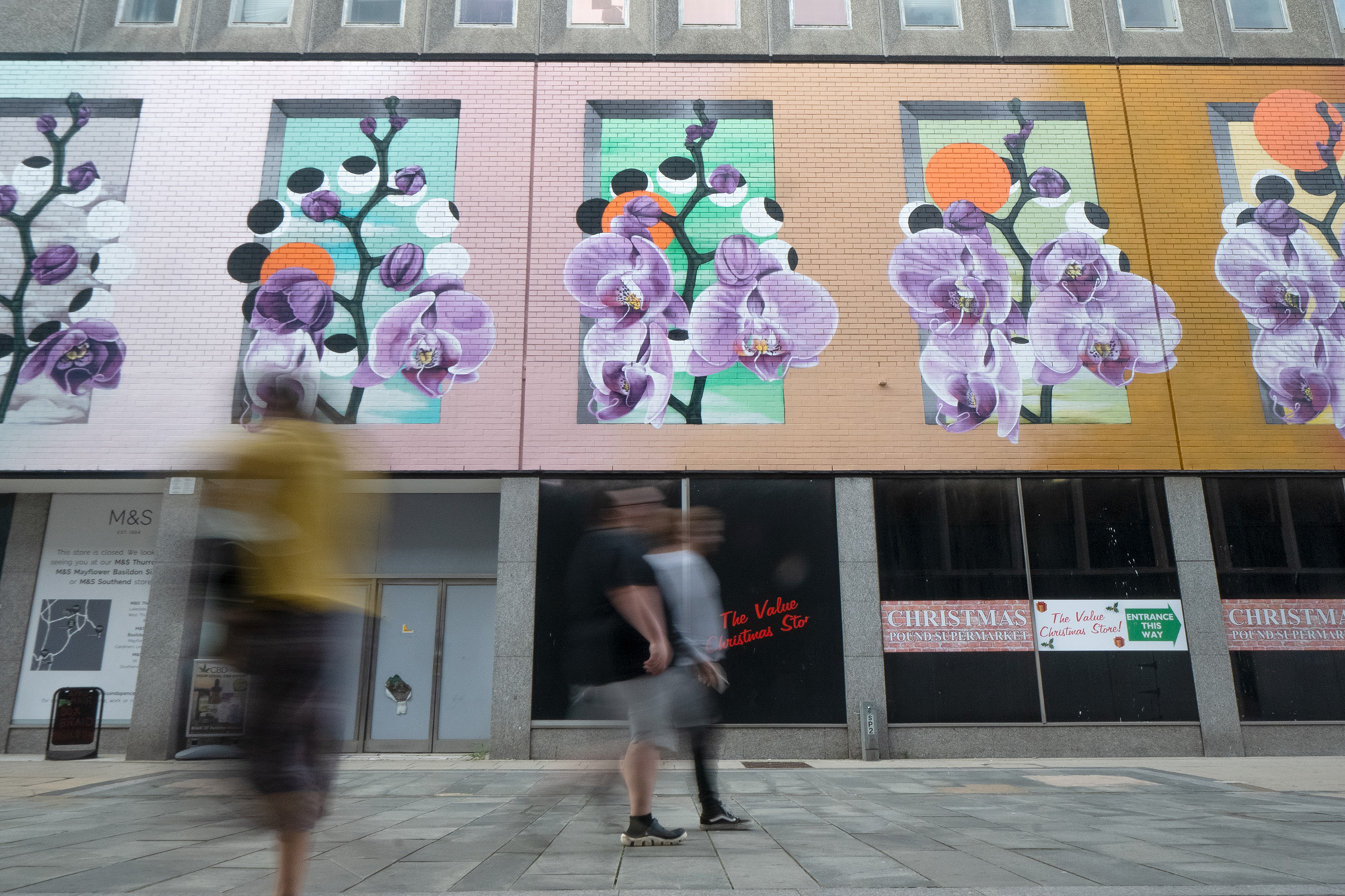 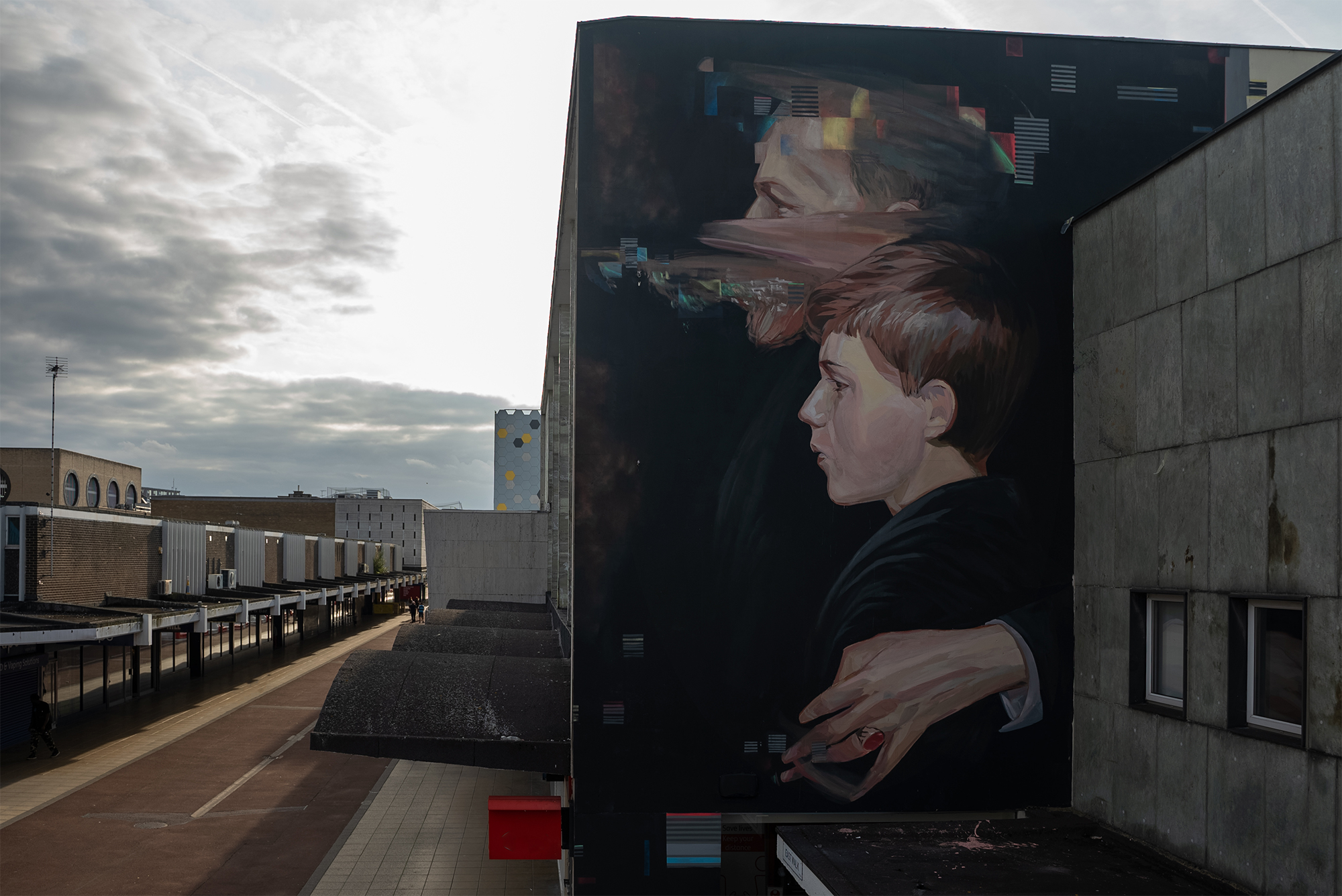 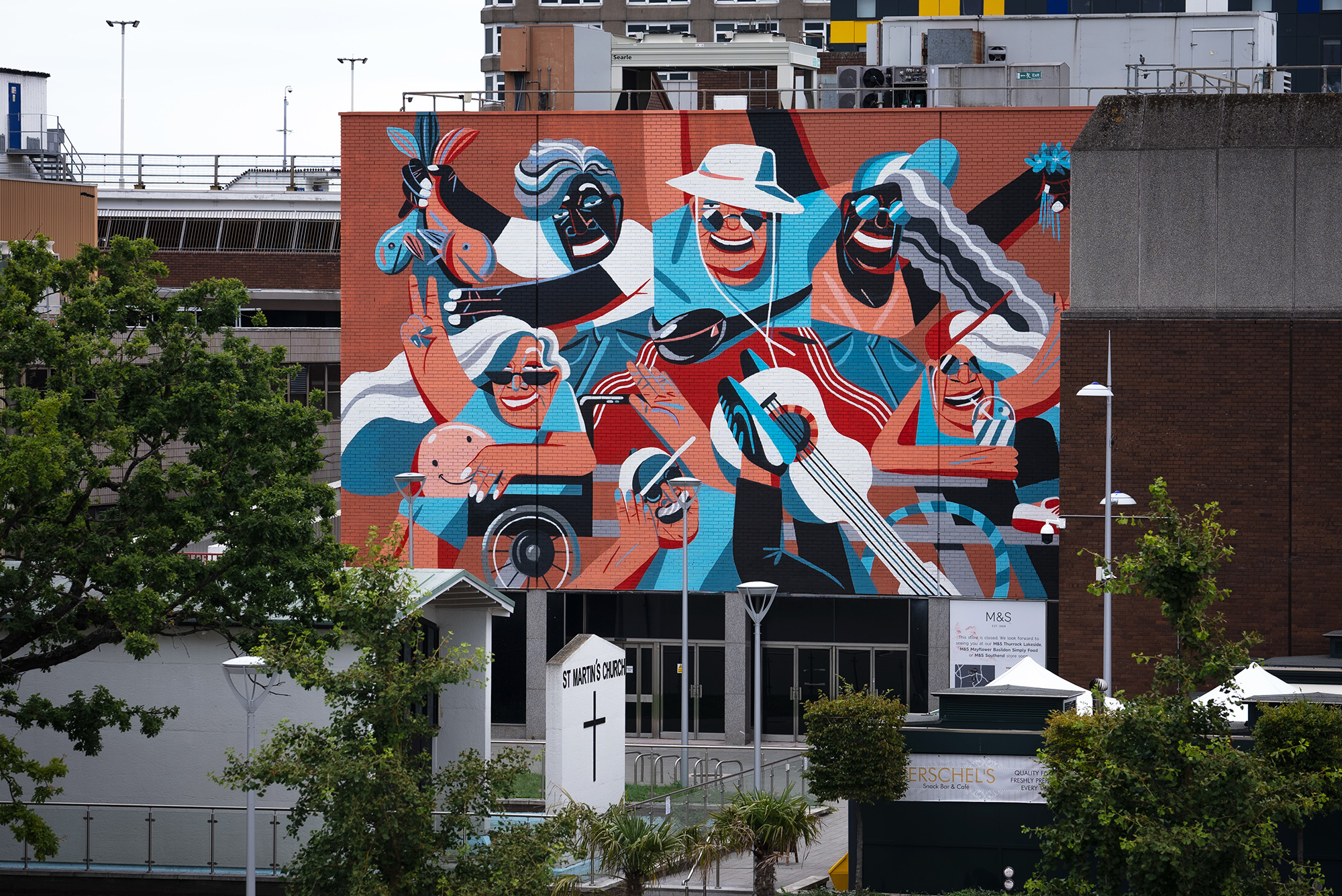 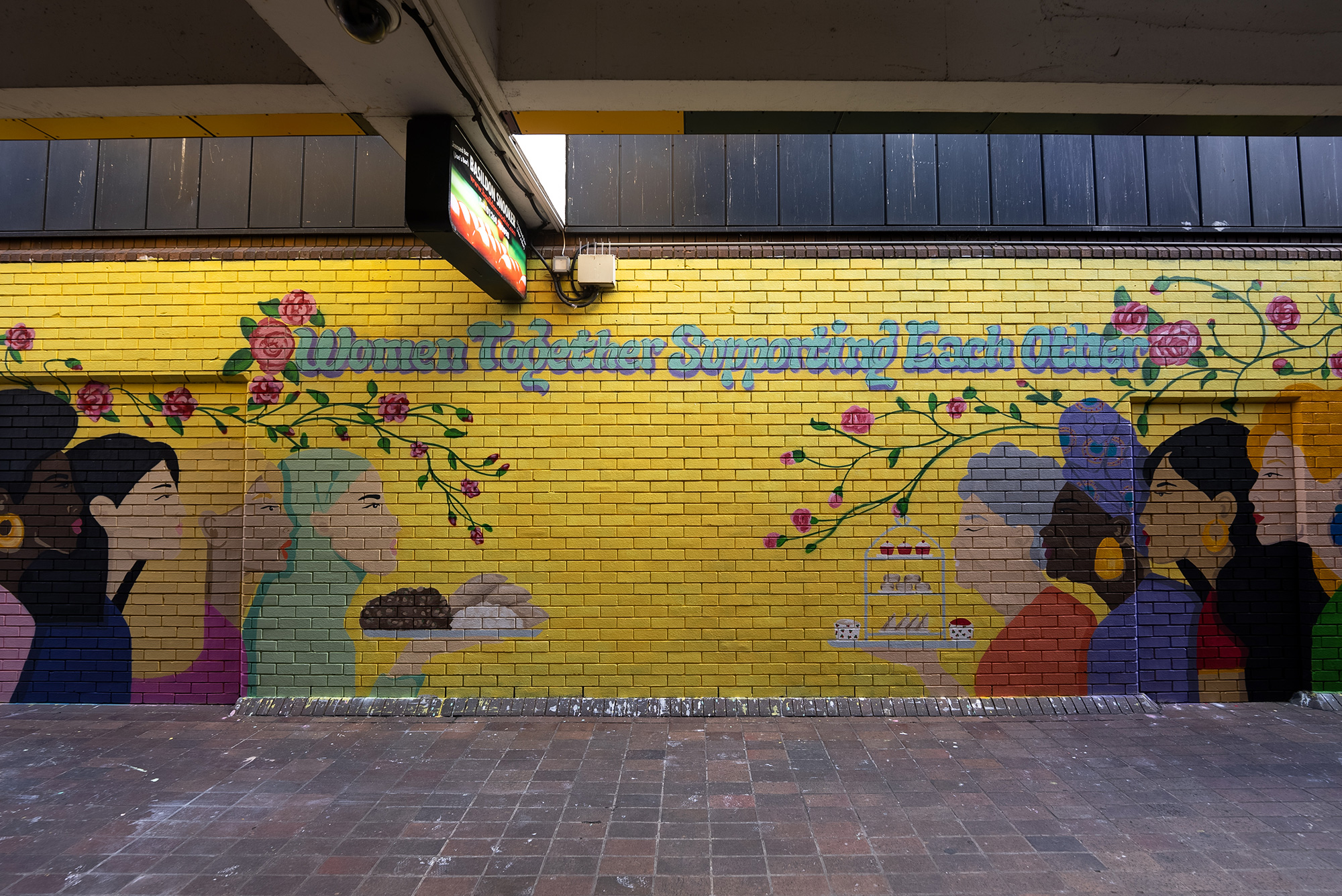 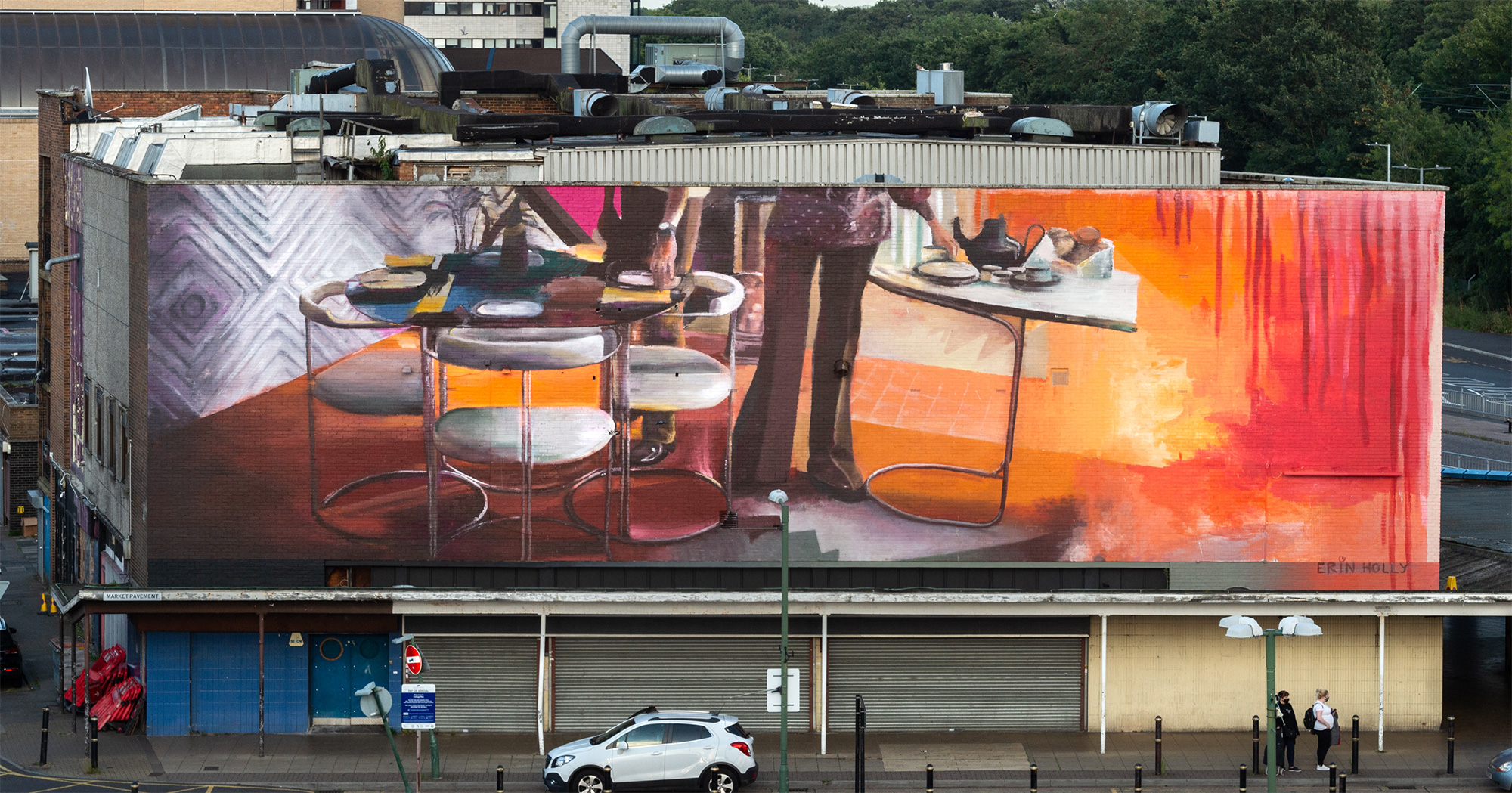 Soaring Murals of Plants on Urban Walls by Mona Caron

Splash and Burn: An Artist-Led Initiative Raising Awareness About the Negative Effects of Palm Oil Production in South Asia