Putt Around the Playable Artworks of ‘Par Excellence Redux: The Back 9,’ Now Open at Elmhurst Art Museum

Putt Around the Playable Artworks of ‘Par Excellence Redux: The Back 9,’ Now Open at Elmhurst Art Museum 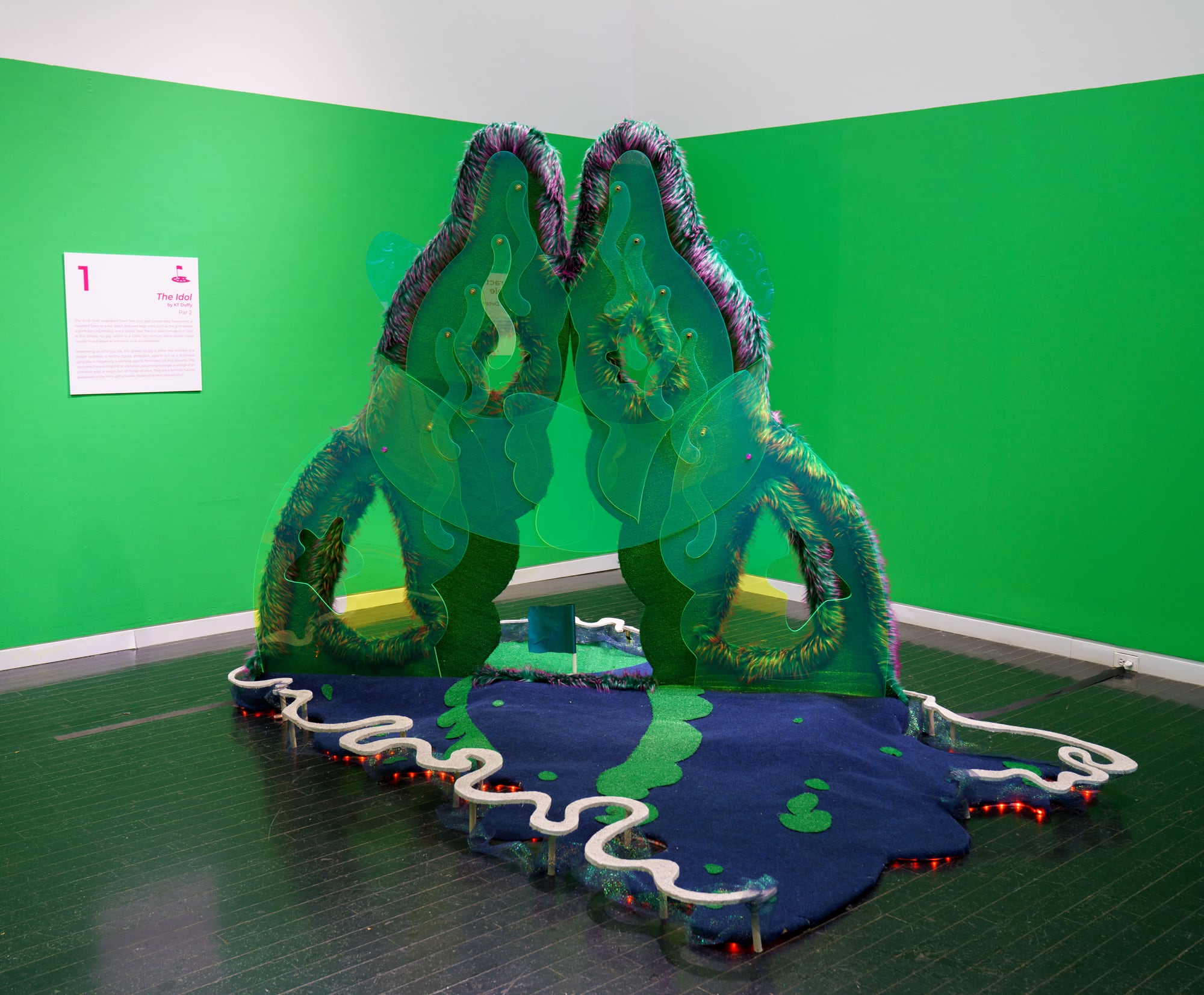 All images courtesy of Elmhurst Art Museum, shared with permission

The Back 9 of Par Excellence Redux, an artist-designed miniature golf course, is now open at the Elmhurst Art Museum. Curated by Colossal’s founder and editor-in-chief Christopher Jobson as part of an open call, the exhibition of playable artworks pays homage to the incredibly popular Par Excellence, which opened in 1988 at the School of the Art Institute of Chicago.

The Back 9, which runs through January 2, 2022, includes artists Wesley Baker, KT Duffy, Eve Fineman, Joshua Kirsch, Annalee Koehn, Vincent Lotesto, Joshua Lowe, Jim Merz, David Quednau, Donna Piacenza, and Liam Wilson & Anna Gershon. This round features a wide array of designs like a mirrored room in which the green spreads out into infinity, a community garden in waiting, and Koehn’s fortune-telling piece first shown 33 years ago in the initial exhibition.

Chicago sculptor Michael O’Brien conceived of the original Par Excellence, which opened to lines down the block and subsequently sold out daily. It was recognized nationally in The New York Times, Wall Street Journal, and Chicago Tribune, among others, and went on tour throughout Illinois before returning to Chicago as a rebranded commercial project called ArtGolf, which was located at 1800 N. Clybourn in Lincoln Park on the site that’s now occupied by Goose Island Brewery.

Book a tee time to play the second half of the course, and remember that Colossal Members get 25% off. 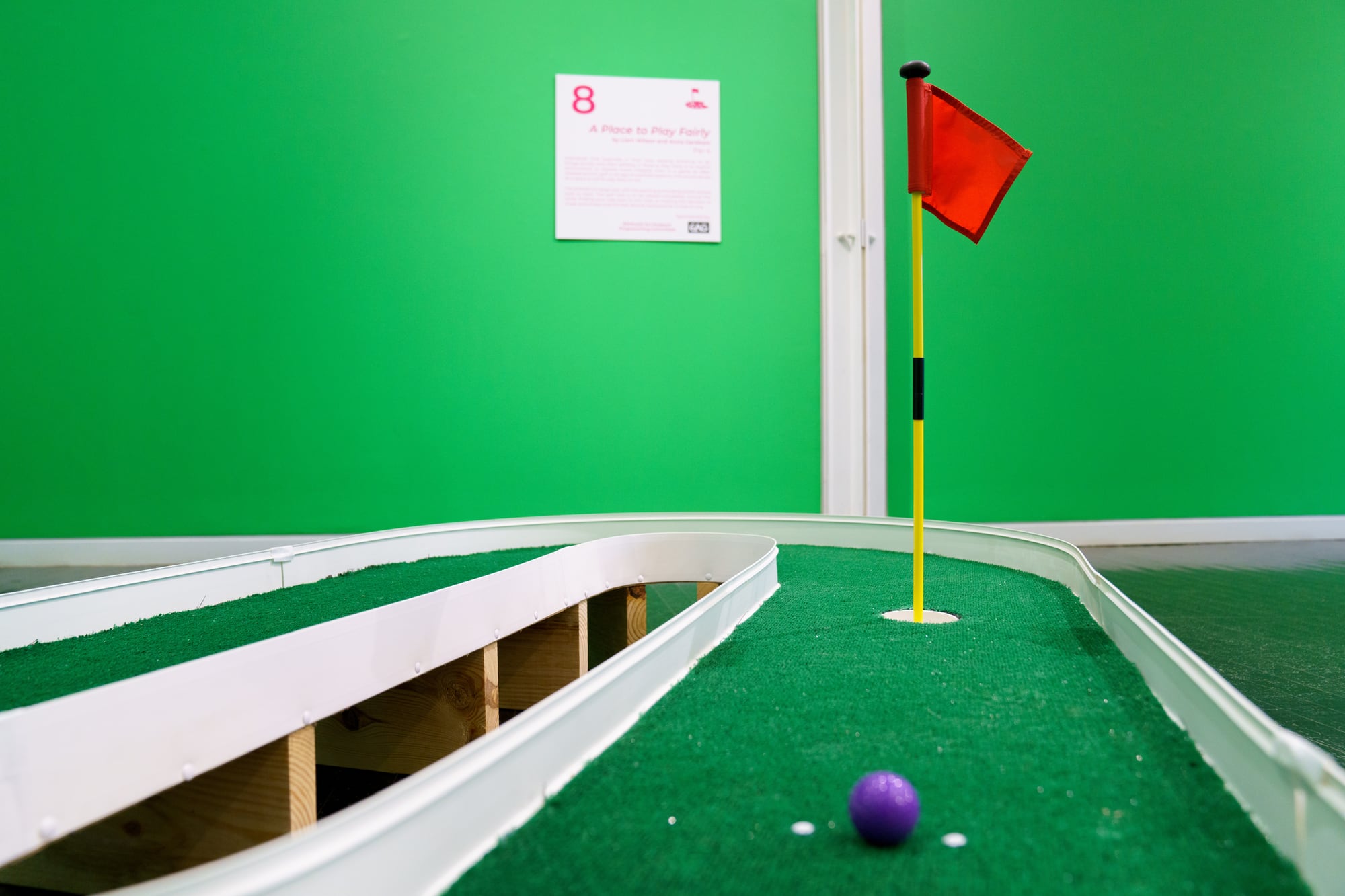 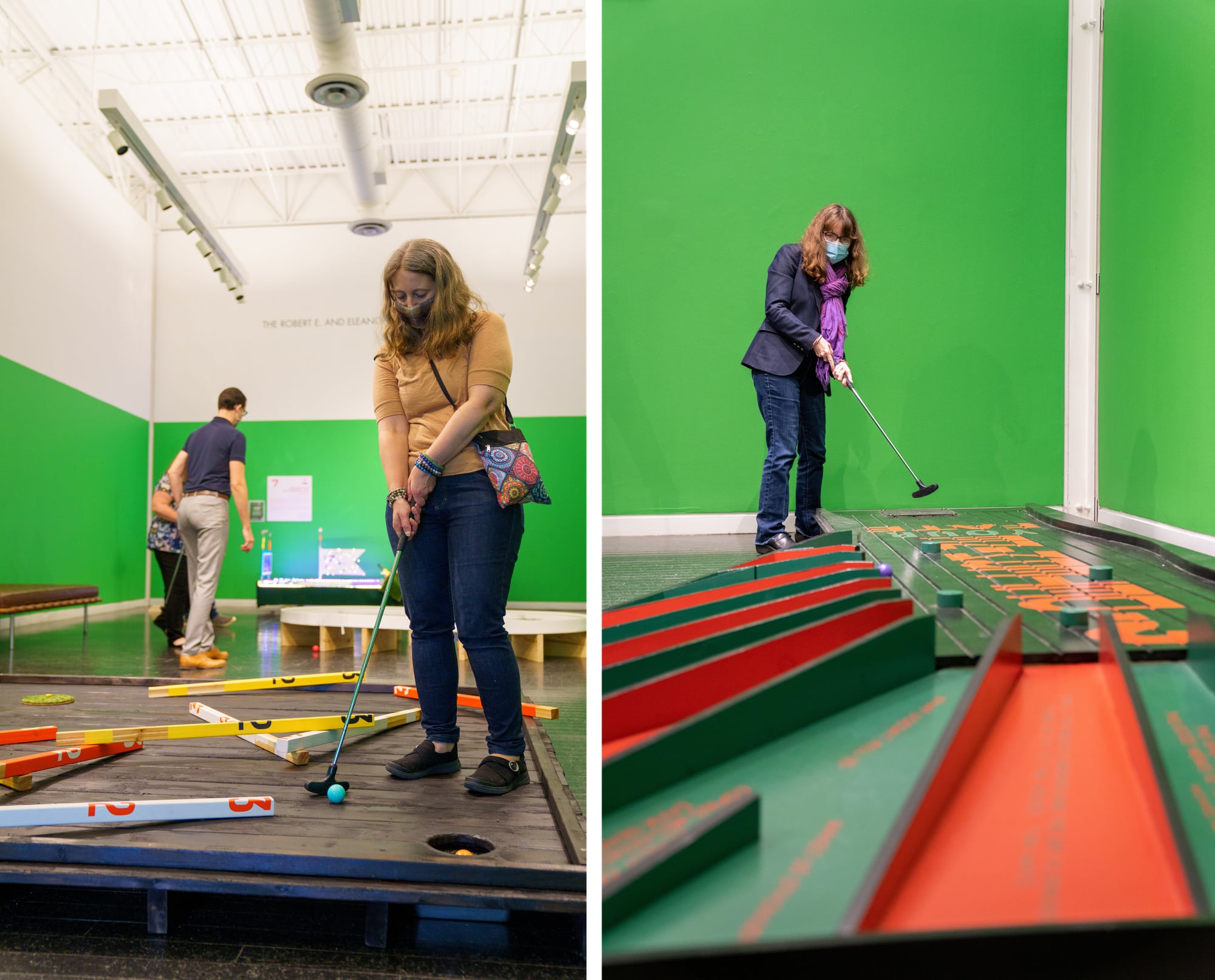 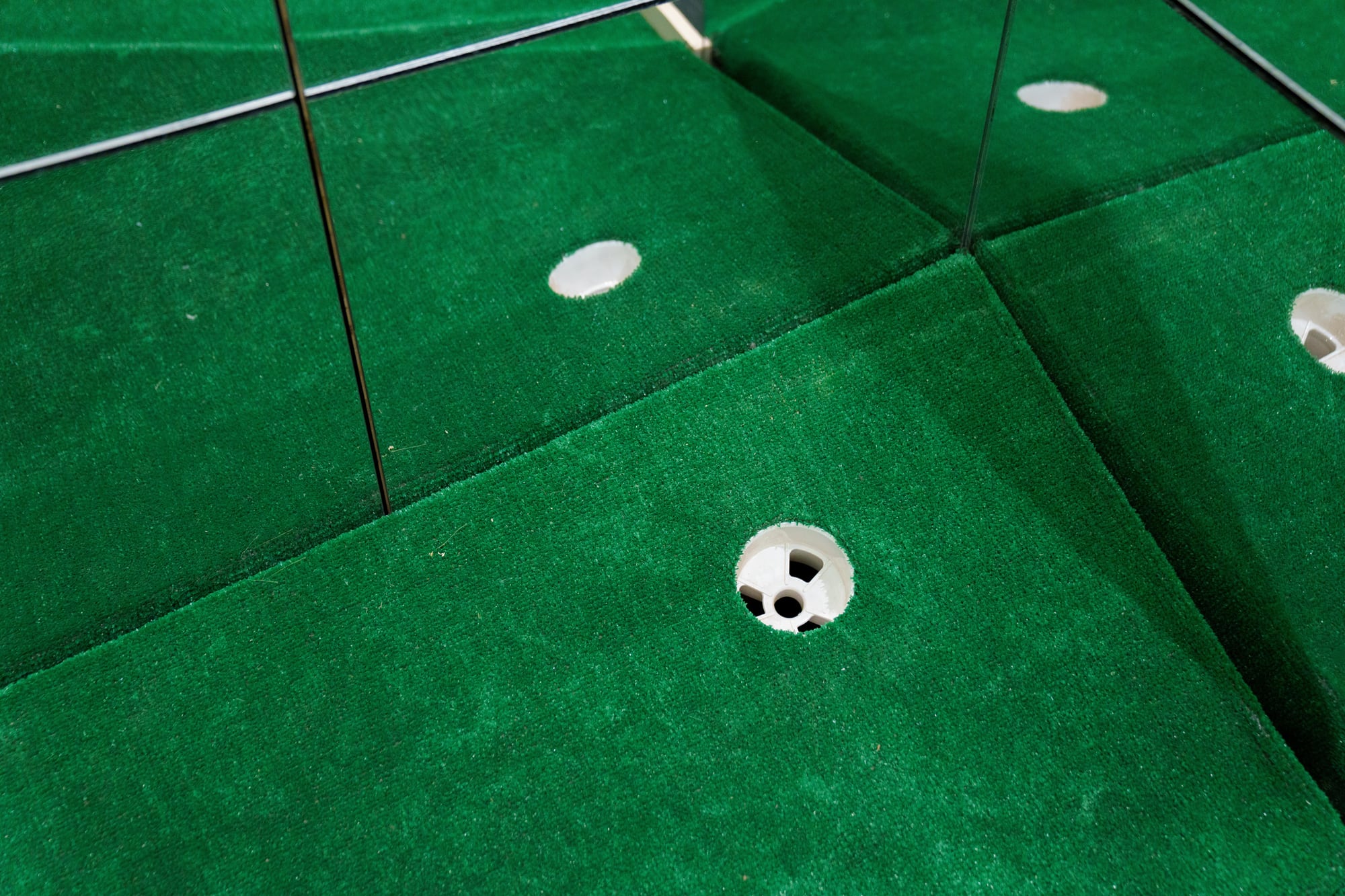 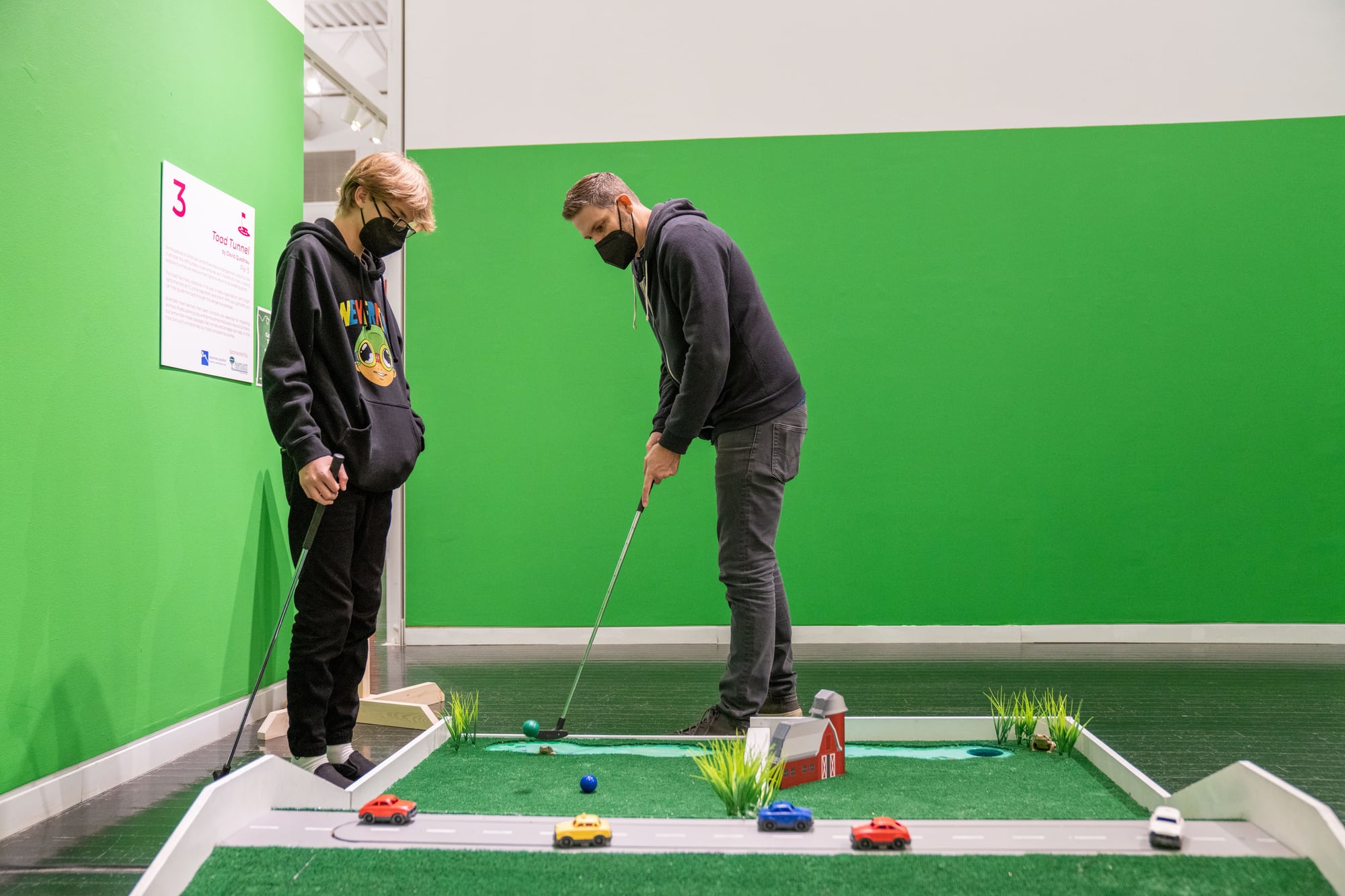 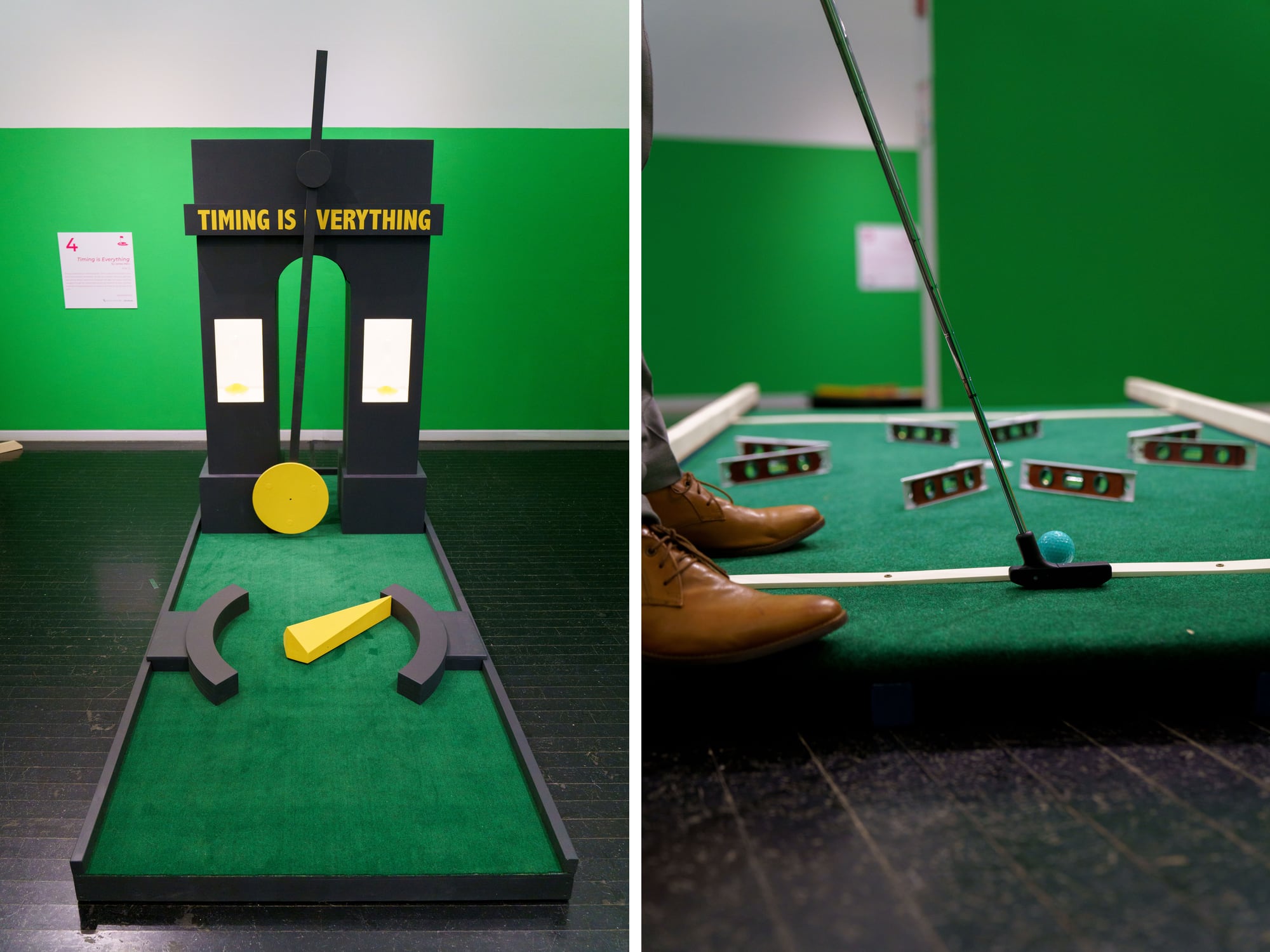 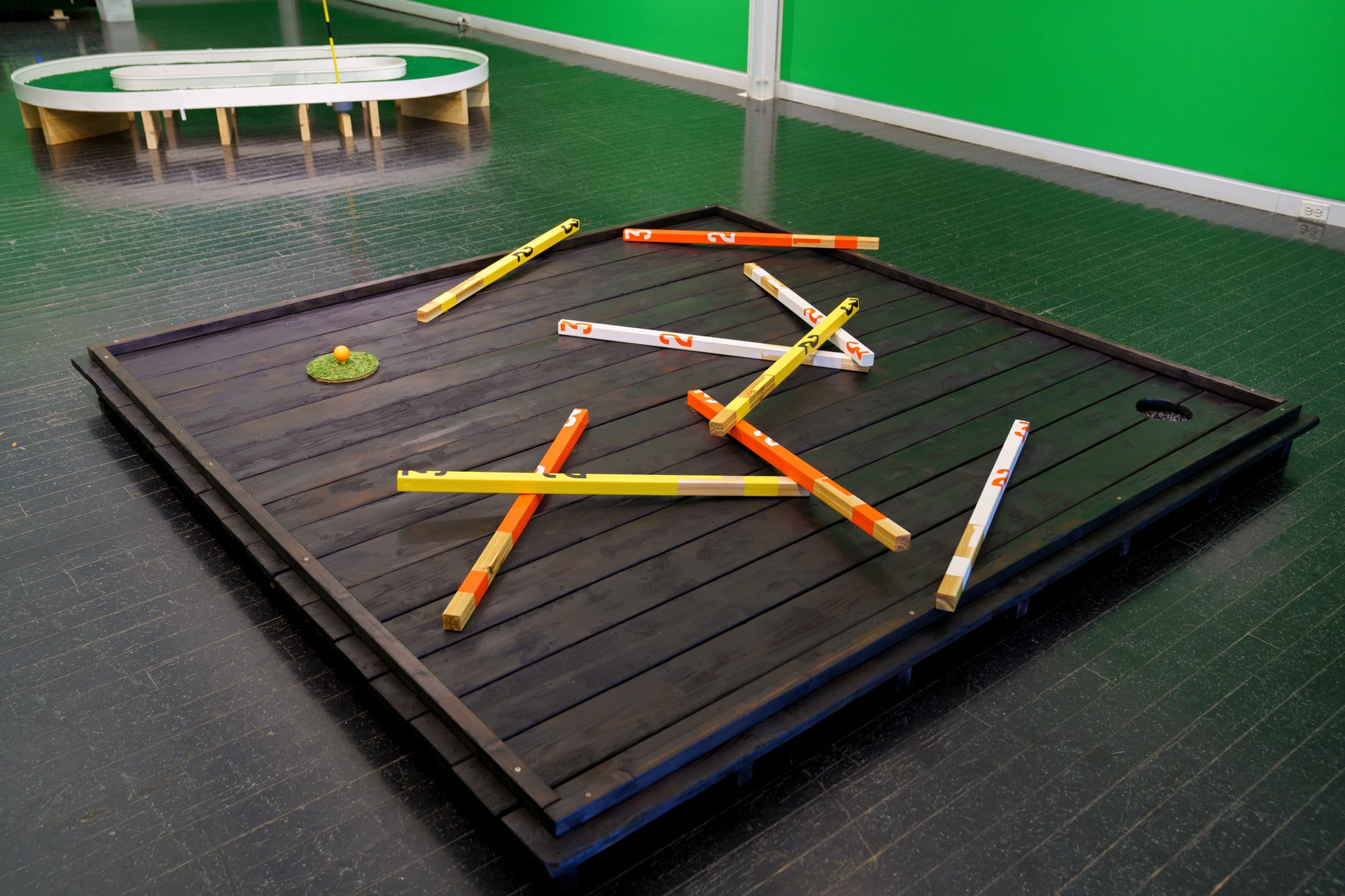 This article comes from the Internet:Putt Around the Playable Artworks of ‘Par Excellence Redux: The Back 9,’ Now Open at Elmhurst Art Museum