The New York Hispanic Society announced Thursday that they have acquired ten new works, including an allegorical portrait of the painter Francisco Goya by Eugenio Lucas Velazquez.

These new works join the New York Hispanic Society’s already impressive collection of 750,000 artworks, rare books, and decorative arts from Spain, Portugal, and Latin America. Founded in 1904 by Archer M.Huntington, the NYHS has a particularly impressive collection of Spanish Old Masters, including works by El Greco, Velázquez, Goya, Campeche, among others. Included in the collection is a rare sample of polychrome statues by Pedro de Mena, his daughters, and Indigenous artists. 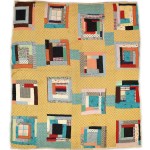 From Gentileschi to Tourmaline, Getty to Showcase Recent Acquisitions in New Exhibition

“For example, we have a core collection of Portuguese materials, definitely the most important collection of its kind in this country, but we could do better,” said Kientz. The donation of Annunciation (ca. 1570-1590) by Portuguese artist Fernaõ Gomes is the first step in further expanding this collection.

The Society’s definition of “Hispanic” differs from the official definition that one might find on a census, according to Kientz.

“The meaning of the word has changed over time, the current day definition is not the definition that our founder had in mind,” said Kientz. “Our scope is Spanish and Portuguese speaking, cultures, countries and communities.”

An allegorical portrait of Francisco Goya by Eugenio Lucas Velazquez will help round out the Society’s collection of Goya’s works and related materials, which will be used to launch a Goya Research Center and a related fellowship.

“Every acquisition that we make, either through donations or purchases, always ticks a box, or several boxes, needed to fulfill whatever our priorities are at the moment,” said Kientz.

The Goya Research Center is expected to open in the Fall of 2022.

Another important donation came from Michael and Salma Wornick who gave the Society twenty drawings by Mexican muralist Jose Clemente Orozco. “We were in competition with other institutions but we had many conversations and I was able to convince them that these works would play an important role in the revamping of the museum, which is currently being renovated to include more galleries,” said Kientz.

The drawings will be the subject of an exhibition on Orozco in 2023.

“People are incredibly generous with us,” said Kientz. “These works often come from families so we don’t just consider ourselves stewards of the works but receptacles of memories, and we are proud to be so.”