A Poland Museum Ousted Its Director for One Who Promises to Move Away From ‘Pro-Environmental, Gender, or QueerArt’

Amid a larger crisis facing Poland’s museums, Jarosław Suchan, interim director of Muzeum Sztuki in Łódź, has been ousted from his position, according to Gazeta Prawna.

In Poland, like many other countries in the EU, appointments in public institutions are often selected by government entities, leaving museums vulnerable during changes in administrations and culture wars. Similar shifts have taken place at other, bigger Polish institutions in the past few years, causing widespread controversy.

Biernacki is an artist who manages a private gallery outside of Łódź. He lacks experience running a major institution and doesn’t have connections to global cultural institutions, as Suchan does. 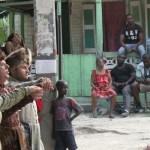 Let My People Go–Back to Poland

In a statement to the Polish news site Wyborcza, Biernacki promised a new direction for the museum that seemed more in line with the politics of the right-wing government currently in power.

“I am not going to get rid of the conceptual art that was acquired for the collection and is exhibited,” Biernacki told Wyborcza. “But I intend to diversify the [work on] offer, introduce other narratives. No one said that you should only deal with pro-environmental, gender, or queer art that is promoted by the Western cultural institutions.”

Given the current trend in Poland, Suchan’s ouster has been treated with a mix of shock and resignation.

In a tweet addressed to Piotr Gliński, the country’s Prime Minister, Polish politician Iwona Śledzińska-Katarasińska wrote, “You will not explain this for the rest of your life. You are destroying an institution of world renown.”

Similar sentiments have been voiced amid the replacements of leaders of at least two other Polish art institutions in the past three years.

Hanna Wróblewska, who was the interim director of Warsaw’s Zachęta National Gallery of Art, the most important contemporary art museum in Poland, was ousted in December. Her replacement, Janusz Janowski, is an artist with no experience running such a major institution. Like Biernacki, Janowski is favored by the government. He was personally chosen to take over Wróblewska’s role by Gliński.

In 2019, Małgorzata Ludwisiak was similarly ousted from her position as the director of Warsaw’s Center for Contemporary Art Ujazdowski Castle. Ludwisiak was replaced by Piotr Bernatowicz, and since his tenure has begun, the museum has been the site of protests for mismanagement of funds.

“In the field of arts and culture, a series of new appointments as directors of [Poland’s] most prominent museums has been progressing with alarming speed over the last three years, indicating an impending implosion of public art institutions,” wrote Magdalena Moskalewicz in Art in America late 2021.