The American Academy in Rome announced the winners of 2022–23 Rome Prize and Italian Fellowships today.

The prestigious Rome Prize is awarded to about 30 American scholars and artists every year, ranging from Medievalists to landscape architects. Each winner receives lodging, meals, a studio and a stipend. Previously selected artists include Sarah Oppenheimer, Nari Ward, Jennifer Packer, Mel Bochner, and others. 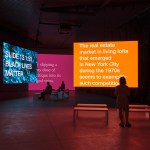 Cokes, who is also a professor at Brown University, is perhaps the most established artist of the lot. His text-driven video works have been exhibited at such institutions as the Shed and the Museum of Modern Art, and he is currently included in the 2022 Whitney Biennial.

Partegàs primarily works in sculpture, Pérez is a photographer whose star has been on the rise the last several years, and Gray is known for his works that combine photography and sculpture. Uricaru and Young are both filmmakers. Young was the cinematographer for Selma(2014), A Most Violent Year (2014), and Arrival (2016),for which he won an Oscar.

This year prizes were also given in literature, musical studies, design, architecture, historic preservation and conservation, and medieval studies, among other fields. According to a release, 46 percent of the winners identify as people of color, and 23 percent of winners born outside of the United States.

“This year’s Rome Prize winners and Italian Fellows represents the diversity of the United States, and their projects build on the Academy’s commitment to the global impact of the arts and humanities,”Mark Robbins, the Academy’s president and CEO, said in a statement. “These fellowships are transformative, and we look forward to seeing the ways this experience is translated in the work to come.”