POLICE BLOTTER.An art dealer in Oak Bay, British Columbia, has been arrested for allegedlytaking artworks on consignmentor for appraisal, selling some, and not notifying the owners,CBC Newsreports. The dealer may face fraud charges. (Authorities are not disclosing the person’s identity while charges are being considered.) Police have reportedly taken hold of more than 1,000 artworks in possession of the dealer, including at least three paintings byEmily Carr. Across the Atlantic, over in Hamburg, Germany,police are on the huntfor three glass works byAi Weiweithat were stolen fromLumas Galerieduring the day, theDaily Mailreports. Said to be worth almost €30,000 (about $31,700) in total, they each depict a hand giving the middle finger. 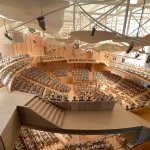 ARCHAEOLOGICAL ACTION.One more legal item: French officials say thata 2,000-year-old shipwreckin the Mediterranean off the coast ofCanneshas been looted since it was discovered in 2017,CBS Newsreports. “The losses of scientific and historical information are probably significant,” the nation’s culture ministry and police said in a statement. It is believed that the ship sank in the 2nd century B.C. while carrying wine. Some of its clay containers are missing; an investigation is underway. On a related note, experts have determined that 19 cannons discovered in Georgia’sSavannah Rivercame fromships that the British scuttledduring the Revolutionary War.

ARCHIVE FEVER.Fun fact: TheLibrary of Congressin the United States owns some15 million photographic images. To illustrate the breadth of those holdings, it is presenting 400 of them in a new show, theWashington Postreports. It has an intriguing title: “Not an Ostrich: And Other Images From America’s Library.” Meanwhile, artist and art historianDavid Clarkeismaking42,000 picturesof Hong Kong that he shot over 25 years available for free online, theSouth China Morning Postreports.

Museums in Venice are sending supplies to theLviv National Art Galleryin Ukraine. It is part of an effort by a network of businesses and nonprofits calledSave Ukraine Art 22that was established to provide institutions in the war-torn country with materials to safeguard art.[The Art Newspaper]

The recently openedWairau Māori Art Gallery, the first Indigenous public art museum in New Zealand, has named its inaugural director:Larissa McMillan. She was formerly marketing manager of theHātea Art Precinctin the city of Whangārei, which includes the WMAG.[Ocula]

The fabledMet Galaarrives in New York on Monday, and theAPhas a handy guide to the festivities, which “started in 1948 as a society midnight supper.” Its theme this year is “gilded glamour, white-tie.”[The Associated Press/Bloomberg]

Rockwell’s 1984 hit “Somebody’s Watching Me” serves as the soundtrack—and, perhaps, the inspiration!—for one of the more inventive art museum Instagram posts in recent memory. Let’s not spoil it here.[Museum of Fine Arts, Houston/Instagram]

BUCKLE UP.InTown & Country,Mary Childshas a blow-by-blow account of avigorouslegal war that began after the storied investorBill Grossbought a sizableDale Chihuly sculpture for his wife and installed it at their home in Laguna Beach, California. This is too baroque a tale to summarize here, but even those not interested in the saga may enjoy reading about other high-profile art disputes involving the wealthy and powerful that the article includes. At one point, the lawyer and law professor Leila Amineddolehsays, “It’s surprising that some collectors have sophisticated and refined taste in art, but then use their art in vindictive or childish ways.”[T&C]