Yuga Labs, the parent company of the Bored Ape Yacht Club NFT project, launched a new metaverse project Saturday called Otherside. For the project, the company sold 55,000 plots of digital land for the total equivalent of $320 million, making it possibly the largest mint of an NFT project to date.

Otherside is a metaverse gaming platform in which users’ NFTs could be playable characters. Otherside deeds could only be bought with ApeCoin, a token YugaLabs recently released that runs on the Ethereum system. The deed were sold at a flat price of 305 ApeCoin, equivalent to $5,800 on Saturday.

But demand was so high that gas fees — or processing fees related to NFT minting — spiked for all users on Ethereum, and many users paid for gas even though they didn’t end up being able to claim Otherside deeds. Bloomberg calculated that $123 million was spent on the combined gas fees alone. 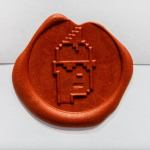 CryptoPunks Pulled from February Sotheby's Auction Were Used as Collateral for $8.3 M. Loan

In fact, demand was so high that the Ethereum system shorted out, causing many Ethereum-based services to go offline. Yuga Labs has since apologized for its part in the outage.

“This has been the largest NFT mint in history by several multiples, and yet the gas used during the mint shows that demand far exceeded anyone’s wildest expectations,” the official Yuga Labs twitter posted. “The scale of this mint was so large that Etherscan crashed.”

Yuga Labs is in the process of refunding gas fees to those who weren’t able to mint deeds. Yet many in the space, like 0xfoobar, a crypto developer who works with the crypto loan company Alchemix, have criticized how the sale was handled, claiming that the spike in gas prices and the damaging effect on the Ethereum system could have been avoided.

“The real cause of the gas war was oversubscription,” 0xfoobar told ARTnews. “They knew exactly how many KYC wallets [i.e. “Know Your Customer,” or verified users] there were and pretended like it would go on for several waves, when in fact there were more people whitelisted than land available to mint.” (0xfoobar’s opinion does not represent Alchemix).

Instead of creating an off-chain system whereby verified users could claim land before minting, 0xfoobar said, users were left to battle it out on the Ethereum system, causing the gas prices to spike.

Yuga Labs has claimed that the demand on the Ethereum system has spurred thought about migrating ApeCoin onto a private blockchain.

The recent Yuga Labs hack that happened last week was a result of this upcoming sale as users clicked a phishing link that they thought would allow them to mint Otherside deeds early.