This year, the Webby Awards, which recognize “excellence on the Internet,” gave special mention to NFT projects—an unusual designation, since art is not often given these prizes.

“I was really surprised and happy to see that the work we did was recognized,” said McCoy in an interview with ARTnews.

Dash and McCoy first invented the prototype for modern NFT (non-fungible token) technology back in 2014 at Seven on Seven, a conference that paired together artists and technologists to quickly invent a novel technology. McCoy’s intention was to see a world in which digital creators could be directly compensated for their work. 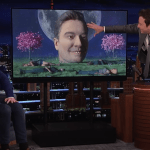 The Vatican Will Create a NFT Gallery to 'Democratize Art'

Could he have guessed that the idea he presented at that small conference so many years ago would have such a massive effect?

“At the time, I thought it was an important idea, a big idea,” said McCoy. “But I didn’t know it was actually going to happen, that it would get this big. I certainly didn’t know I was going to feel this way. The lived reality part of it is different than what I could have expected.”

Murakami, an internationally renowned painter and sculptor, now has two NFT projects under his belt. CloneX, made in collaboration with RTFKT, Nike’s metaverse arm, found massive success. CloneX, a series of 20,000 NFTs, features high quality 3D animated figures with big anime eyes and a wide range of accessories and traits.

Included in some of the NFTs are some nods to Murakami’s work; some are even modeled on the artist’s face. Now, Murakami will be launching his own NFT collection, Murakami.Flowers, based on the iconic smiling flower that pops up in his traditional artworks.

“What’s clear is that Murakami believes in the power of the internet to democratize art, and he’s now demonstrating that belief through NFT art and the metaverse,” reads a statement from the Webby Awards.

First started in 1996, the Webby Awards were created to celebrate exceptional innovators and creatives working on the internet. Recipients for awards in such categories as best websites, apps, games, and more are chosen by the International Academy of Digital Arts and Sciences, whose members include Grimes, Tumblr founder David Karp, Twitter founder Biz Stone, and others.

The Museum of Modern Art also won a Webby this year for Best Content Series for their initiative MoMA Photo Club, which challenged amateur photographers to respond to prompts concocted by guest hosts in the arts and beyond.