The Venice Biennale’s History of Surrealism Has a EurocentrismProblem

There has never been a Venice Biennale like the current one. Of its 213 artists, more than 90 percent identify as women or as gender nonconforming, a fact which has justly been celebrated. Its curator, Cecilia Alemani, has chosen to focus on Surrealism and the ways artists working today are breathing new life into it. Dotted throughout are sections devoted to Surrealism and related movements of years past, and the overwhelming amount of non-male artists included in them is one vital way of rewriting the movement’s history.

But there is one problem: even after this Biennale, with all its heretofore unacknowledged artists of years past, the picture of Surrealism and its various offshoots that emerges is still not yet full. 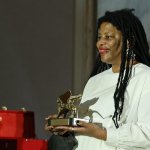 That’s because the vision of them presented by this Biennale is an overwhelmingly European and American one. It’s a rendition of history that is almost entirely devoid of African, Asian, Latin American, and Indigenous figures that need to be written into the canon just as much as the under-recognized white Europeans Alemani has chosen to spotlight.

This is something that has gotten obscured in the debates about the Biennale’s demographics, which have tended to focus on gender. Writing in the Financial Times, Jackie Wullschäger argued that, “by choosing almost exclusively women, Alemani has paid a severe price in terms of quality.” In the Art Newspaper, Ben Luke rebutted Wullschäger’s argument, saying that this year’s main show “confirms just how vital progressive and corrective projects like Alemani’s excellent Biennale are.”

What none of these reviews mention is where those women come from.

It is true that, on the whole, this Biennale elevates living female and nonbinary artists in a way few have before. Throughout the Arsenale and Giardini, expansive spaces are given over to large-scale works by living artists like Delcy Morelos, Tau Lewis, Mire Lee, Precious Okoyomon, Cecilia Vicuña, Katharina Fritsch, Simone Leigh (who received a Golden Lion for her work), and a host of others. But an entirely different dynamic is playing out in the historical sections of the Biennale, which Alemani has termed “time capsules.”

In prior editions, the Venice Biennale aspired to showcase the global art scene as it currently stands, and so the capsules are somewhat unusual—they are backward-looking rather than forward-looking. The capsules explore elements of Surrealism, but they hardly view the movement as having taken place solely between the late 1920s and the early 1940s, as the movement has been historically taught in Western art history courses. (Dada, Futurism, and other artistic styles of the early 20th century are also addressed, though it is Surrealism that has been afforded the greatest focus here.) Inclusions in the capsules date back as far as the 18th century; mystical realms, bodily transformation, and vessels are some of the recurring points of inquiry.

The Surrealism that we have come to know is defined by white men from Western Europe such as André Breton, René Magritte, Salvador Dalí, and Max Ernst, all of whom envisioned worlds unbound from the laws of science and reason. These men had a vested interest in undermining the rules of desire, but they often did so by turning women into their playthings, both within their work and their life.

Alemani undoes that damage by reversing the gender dynamic. She’s stated that women were explicitly her focus in the capsules because she “wanted to try to bring to the surface those stories that have been considered by many to be minor.”

Jane Graverol, a Surrealist working in Belgium at the same time as Magritte, is given pride of place with a painting of a machine-like winged woman in one capsule, and Bridget Tichenor, a Mexico-based painter of French extraction who once studied with Giorgio de Chirico, is represented by a painting shown nearby depicting beings that toe the line between arthropods and humans. Across the five capsules, Alemani has also included some artists who transgressed gender binaries, including Toyen, Ovartaci, and Claude Cahun.

The average Surrealism fan is unlikely to know many of those artists, and Alemani deserves to be applauded for bringing their work into conversation with pieces by more well-known artists like Ruth Asawa, Remedios Varo, and Leonora Carrington (whose art and writinglent this biennial its name). But the subversive edge of these historical sections ends there.

Take the section titled “The Witch’s Cradle,” which focuses on how women affiliated with the Surrealist movement disturbed traditional notions about gender identity. It is the biggest capsule, and the one with the most important works, including a Dorothea Tanning portrait that previously appeared in her 2019 Tate Modern retrospective and a Varo painting that broke records when it sold for $6.1 million at auction in 2020. (Alemani may have found Frida Kahlo to be too expected of a choice to include her work here, but given that Kahlo, too, created proto-feminist dreamscapes that were all her own, the omission is a glaring one.) Of the 34 participants in this section, just 6 were born or established outside Europe or North America. Several of those six are white artists born in Asia or Latin America; one is the journal Tropiques, which was formed in Martinique.

Other capsules don’t fare much better. All of the 20 artists included in “Corps Orbite,” a section devoted to concrete poetry and automatic art-making, are from Europe and the U.S. Likewise for a 17-artist section about artists whose works involve automata and cyborgs.

In total, the capsules account for less than half of Alemani’s artist list. So why gripe about them? What it all comes down to is the telling of history.

It’s instructive to compare the capsules to other recent shows that cast Surrealism in a global context. The most notable of them is “Surrealism Beyond Borders,” a massive survey that just recently its way from the Metropolitan Museum of Art in New York to Tate Modern in London. There’s a good deal of figures in the Biennale who also appear here—Alice Rahon, Eileen Agar, and Maya Deren, to name just three. Yet the reason “Surrealism Beyond Borders” is significant at all is because of its non-Western focus, and even a brief look at its artist list raises questions about why certain artists didn’t make it to the Biennale.

Wouldn’t Cecilia Porras, a Colombian painter and photographer who envisioned her own body in states evoking dreams, have been a good fit for “The Witch’s Cradle”? Couldn’t Cossette Zeno, a Puerto Rican painter whose abstractions resemble contorted bodies, have been placed somewhere in these capsules? Shouldn’t Mexican artist Maria Izquierdo’s late works have been of interest for their ritualistic imagery?

Magical realism, a literary movement that took hold in Latin America in the 20th century and dovetailed neatly with some of this work, is also elided entirely. You could argue that writing doesn’t have much place in a show of art, but Alemani has included a fair number of writers in one section about concrete poetry, among them the British journalist Djuna Barnes and the Italian poet Mirella Bentivoglio.

Two 2016 shows about the Egyptian Surrealist movement—one held initially in Sharjah, the other held first in Paris—are largely unacknowledged influences on “Surrealism Without Borders,” which has a whole section on Egyptian Surrealism. Those shows helped canonize that group, known as Art et Liberté. In focusing solely on a kind of Surrealism that came out of an African country, these shows stood as stone cold proof that there were different strains of the movement that emerged beyond Western Europe. Those exhibitions probably should have been taken as an inspiration for this Biennale too. Just two artists associated with Art et Liberté, Amy Nimr and Ida Kar, made it into the Biennale.

And though its focus is the period after the end of Surrealism in Europe, “Postwar: Art Between the Pacific and the Atlantic, 1945-1965,” 2016–17 survey of that era curated by Okwui Enwezor, Katy Siegel, and Ulrich Wilmes at the Haus der Kunst in Munich, could have offered further insights for the capsules. The Nigerian painter Colette Omogbai, a self-described Surrealist, and the Japanese artist Atsuko Tanaka, whose famed dress made of lighting filaments is about as cyborgian as it gets, would have been helpful additions.

A criticism that could be levied against Alemani’s historical capsules is that they are too diffuse—the version of Surrealism on offer isn’t really just Surrealism but something more than that, a messy web of intertwined artistic styles that cohere from an aesthetic standpoint but not from a historical one. But the problem is not that the Biennale’s capsules are too open. Instead, it is that they are too closed off—that they are evocative of the same Eurocentric narrative we’ve long been fed, albeit with a feminist twist and a few additions.

Alemani’s additionsinclude Baya Mahieddine, an Algerian painter of women wearing voluminous clothes; Toshiko Takaezu, a Hawaiian-born potter of Japanese descent; and Meta Vaux Warrick Fuller, a sculptor who, during the Harlem Renaissance, enlisted age-old Egyptian imagery for a new era. In a sea of European artists, these new figures come to seem like outsiders peering in, rather than as proper correlates for the Salvador Dalís and Max Ernsts of Europe. To make those artists seem at home in the canon, the whole projectneeds to be shifted.